What a dope! Bungling burglar took 300 diazepam tablets after breaking into pharmacy before having to call the police because he was stuck inside

A dopey burglar took 300 diazepam tablets after breaking into a pharmacy – but then had to call the police when he got stuck inside.

But he was then forced to dial 999 after failing to escape back out of the wedge he’d  opened up or find an alternative way out of the locked premises. 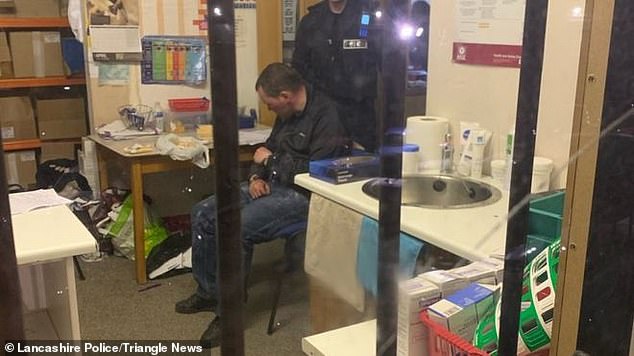 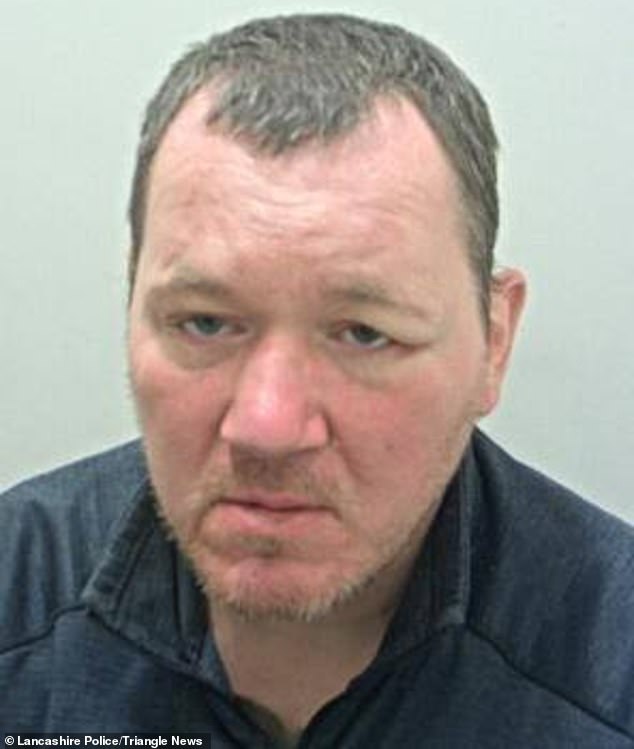 The 43-year-old old told police who he was, spelled out his name and confessed to his crimes, while firefighters and paramedics were also called out.

When police arrived at the scene, they found that he had taken a large quantity of drugs as well as concealing further pills.

A Lancashire Police spokesman said: ‘At approximately 2am on 15 April police received a 999 call from a male stating he had broken into a pharmacy and was now stuck inside and needed help getting out.

‘On officer’s arrival at the pharmacy they could see a male inside who had consumed a large quantity of drugs from the pharmacy and was extremely inebriated as a result.

‘The male had broken in using a wooden plank to prise open the metal bars on the window and once inside had taken approximately 300 Diazepam tablets as well as concealing further tablets inside himself.

‘Ambulance were called due to the large quantity of drugs taken as well as fire who were able to assist in getting the male out of the pharmacy.’

Mckay, of no fixed address, was jailed for 26 weeks by Blackburn JPs after pleading guilty to burglary and theft of £100 cash and 300 diazepam tablets.

McKay was previously jailed for 10 months in 2018 for targeting the same pharmacy and a hair salon.