Donald Trump last night said he was sending 200 ventilators to the UK after London called to say it was in desperate need ahead of the savage coronavirus peak.

Speaking at his daily White House briefing, President Trump said: ‘The UK called today and they wanted to know would it be possible to get 200 and we’re going to work it out, we’ve got to work it out.

‘They’ve been great partners. United Kingdom. And we’re gonna work it out for them. So they wanted 200, they needed them desperately.’

While Whitehall has indeed been scrambling to order thousands of the machines, Trump has engaged in public spats with his governors who have complained about ventilators being held in a federal stockpile. 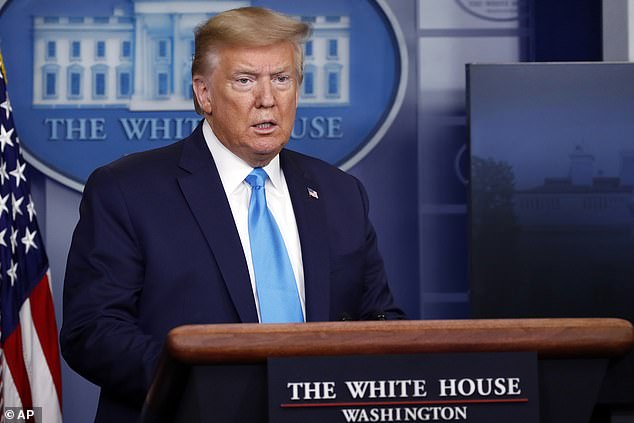 But Trump said on Tuesday he was going to have 110,000 delivered in the coming weeks while adding, ‘I don’t think we’ll need them.’ 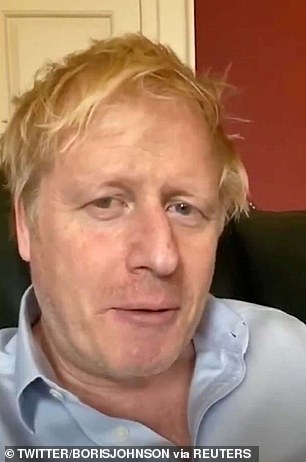 Mr Johnson, who appeared to be suffering in a recent selfie video, remains in an ICU but is said to be in a stable condition

Yesterday, the president had sent his best wishes to the PM, who he lauded as a ‘very good friend of mine, and a friend to our nation.’

The American President said he had told two ‘genius’ drug companies to contact British authorities this morning after hearing of Mr Johnson’s plight at St Thomas’ Hospital in London.

Mr Trump’s dispatch of 200 ventilators comes a day after British defence firm Babcock said it had received a Government order to produce 10,000 ventilators.

The Government had said 30,000 ventilators will be needed for the NHS to cope with the peak of the Covid-19 pandemic, although Health Secretary Matt Hancock revised this down to 18,000 over the weekend.

On Sunday, Mr Hancock warned the UK might not have enough ventilators on hand when the coronavirus peak hits, estimated to be in around 10 days.

Speaking to the BBC’s Andrew Marr Show, Mr Hancock said: ‘We need to make sure we have more ventilators than there are people who need ventilation.

‘At the moment we have between 9,000 and 10,000 ventilators within the NHS right now and we have the 2,000 spare that are critical care beds with ventilator capacity should people need to come into them and we’re ramping that up. 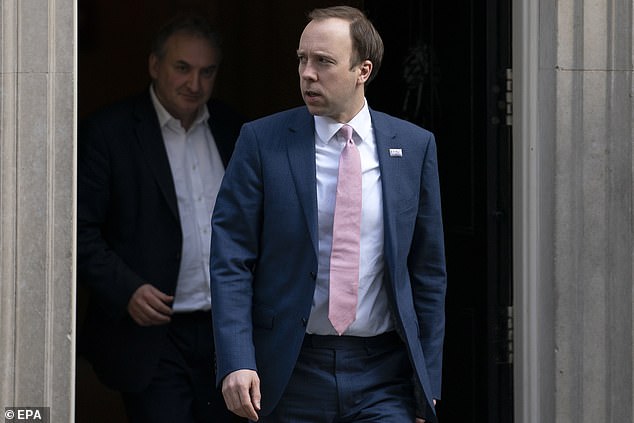 The Government had said 30,000 ventilators will be needed for the NHS to cope with the peak of the Covid-19 pandemic, although Health Secretary Matt Hancock (pictured) revised this down to 18,000 over the weekend

Asked if the country will be below the capacity it needs in a week’s time when the virus is expected to peak, Mr Hancock said: ‘No, because thankfully we’ve got the demand down because the vast majority of people are following their social distancing guidelines.’

Mr Hancock added: ‘If we manage to get this to peak within a week to 10 days then the (ventilator) demand will be even lower than the 18,000.

‘But the 18,000 is our current goal because we want to be ready with belt and braces for a worst-case scenario rather than that central scenario. 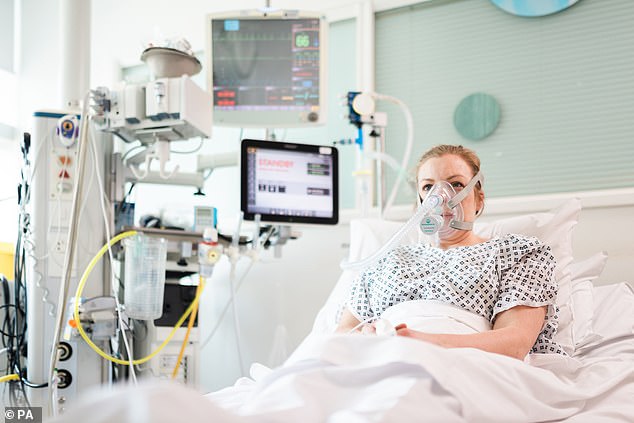 Asked how many there will be in a week’s time, Mr Hancock said: ‘There should be another 1,500’

‘If I could just explain this, because communicating about these sort of trajectories is really tough, because I want to prepare the NHS for whatever might happen and to make sure that there is always that spare capacity.

‘The modellers and the scientists might say what they think is their likely, central scenario, but that is no good for me because if that doesn’t happen we can’t just say ‘well the model is wrong, we don’t have the capacity’.

‘It was an internal target, but I’ve just told you. So my goal on ventilators is to get to 18,000-ventilator capacity and we are on track to meet that goal.’