DISTURBING footage shows a Detroit cop shoot and kill a dog in its own yard after the pet clashed with a K9.

The officer shot the dog in the head earlier this month while searching neighborhood yards in the city's east side for a suspect's weapon. 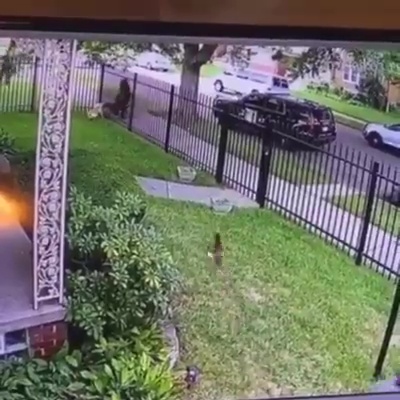 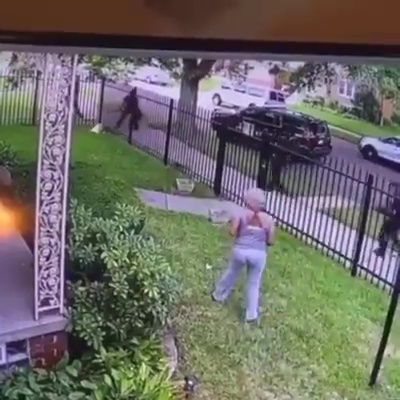 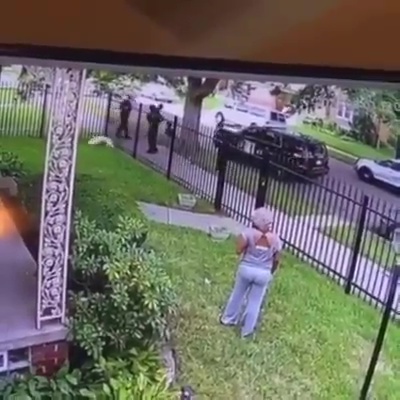 Footage of the incident, captured on a Ring doorbell, shows the officer walking along a residential sidewalk with a K9 officer on a leash when a medium-sized white dog runs up to its home's front gate.

The two dogs are then seen running together on opposite sides of the fence when the K9 approaches the gate.

The white dog grips the K9's snout through the fence as the officer reaches for her gun and fires a single shot to its head.

“Her partner was being attacked and we demand that our officers protect not only themselves but their partners and citizens," Detroit Police Commander Darin Szilagyi told the Detroit Free Press.

"At this point it was a clear and present danger; her dog was being viciously harmed," Szilagyi added.

"It's unfortunate it came to this, we don't like to see any animal hurt.”

At this point it was a clear and present danger; her dog was being viciously harmed.

Szilagyi also added that the home's front gate – a 6-foot wrought iron fence -violates city code as it is situated on the border of the front yard and the sidewalk.

He added that the dog was aggressive and had improper restraints which put the public at risk.

"I'm a dog lover, I own several dogs, I have a responsibility to protect the public from my animals, just like anyone else," he said.

"Keep your dogs in the backyards and this won’t be an issue.”

Officers were searching the 15000 block of Alma Avenue for a suspect's illegal weapon believed to have been tossed into a yard while he was on the run from police.

According to Detroit Police, when officers reached the home of the white dog, they asked the homeowner to secure the dog before beginning to search.

As they waited for the dog – believed to be a pit bull – to be secured, the officers decided to search the next home's yard.

The video has since gone viral with animal rights organizations and leaders commenting on social media with outrage, calling for the DPD to reprimand the officer.

However, Szilagyi said the officer acted according to protocol, was left with no choice and will not be reprimanded.

Szilagyi said the use of force is necessary "if you have life or death situations".

"This was a life or death situation," he explained, adding "and that is the option that a police officer has to use, and I commend the officer for making a decision and coming back to work and taking care of her partner".

The K9 officer suffered extensive injuries including a large rip through the skin of its upper snout and puncture wounds on its upper jawlines.

It will undergo tests and evaluations to determine whether it is fit to serve DPD.

The officer is back to work after completing counseling, Szilagyi said. 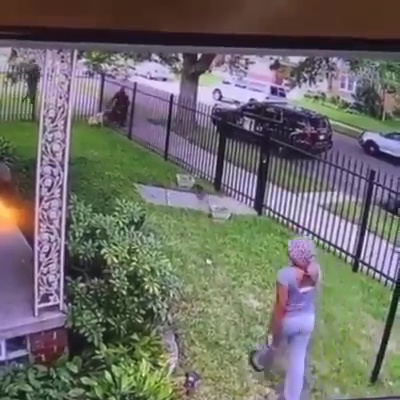