Theatre officials in London announced today that West End shows will not reopen for at least another two months due to the coronavirus pandemic.

Stage curtains across the capital will stay lowered until at least May 31, with venues continuing to miss out on revenue from up to 300,000 theatregoers each week.

Productions in London were first suspended from March 16 after the Government asked social venues to close, and on March 20 they were cancelled until April 26. 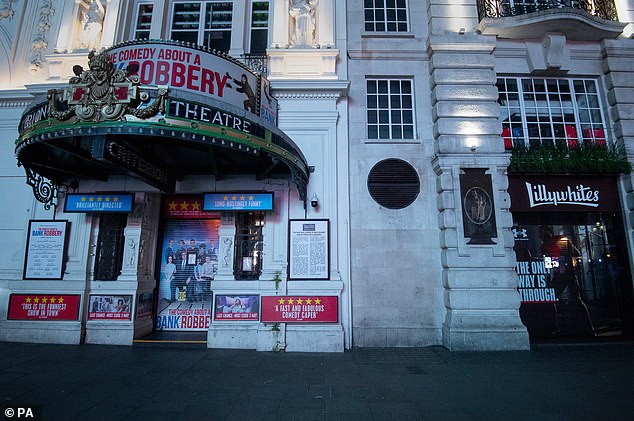 The Criterion Theatre in London, where Comedy About a Bank Robbery is being shown, is among the West End theatres which have been closed. The venue is pictured on March 24

The Society of London Theatre said it has now cancelled all shows before June to help process existing bookings while it awaits more guidance from the Government.

A SOLT spokesman said today: ‘We are now cancelling all performances up until and including May 31, 2020 to help us process existing bookings whilst we wait for further clarity from the government in terms of when we will be able to reopen.

‘We are so sorry that in these testing and difficult times you are not able to enjoy the show you have booked for.’

The organisation added that theatres are contacting customers directly to offer them a refund, ticket exchange or credit note. 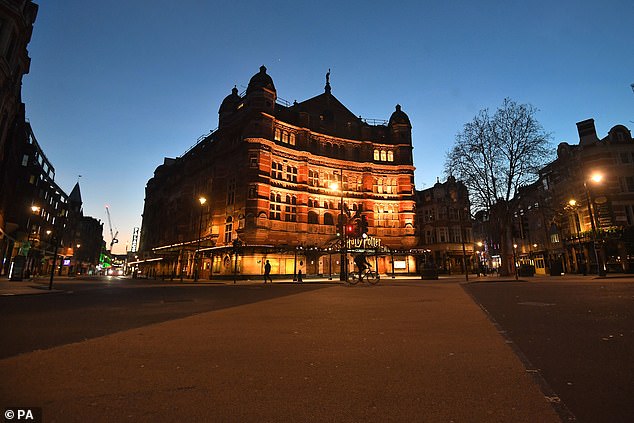 The Palace Theatre, which usually shows the Harry Potter and the Cursed Child play, sits in a deserted Shaftesbury Avenue in London on March 24

It also urged people to avoid contacting their credit card company because this will slow the process and place a further burden on box office and ticket agent teams.

Last Thursday it was revealed that composer Andrew Lloyd-Webber was making some of his hit musicals available to watch online for free during the pandemic.

He launched a YouTube channel called The Shows Must Go On to stream musicals including Joseph and the Technicolour Dreamcoat and Jesus Christ Superstar.

It began with a 48-hour release of the 2000 version of Joseph, starring Donny Osmond, Maria Friedman, Sir Richard Attenborough and Dame Joan Collins. 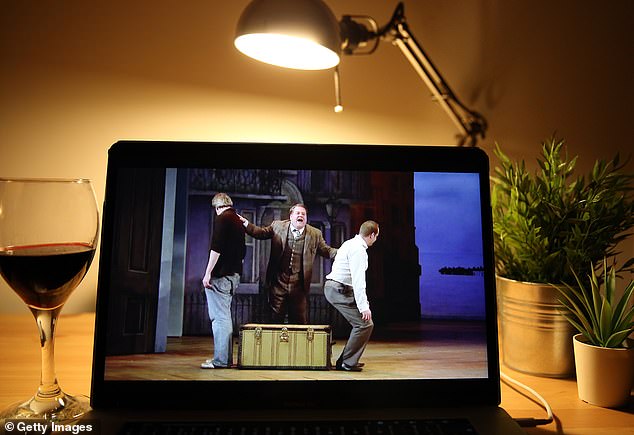 Meanwhile the National Theatre is also broadcasting plays each Thursday evening, with the first one last week being One Man, Two Guvnors starring James Corden (pictured)

The second production, to be released on Good Friday, will be Jesus Chris Superstar, which was recorded in 2012 starring Tim Minchin, Melanie C and Chris Moyles.

Each show is being made available for free from 7pm on the day of release for 48 hours, and further shows will be announced.

Lord Lloyd-Webber has been connecting with his fans on Twitter during the isolation period and has been taking requests from them for him to play on the piano.

Meanwhile the National Theatre is also broadcasting plays each Thursday evening, with the first one last week being One Man, Two Guvnors starring James Corden.