CORONAVIRUS home tests for key workers were taken within 25 minutes as thousands flocked to the website.

By 8.21am the government's website told hopefuls the applications for DIY kits were closed. 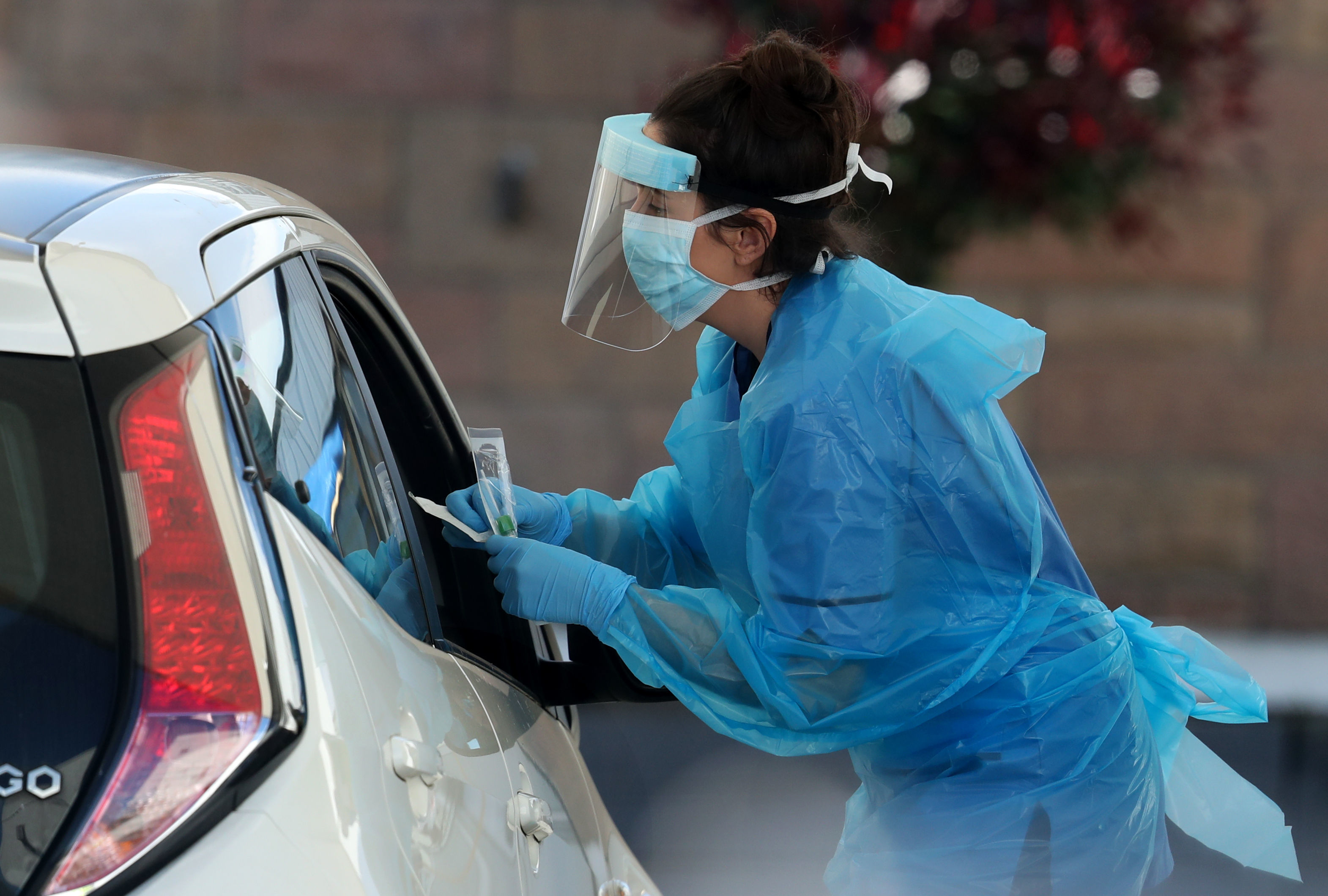 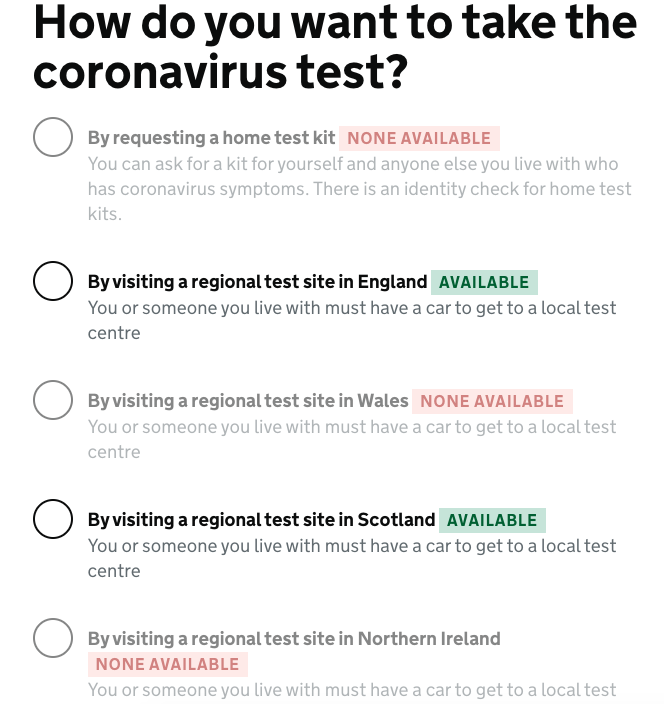 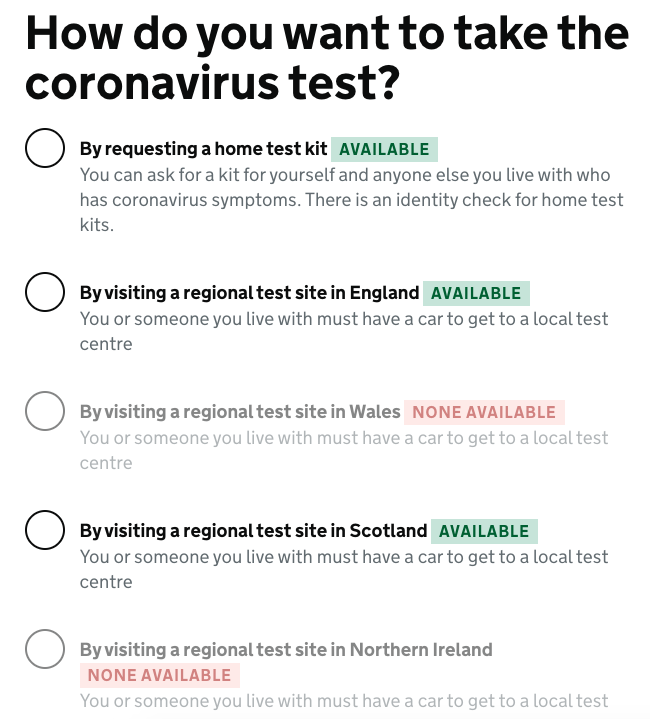 Key workers hopeful of requesting a home test kit were told there were none available.

However, more slots are expected to be released throughout the day.

Key workers and their families are still able to book a test by visiting a regional site in England and Scotland.

The website had last night been closed after "exceptional demand" with the bookings to reopen at 8am today.

But Transport Secretary Grant Shapps insisted the site had not crashed.

He told the Downing Street: "It looks like the trajectory to 100,000 tests by the end of April is going to be met in terms of capacity.

"I would say, after today, the demand is there, so if those two things come together we will have it being met."

About 16,000 tests have already been booked through the website.

Criticism has been levelled over a series of test shambles in the UK – as drive-through sites for NHS tests were pictured looking empty and some results were found to be inaccurate.

Frustrated people trying to get hold of tests complained the process was complicated and they couldn't find a category for their job role. 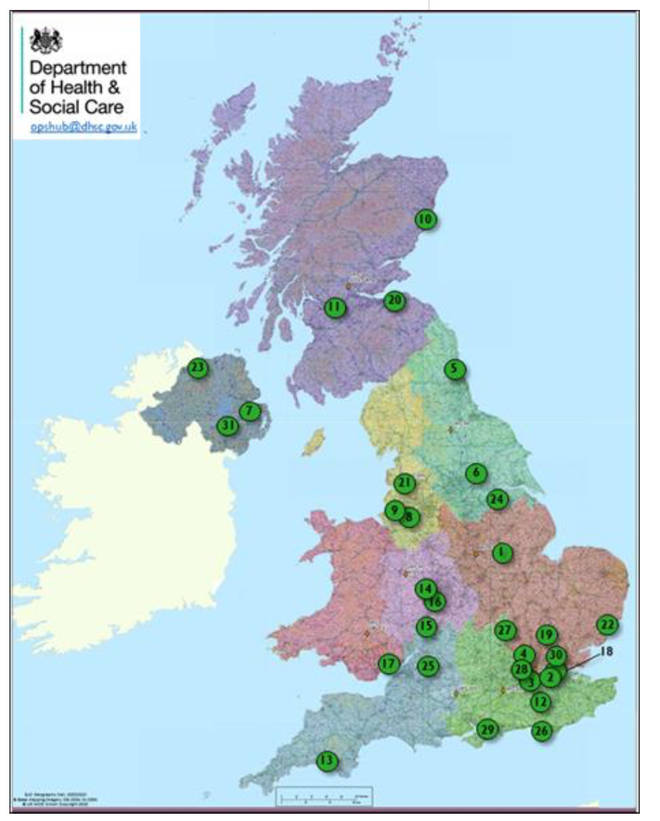 Health Secretary Matt Hancock had claimed it was as easy as "booking a flight" but many said they got error messages as the website struggled to cope.

He had announced on Thursday that seven million of England's key workers and their families could get coronavirus tests.

The radical new plans mean that essential workers including teachers, bankers or supermarket workers were invited for testing.

For Brits without a car, home testing kits, including swabs and instructions, were made available to order online.

Those who were first to get their hands on one will have them delivered by Amazon within the next 24 hours before being collected by the Royal Mail the next day – with results promises within 72 hours of collection.

At least 10 million people are thought to qualify for the tests now, No10 think, and thousands will be able to go back to work if theirs comes back negative.

Professor John Newton said that the Government's target to test 100,000 people a day by the end of the month was still on track, despite just 20,000 taking place yesterday.

There are now dozens of drive through testing sites available across the country, but workers have told how they have to drive hours to get there.

There are plans to set up around 50 testing centres like this in the coming weeks. Those who can't get there will be able to access mobile testing units, or get them sent to their doors.

The five ways key workers and their families can get a test are:

Where are the drive through test centres?

There are now 29 Regional Test Sites set up by the Department of Health and Social Care: 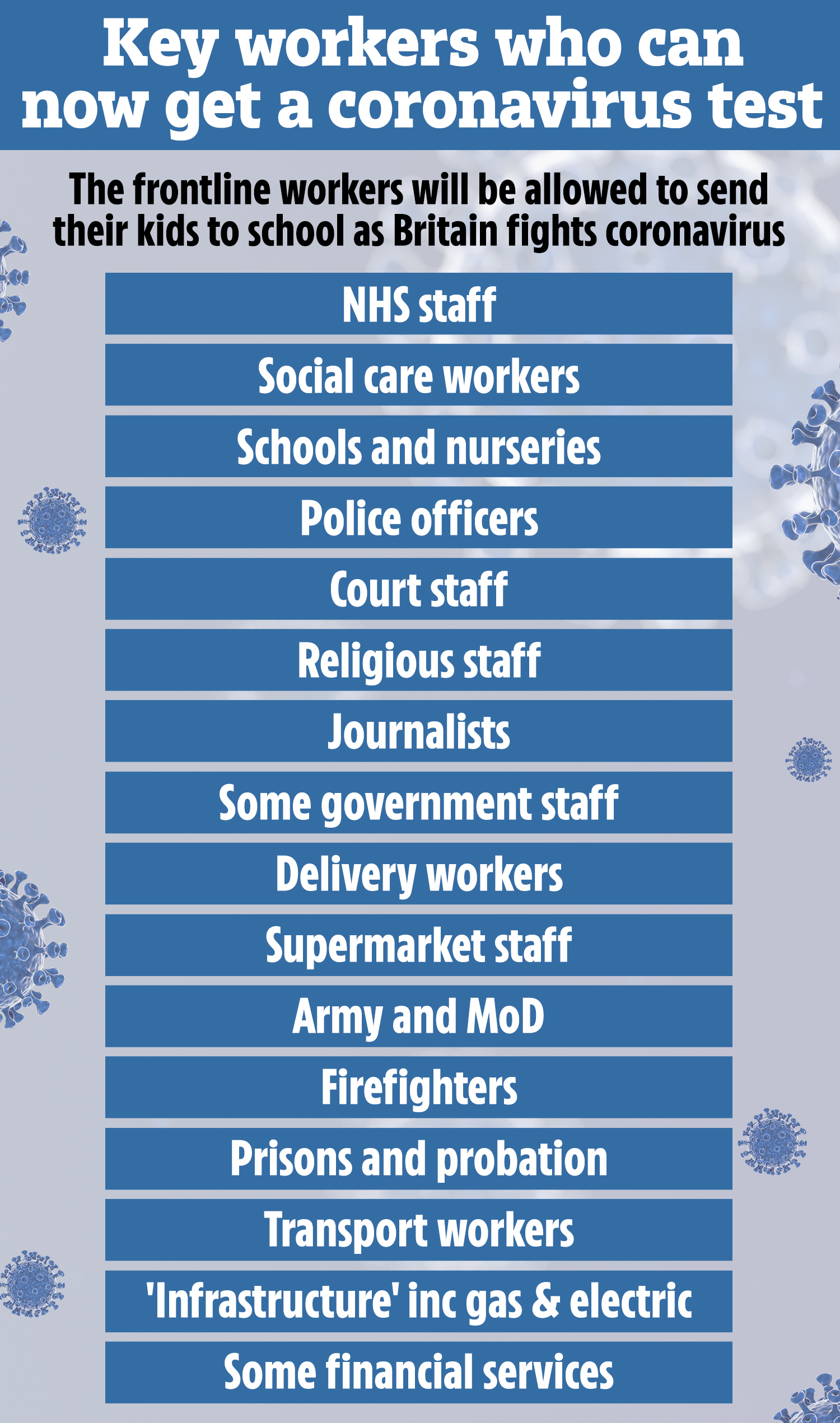 We are urging Sun readers to sign a petition calling for our NHS staff to be awarded the George Cross.

We are backing a proposal by Lord Ashcroft to honour our health heroes with the gallantry gong given for acts of bravery that did not take place in battle.

A No10 spokesman said: “The NHS is doing a fantastic job and the nation will want to find a way to say thank you when we have defeated this virus.” SAS hero Andy McNab added: “The award of a George Cross would show an emotional appreciation.”

We are asking our readers to please sign the petition below.

Brits were last night warned that the coronavirus lockdown won't be lifted if they flout rules.

Mr Shapps said the answer of when the measures will be altered is "in your own hands".

But he said the peak "isn't over" and urged people to continue to stay at home.

He said: "The country has done incredibly well in adhering to social distancing and there is a danger as we go into yet another warm sunny weekend that people think that perhaps these graphs are showing that the peak is over.

"It isn't over, we're riding perhaps, we hope, a downward trend but it is by no means, no means established yet.

"When people ask me when will the measures, the social distancing, the stay at home measures, be altered, my answer in some ways is that some of this lies in your own hands."

It came as Brits appeared to be cracking under the strain of the lockdown, with traffic on the roads creeping up by 10 per cent.

Drivers were seen queuing at a Costa Coffee in Mansfield, hundreds of people flocked to the seafront in Hove, East Sussex, shoppers gathered at a B&M in Chelmsford, Essex, and people were seen drinking on Hampstead Heath in London. 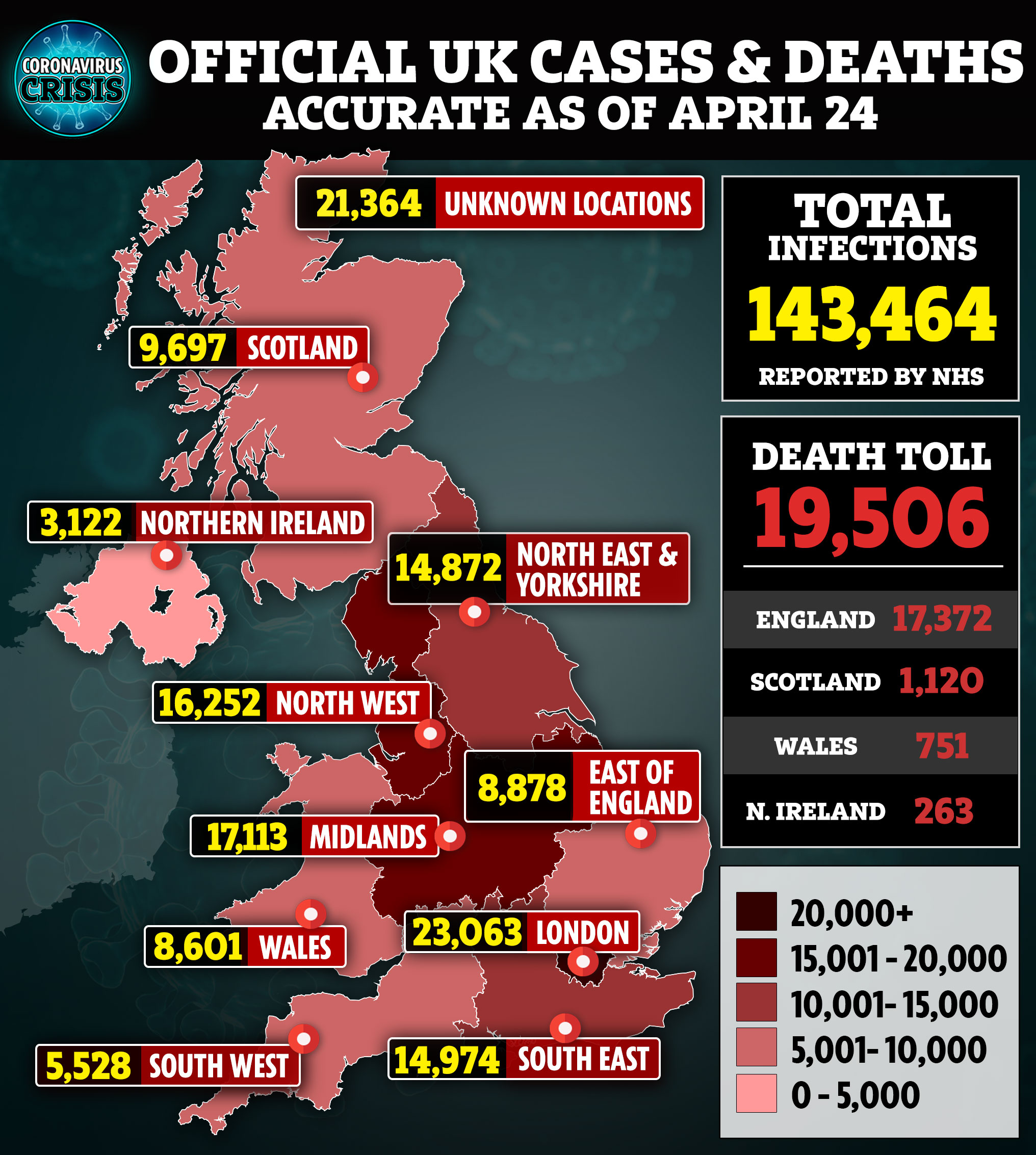 Tags: Coronavirus, for, Home, key, tests
You may also like
Recent Posts