BORIS Johnson called Carrie Symonds as soon as he was handed back his phones after being moved out of intensive care.

The PM made quick calls to his pregnant fiancee Ms Symonds, 32, and other members of his family after being moved out of the ICU ward during his coronavirus battle. 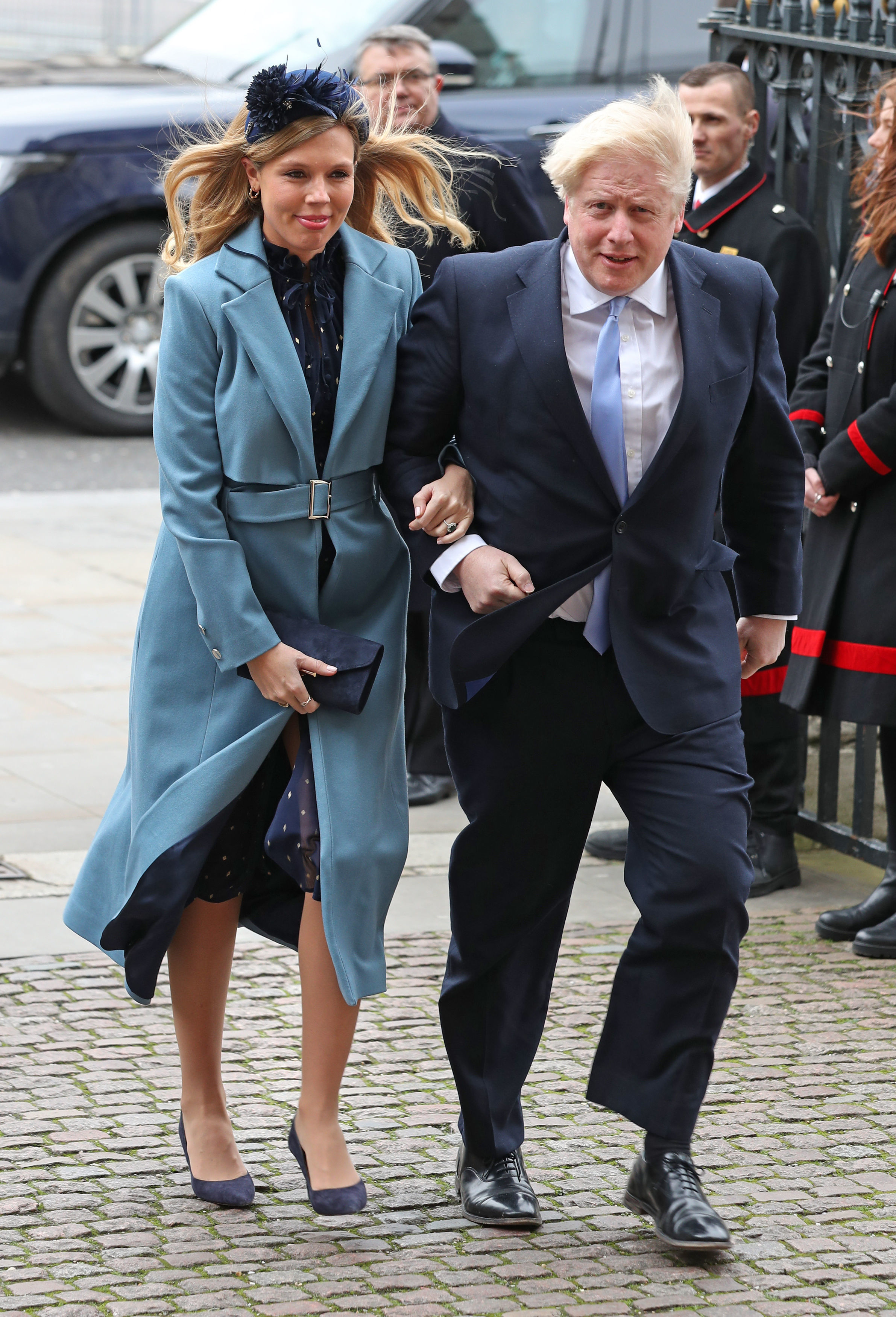 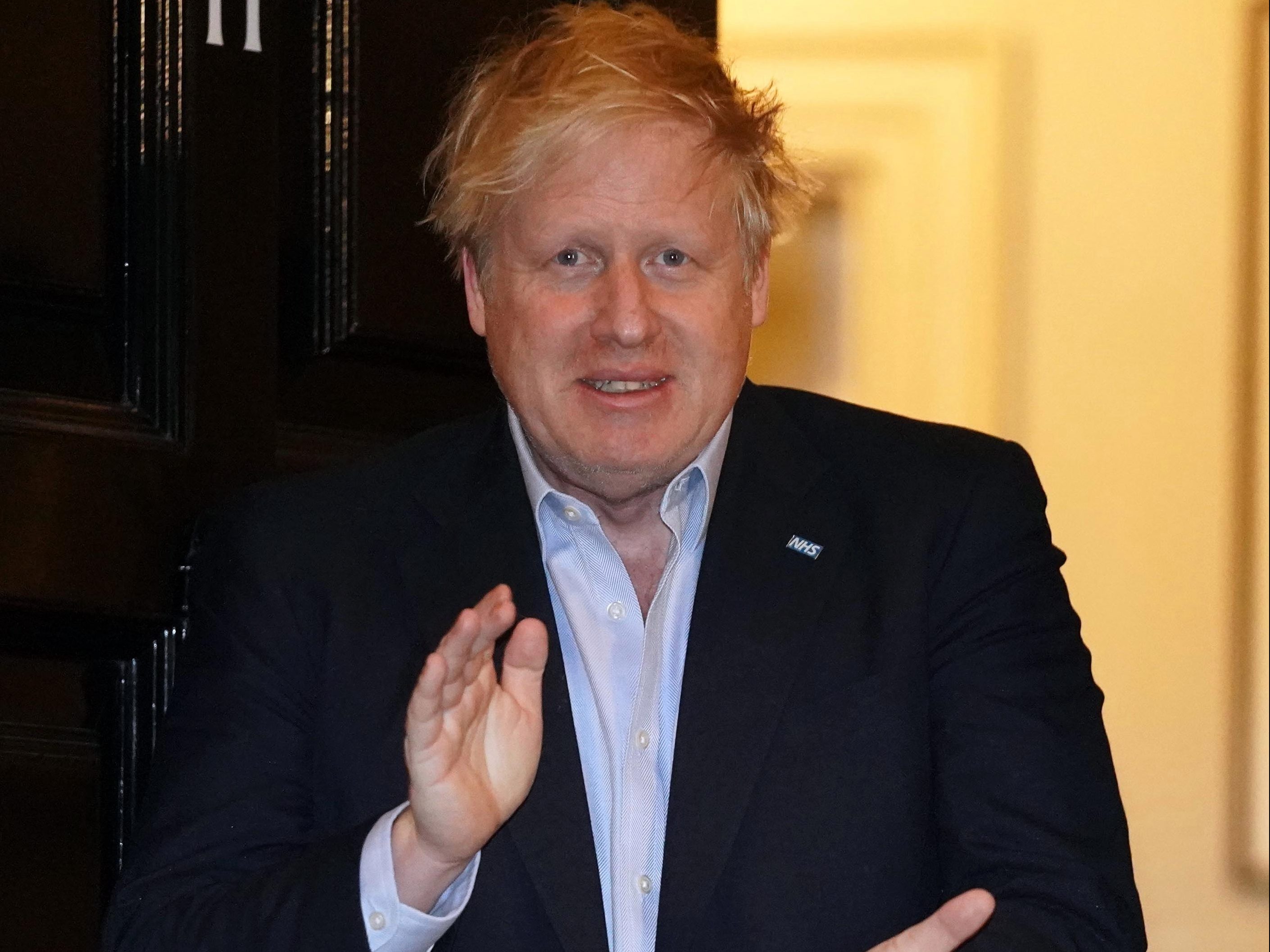 Mr Johnson has been at St Thomas’ Hospital in Westminster after being rushed there in concerning conditions on Monday night.

Doctors handed Boris back his two mobile phones after a tense 72 hours on the ICU ward and he is now expected to need up to a month’s rest.

The birth of his child with Ms Symonds is only weeks away and the couple have been apart since he went into isolation on March 27.

His relieved fiancée posted a picture of a rainbow with clapping emojis after the good news, timing it for the 8pm Clap for Carers on Thursday night.

Mr Johnson father Stanley Johnson said the whole family were “tremendously grateful" to the NHS for helping the PM.

He also said they were "amazingly thankful for the tremendous outpouring of support" from the public.

He explained: “He must rest up. As I understand it, he has moved from the ICU into a recovery unit but I don’t think you can say this is out of the wood now.

He must rest up. As I understand it, he has moved from the ICU into a recovery unit but I don’t think you can say this is out of the wood now.

“He has to take time. I cannot believe you can walk away from this and get straight back to Downing Street and pick up the reins without a period of readjustment.”

The PM’s progress came as a massive morale boost to the nation as we enter the key Easter period in the fight against coronavirus.

A No10 spokesman said: "The Prime Minister has been moved this evening from intensive care back to the ward, where he will receive close monitoring during the early phase of his recovery.

"He is in extremely good spirits.

Officials believe the infection rate could peak on Easter Sunday.

But it is critical that Brits observe the lockdown and stay home through 25C (77F) temperatures.

The Government hopes that would enable the country to turn the tide within three weeks.

Mr Johnson, 55, passed a message back to No10 from hospital yesterday.

His official spokesman said: “The Prime Minister thanks the NHS for the brilliant care which it is ­providing.

“The claps for carers have provided wonderful, unifying moments for the entire country.

“I’m sure that tonight we will once again see people in their millions paying tribute to our fantastic dedicated care workers.”

Senior Tory allies and aides in No10 were relieved last night with one admitting they had all been “feeling pretty sick with worry” for Mr Johnson.

The PM’s recovery marks an extraordinary turnaround from the dire straits he faced just 72 hours ago.

After a terrifying initial 24 hours in hospital, hope had been growing in No10 since Wednesday that the PM was on the road to recovery.

Senior aides had feared the worst on Monday night because of Boris’s extraordinarily rapid descent.

He seriously struggled to breathe, with doctors warning it was likely he would have to go on to a ventilator if his condition worsened any more.

But they held back, after managing to stabilise him with just the use of oxygen.

And two days on, Chancellor Rishi Sunak declared his Downing Street next door neighbour was well enough to sit up in bed.

Donald Trump took to Twitter to pass on his best wishes to the recovering Prime Minister.

Labour leader Keir Starmer said that Boris's vast improvement was "good news" and said he "hoped it was the beginnings of a speedy recovery".

In a tweet he said: “So good that the Prime Minister is out of intensive care and on the road to recovery. The NHS is there for us all and I know our amazing NHS staff have given him their characteristic world-class care.”

Minutes after the news was announced, US President Donald Trump voiced his delight.

He tweeted to say: “Great News: Prime Minister Boris Johnson has just been moved out of Intensive Care. Get well Boris!!!”

UK politicians from across the divide united to express their relief.

Tory grandee Iain Duncan Smith said: “It really is great news, and is the most wonderful news going into what is likely to be a difficult Easter weekend.

I knew he would pull through, he is a fighter, and the whole country will be smiling and resting easy now that he is OK.

“I knew he would pull through, he is a fighter, and the whole country will be smiling and resting easy now that he is OK.

“I would imagine it will be a little while before he’s as strong as before but he can now move on.”

Deputy Speaker and Tory MP Nigel Evans tweeted last night: “Great news Boris — we are all behind you ! Get totally well and back on the job xx”

“The whole country is willing him on to make a full recovery as soon as possible.”

Mr Johnson could be out of action for several weeks.

Doctors said he was still in the early stages of recovery. 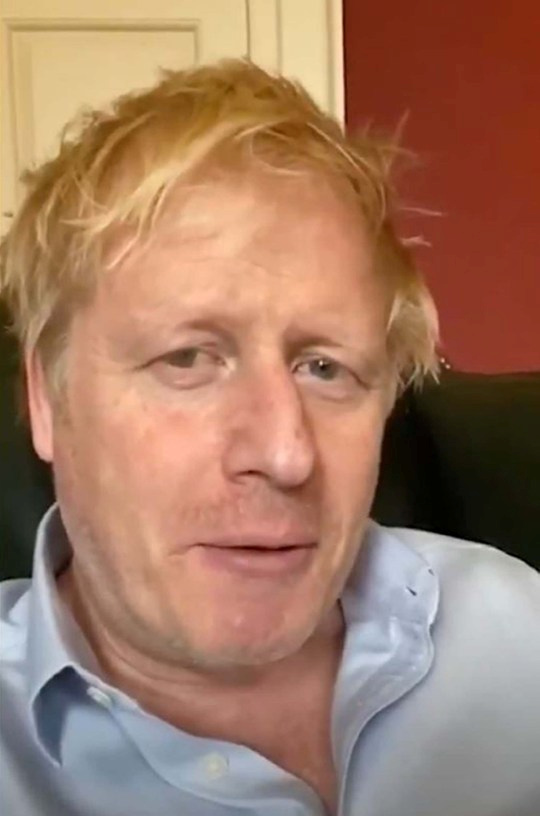 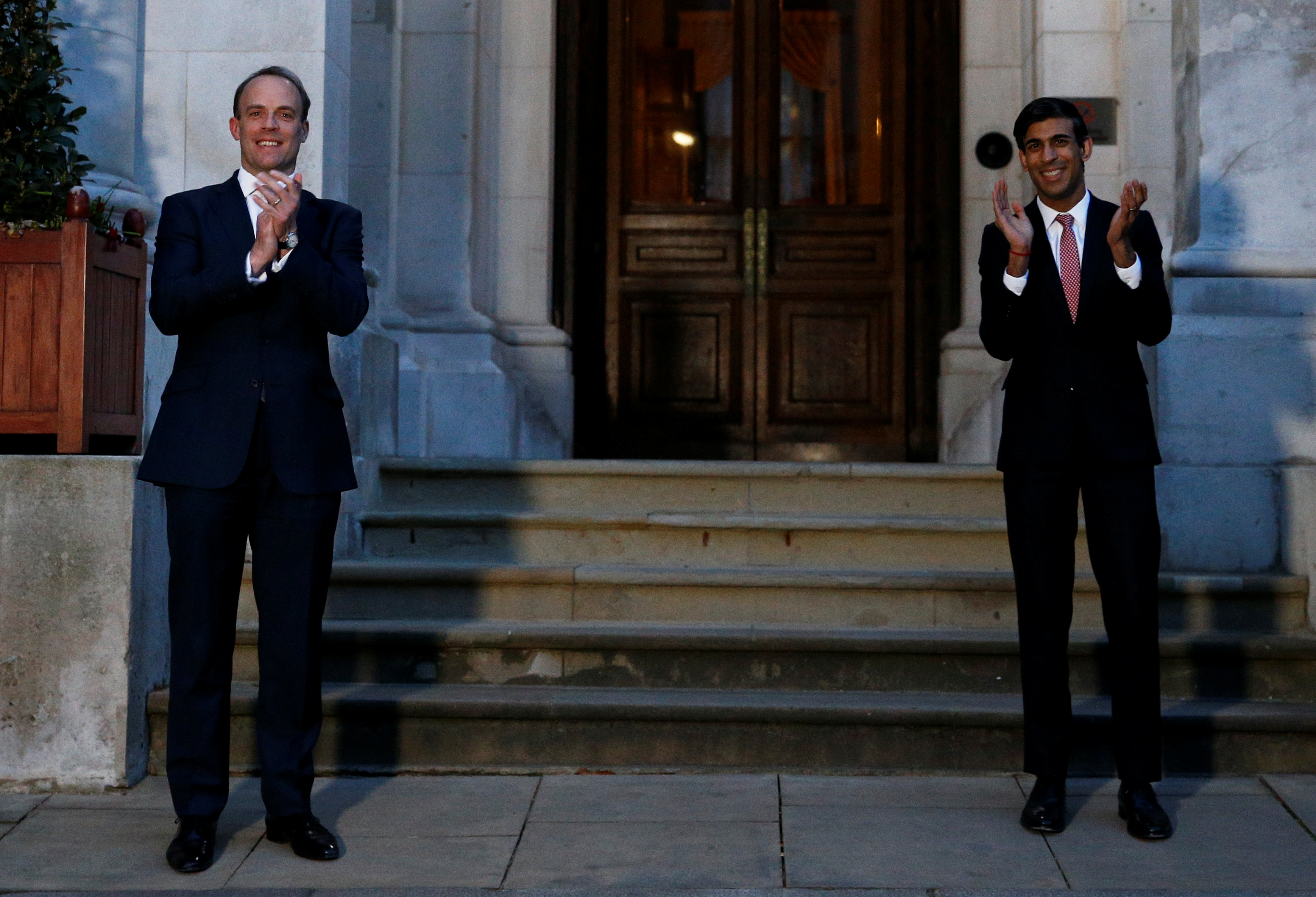 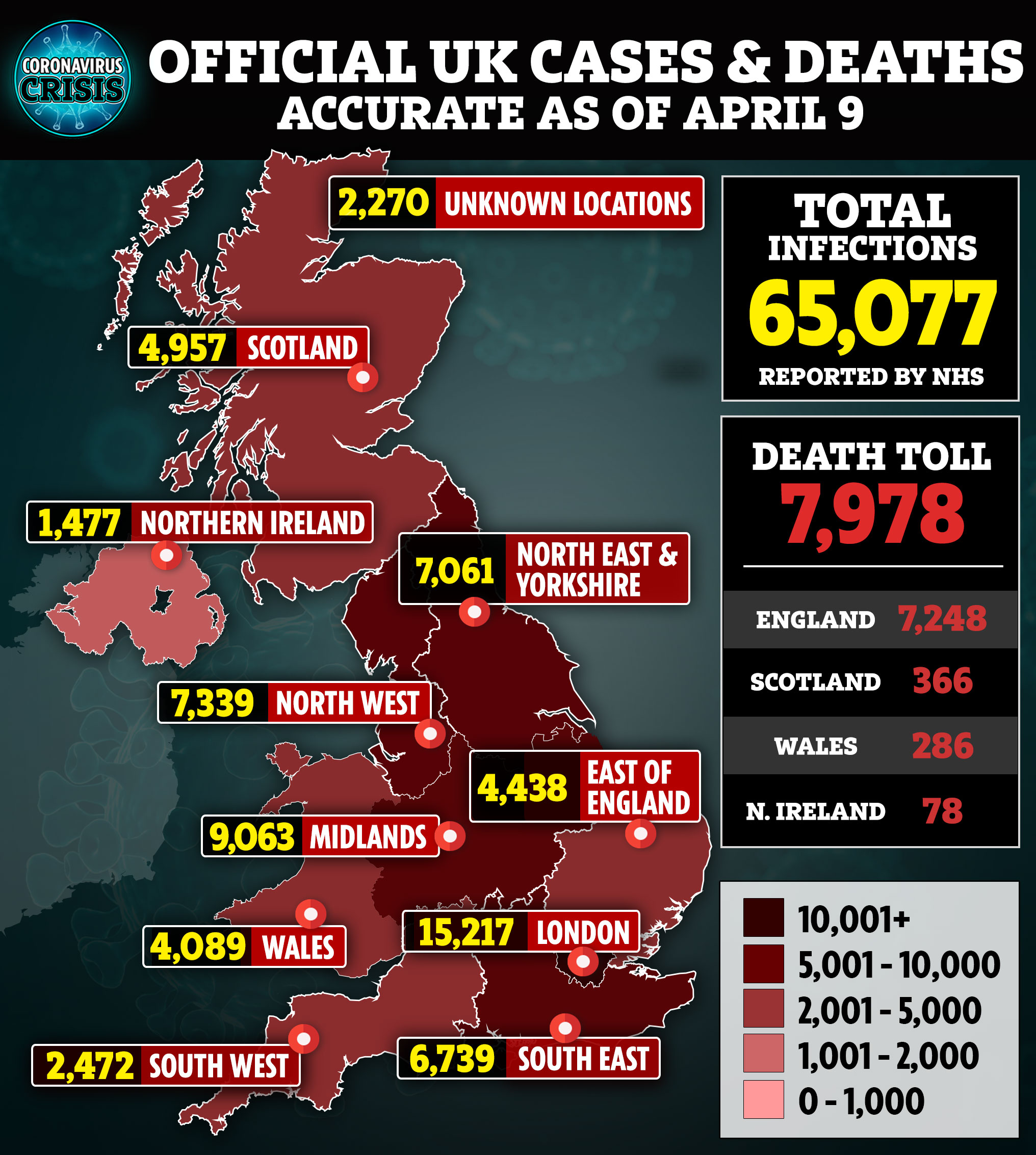 Tags: Boris, Coronavirus-hit, Johnson
You may also like
Recent Posts