Closure of public loos to stop the spread of coronavirus could cause new health disaster: Anger as parks and beauty spots are defiled with waste

Britain risks becoming ‘a third world country’ because of the decision to keep most public toilets closed during the coronavirus pandemic.

Experts last night warned of another looming ‘public health disaster’ because the reopening of conveniences has not kept pace with the easing of lockdown.

Families have spoken in horror at seeing day-trippers defiling beauty spots and parks and there are fears that shoppers will not return to the high street unless toilets are available. 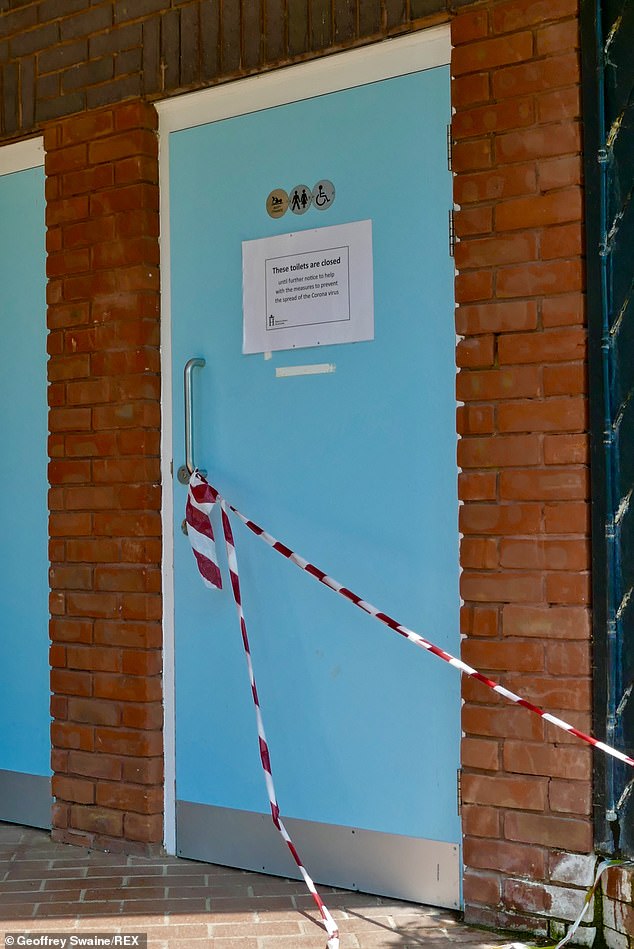 Experts last night warned of another looming ‘public health disaster’ because the reopening of conveniences has not kept pace with the easing of lockdown. Pictured: Public toilets taped off in Henley on Thames, Oxfordshire 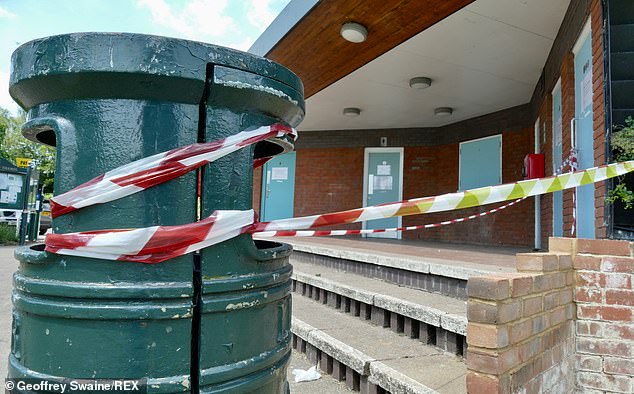 Families have spoken in horror at seeing day-trippers defiling beauty spots and parks and there are fears that shoppers will not return to the high street unless toilets are available. Pictured: Public toilets taped off in Henley on Thames, Oxfordshire

Raymond Martin, managing director of the British Toilet Association (BTA), said a decade of austerity had already seen councils close facilities and a ‘revolution’ was required for WCs in the Covid-19 era.

‘We’ve had reports of people urinating in private gardens and defecating in between beach huts on the south coast,’ he said. ‘We’re not a third world country, for goodness sake. We were once the envy of the world for our standards of hygiene and provision.’

Facilities were closed when strict social distancing rules were introduced in March because of fears the virus would be spread by people touching handrails, gates, door handles and light switches.

Some councils and parks have reopened their toilets, but an appeal by the Government to open more has largely been ignored. Those include toilets operated by Royal Parks in eight London green spaces and the National Trust, which says it will only make them available when ‘it is safe to do so’.

Warm weather last weekend saw a rush to beauty spots, including Cornwall, Dorset and the Yorkshire Dales. Bristol councillor Paul Smith likened his city centre to a ‘huge urinal’ while Peak District cyclist Tom Clark said the area had been left devastated by people who ‘have forgotten how to behave’.

‘Litter, gates left open, regular whiff of marijuana, fires caused by barbecues, human and dog excrement,’ he said. ‘All public toilets are closed in order to deter visitors and while out on my bicycle I’ve seen a lot of public urination.’

Government scientific adviser Professor Robert Dingwall said if public toilets were cleaned ‘to the same standards as commercial ones’ there was ‘nothing much to worry about it’ and cautioned that human waste might pose a greater danger to health than Covid-19.

‘Toilets carry away infections, viruses and bacteria that may ordinarily be present in the lower part of our gut,’ he said. ‘If they get to the upper part, they are capable of causing serious stomach upsets and serious infections. If you have piles of human waste littering beauty spots, they do pose a health risk.’

Cuts to council budgets have led to the closure of at least one in seven public toilets and the BTA estimates 80 per cent of councils had cut spending on maintenance. In 2010, there were 5,159 toilets run by major councils in the UK but by 2018 that figure had fallen to 4,486, according to the Royal Society for Public Health.

In the Dorset market town of Bridport, businesswoman Caroline Parkins, 72, has stepped in to buy the town’s lavatory block after the council closed it. Mrs Parkins, who owns Leakers Bakery near the block, paid £108,000 – £80,000 over the asking price – after a bidding war with property developers. 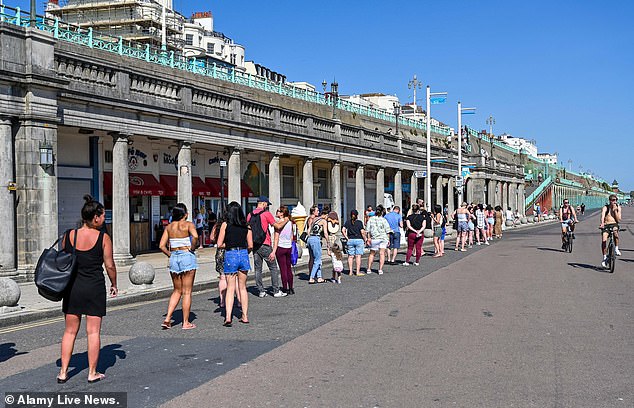 Cuts to council budgets have led to the closure of at least one in seven public toilets and the BTA estimates 80 per cent of councils had cut spending on maintenance. Pictured: Visitors queue for a public toilet on Brighton beach

She said: ‘We are a big tourist destination and the idea of not having any public toilets in the town is just ridiculous. You need them.’ After a renovation project, Mrs Parkins passed responsibility back to the council to maintain them, but they have been closed during lockdown.

High street stores are gearing up to reopen from June 15, but the continued closure of pubs and restaurants means there are already fewer conveniences.

Dr Clara Greed, professor of inclusive urban planning at the University of the West of England, highlighted the ‘economic case’ for reopening conveniences. ‘As my American toilet colleagues say, “bathrooms means business”. If there are no loos, people will be less likely to go out, to go shopping, to be tourists,’ she said.

With fewer toilets there are also concerns some vulnerable groups and parents with young children will not be able to head out for any length of time. Tom Dillon, 33, who has Crohn’s disease, said the closure of the toilets in his local park made ‘planning any exercise or time outside impossible’.

The Government said that it ‘strongly encourages’ councils to open toilets where possible but the Local Government Association, which represents councils, said: ‘People should not assume toilets will be open and plan outdoor activities accordingly.’

Tags: C, Closure, could, loos, of, public
You may also like
Recent Posts