Home
World News
City of London's empty offices to be turned into 1,500 homes

City’s empty offices to be turned into homes: Officials plan to convert workplaces left vacant after pandemic into new houses in recovery plan

The City of London today announced plans to convert offices and shops left vacant by Covid into 1,500 new homes by 2030, in a nod to the future of many town centres across the UK due to existing changes sped up by the pandemic.

The City of London Corporation, which dates back to 1191, also hopes to create a more vibrant atmosphere outside of working hours with traffic-free weekends in the summer and all-night ‘cultural celebrations’. 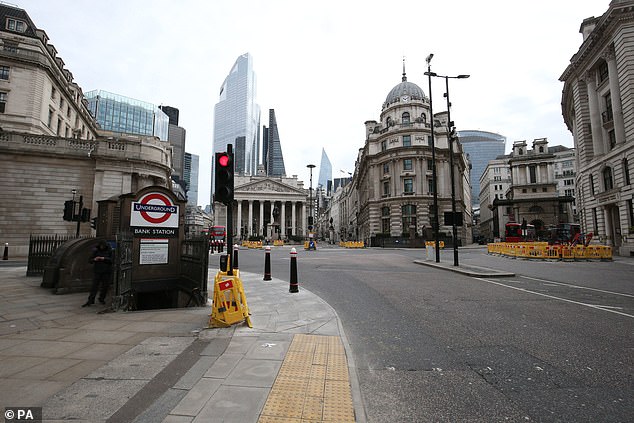 Leaders said it was vital to ‘adapt to post-pandemic economic and social trends’ to avoid being left behind, with figures released by the London Assembly last year showing nearly half of Londoners who were already planning a move intending this to be out of the capital.

London’s financial district supported 125,000 houses and flats in the 19th century, but this shrank to 7,850 today due to developments in public transport that allowed commuters to travel in from further afield.

However, as online shopping increasingly leaves Britain’s once-bustling high streets shadows of their former selves, officials in London and elsewhere are increasingly looking to housing to fill the vacuum left by empty units.

Catherine McGuinness, Policy Chair at the City of London Corporation, said: ‘The Square Mile must evolve in order to provide an ecosystem that remains attractive to workers, visitors, learners and residents. This will involve encouraging growth, fostering talent from all backgrounds, providing a vibrant leisure offer and offering outstanding environments.

‘Inclusion, innovation and sustainability should be at the core of the future City. We remain confident that the Square Mile will return to its usual buzz and vibrancy by building on these pillars.’

Other plans include boosting digital infrastructure, with a 5G network planned across the Square Mile by the end of 2022, according to the FT. 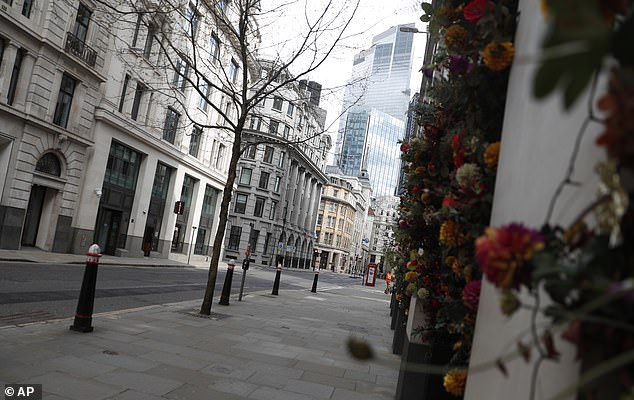 An empty Gresham Street in the City of London – the capital’s financial district – on April 6. Thousands of City workers are now doing their jobs from home

Alastair Moss, Planning and Transportation Chair, added: ‘There is no denying that the Covid-19 pandemic has changed some ways of working and accelerated some positive trends that were evident already in urban centres such as the City of London.

‘The City will continue to adapt and prove resilient due to our robust fundamentals. We will work even more closely with the property sector to promote increasingly sustainable, flexible and adaptable buildings that people will thrive in.

‘It will also be essential to continue to future-proof our supporting infrastructure, create more amazing public spaces and accelerate plans to make our streets more accessible.’

Tags: City, of
You may also like
Recent Posts