BRITS are expected to get a different Covid vaccine as a booster than the one they’ve already received, a leaked memo reveals.

The mix-and-match method could improve protection against the coronavirus, early studies suggest. 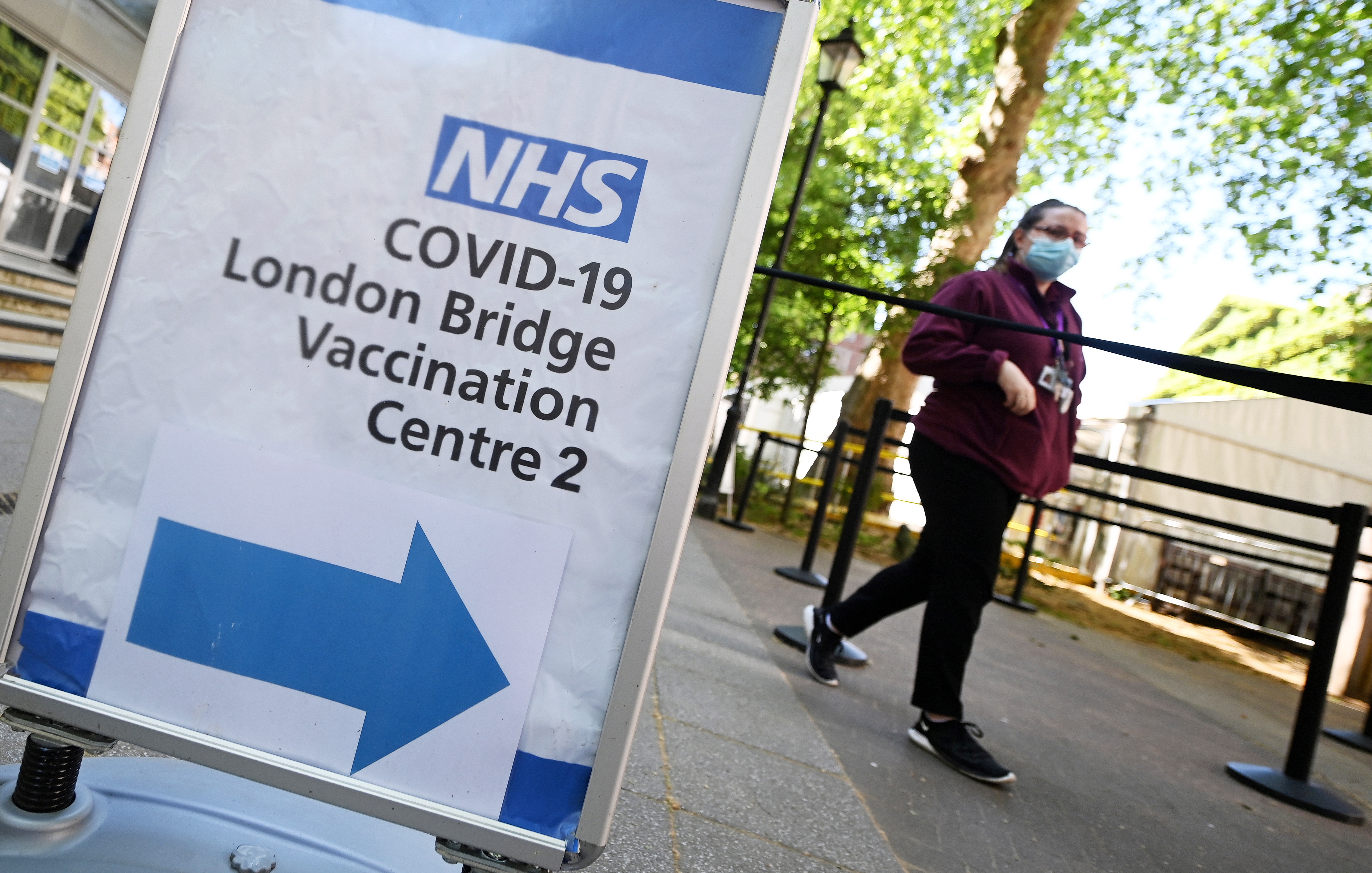 Ministers hope it will also give immunity against new dangerous variants of Covid, some of which have the ability to escape immunity.

The Delta (Indian) variant now dominant in the UK weakens the effects of the current vaccines in use, data shows.

But a booster jab could make sure the most vulnerable are protected from severe disease over the winter.

The leaked Government memo, seen by the Mail on Sunday, said “it is likely people will be recommended to receive a different brand of vaccine to the brand they received previously during this inaugural programme”.

It also detailed that the booster programme will be rolled out in the same way as the current one, with those most vulnerable, as well as NHS staff, prioritised.

But children will also start to be given jabs from later in the year, the memo circulated among health chiefs suggests.

The third phase of the jab drive will “also include vaccinations for all 16 and 17-year-olds, and potentially 12 to 15-year-olds too”.

It comes after the medicine regulator the MHRA approved the Pfizer jab for kids aged 12 to 15 years old after clinical trials showed it was safe and effective.

But The Joint Committee on Vaccination and Immunisation (JCVI) has not yet decided how to advise the Government on the use of jabs in youngsters.

Officials are preparing for a roll-out of the Pfizer jab in schools at the start of the next academic year in August or September, Government sources have said.

A booster programme is expected to start in the autumn, with ministers previously saying the elderly could start being jabbed in September.

The leaked document said jabs will be given at the same time as the yearly flu vaccination, which runs from autumn.

People will also be given advice on how to lose weight and give up smoking, it’s reported.

The PM is desperate to get obesity rates down after it has been linked to higher risk of severe Covid.

By the time third jabs start to come on stream, more vaccines are expected to be approved.

Vaccines from Valneva and Novavax are expected to get the green-light, and the UK has access to 160 million doses. 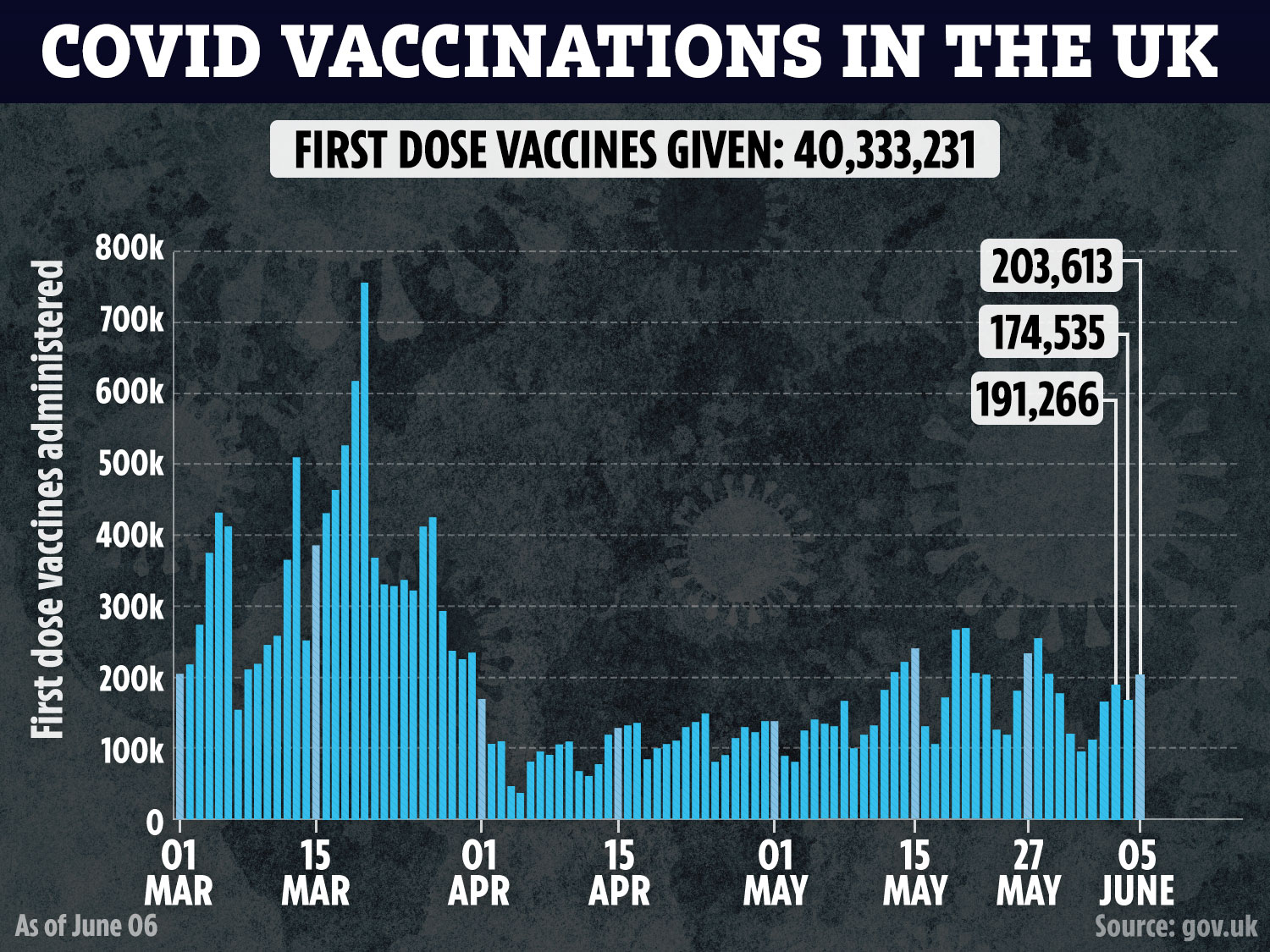 A Department of Health and Social Care spokesperson said the Government is "preparing for a booster programme to take place later this year and we continue to plan for all scenarios".

They added: "Final decisions on what a booster programme would look like will depend on the data from ongoing clinical trials, such as the Cov-Boost trial, and advice from the independent medical experts at the JCVI."

The Cov-Boost trial, announced by the Health Secretary Matt Hancock in May, will involve thousands of volunteers.

It will give information on how the immune system responds to a third jab dose so decisions can be made on how to go ahead with boosters.

Each participant, already fully vaccinated, will be given a booster – potentially different to the brand they were originally given.

Mix and matching jabs is hoped to maximise protection while also allowing flexibility when it comes to supplies.

There are huge global constraints on much-needed Covid jabs, and the UK may have access to more doses of one brand over another by the time the third phase starts.

But it may lead to more side effects, according to a large ongoing trial in the UK.

The Com-COV study showed that when volunteers were given Pfizer followed by AZ, double the number of people (41 per cent) had a fever compared with people given two Pfizer doses.

But experts say this implies the immune response is stronger.

Professor Robin Shattock, head of mucosal infection and immunity at Imperial College London, said the “mix and match process could get you into a sweet spot where you have the best protection that could be important for sustained immunity”.

Tags: Brits, Covid, different':, get, Will
You may also like
Recent Posts