Give NHS staff a medal! Britons say those on the frontline of coronavirus battle should get pay rise or special honour to say thanks

Britons believed NHS staff should get an honour or a pay rise to mark their heroic efforts to combat coronavirus.

An exclusive poll for MailOnline found nearly nine in ten people believe the government should recognise the contribution made by those on the front line.

Awarding the George Cross to all doctors, nurses and staff was supported by 16 per cent.

NHS workers have been facing a grim task as they face mounting numbers of virus cases, with the UK death toll now at 2,921 and the situation expected to get worse before it improves.

There have also been fears that many medics are being asked to put themselves at risk by being so close to infected people – with complaints about shortages of personal protection kit. Several have already died from the virus.

The survey of 1,500 people, conducted by Redfield & Wilton Strategies yesterday uncovered public anger at the government’s approach to the crisis, with ministers now under pressure to go further to combat the spread of the deadly disease. 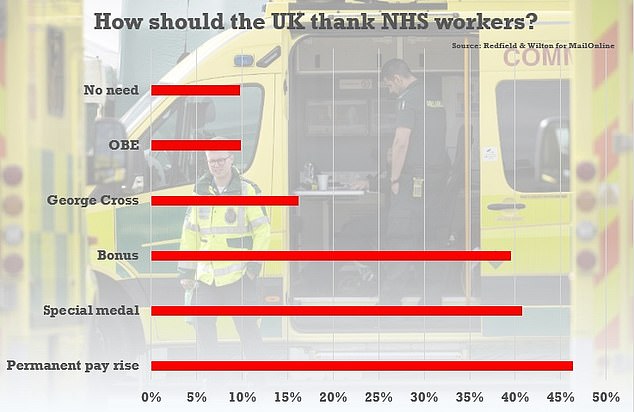 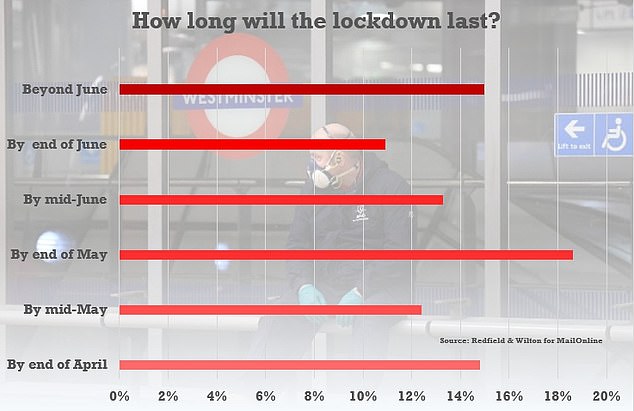 The research found 55 per cent believe the decision to implement the nationwide lockdown should have been taken earlier.

Just 34 per cent believe the decision was taken ‘at about the right time’.

Regardless of the timing issue, many people want the government to now go further with 38 per cent of the belief that the current measures have ‘fallen short’.

Some 81 per cent of respondents said they believe all commercial flights into and out of the UK should be stopped for the duration of the lockdown.

The government is adamant such a move is not necessary because there is ‘no evidence’ that closing borders or implementing a travel ban ‘would have any effect on the spread of infection’ given it is already prevalent in the UK.

The survey found there is overwhelming backing for the nationwide lockdown with almost nine in 10 people supporting the move.

The poll suggests the nation is braced for long term disruption with almost two thirds of adults – 58 per cent – believing the lockdown will still be in place at the end of May.

However, the numbers suggest some people are not anticipating lockdown being imposed much beyond that with just 13 per cent saying it could still be in place by the middle of June and 15 per cent beyond the end of June.

Downing Street said lockdown will be reviewed after three weeks but the direction of travel suggests measures could be kept in place for longer than that.

Mr Johnson has repeatedly said the situation in the UK will get worse before it gets better and a majority of people agreed with that assessment.

Just shy of two thirds of the nation said they expected the situation to deteriorate before it improves with 48 per cent believing a majority of the UK population will inevitably contract coronavirus.

Almost one fifth of the nation believes they have already had the disease and seven per cent ‘think I have the coronavirus now’.

Just over half of people believe coronavirus will have a ‘negative impact’ on their personal finances.

The nation is seemingly divided on the police approach to enforcing the lockdown amid criticism of some forces being heavy-handed. 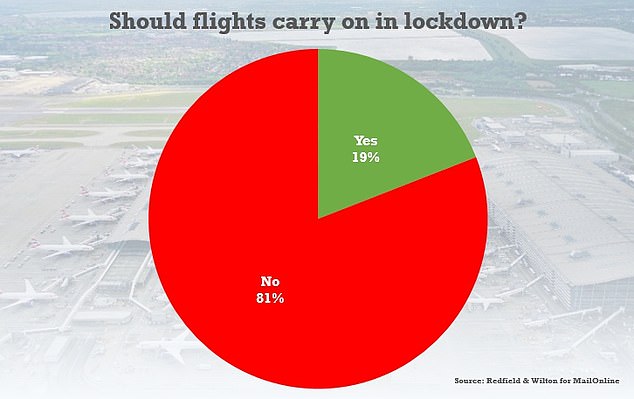 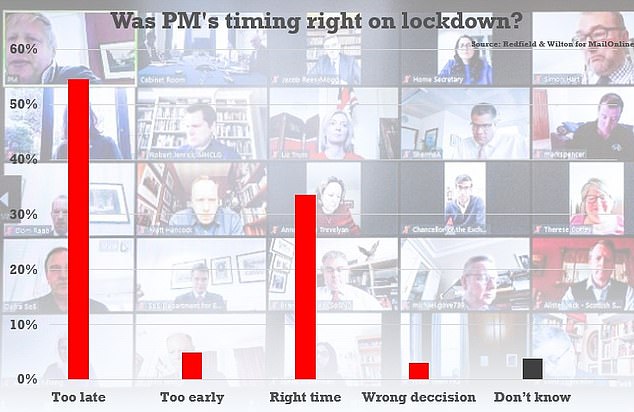 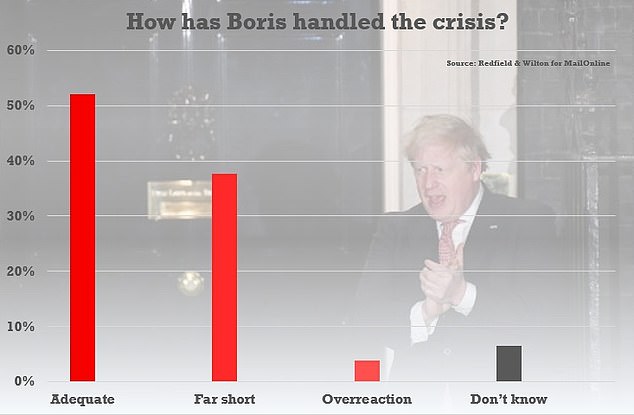 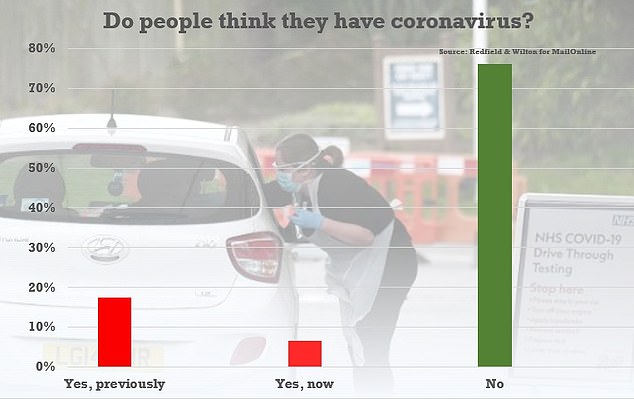 Seven per cent of the nation believes they currently have coronavirus

Some 40 per cent believe the police measures have been ‘about right’ but 33 per cent say they have ‘not been enough’.

Just 18 per cent said the police had been ‘excessive’ in their use of the powers to break up gatherings and stop people making non-essential journeys.

The current crisis also appears to have harmed many people’s view of the Chinese government.

Almost two thirds of respondents said they believe ‘the Chinese government is dishonestly reporting the number of coronavirus cases and deaths in China’ where coronavirus originated.

Tags: Britons, g, NHS, say, should, staff
You may also like
Recent Posts