‘Cancelled holiday to Spain, so Spain is coming to us!’ Britons get creative with bank holiday lockdown plans as sales of paddling pools surge 4000% and temperatures are set to hit 77F today and climb even higher tomorrow

Determined Britons are getting creative with their Easter weekend plans this Good Friday as temperatures are set to hit 77F today amid the nationwide coronavirus lockdown.

Families have been setting up paddling pools and planning for camping trips to the bottom of their gardens as they prepared to make the best of the long weekend from the comfort of their homes.

Temperatures are expected to be warmer than Ibiza in Britain today, with highs of 77F (25C) forecast in the south compared to 64F (18C) in the Spanish holiday hotspot. This soars past a 111-year-old record set for April 10 in 1909, when highs of 74F (23.3C) were recorded in Devon.

The Easter weekend temperatures will climb even higher on Saturday, with ‘long warm sunny spells’ and highs of 79F (26C) expected in London – though the Met Office has warned of some ‘scattered heavy showers’ during the afternoon.

Sunday and Monday will see cooler temperatures, with highs of 75F (24C) and 68F (20C) expected for the latter half of the bank holiday. 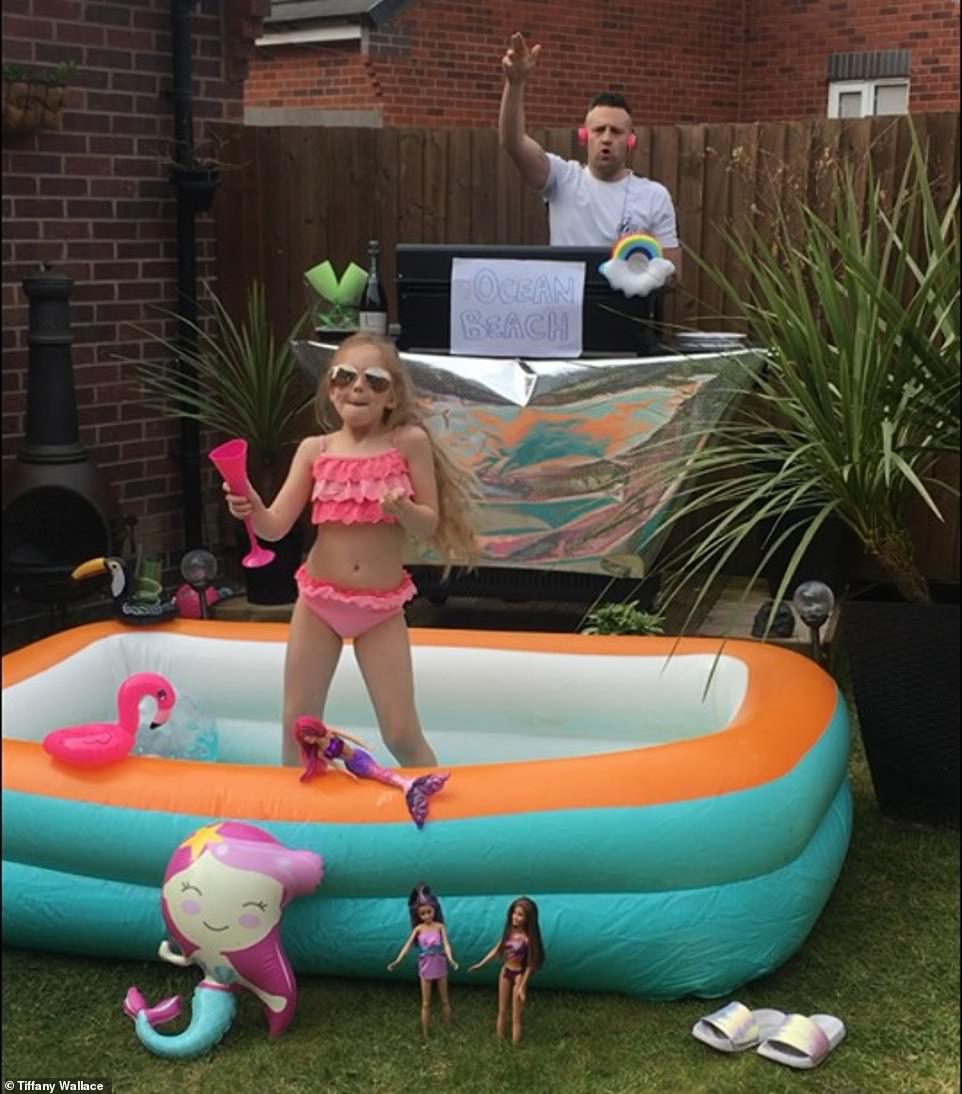 Jamie Ross, 36, from Nottingham, transformedhis garden into the world-famous venue O Beach in Ibiza for his seven-year-old daughter Ava-Olivia, complete with a barbecue, paddling pool and a selection of Barbie dolls 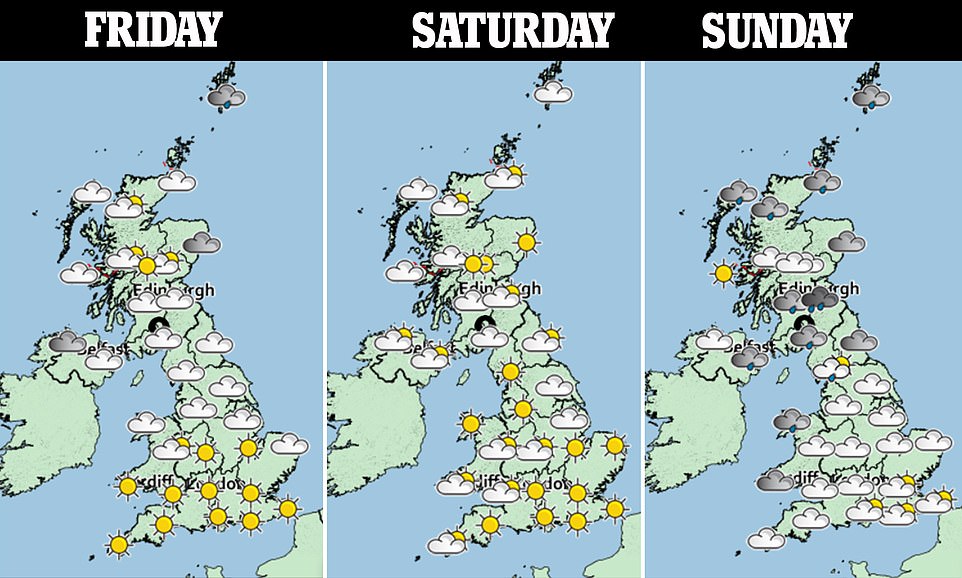 Temperatures are expected to hit 77F (25C) today, with highs of 79F (26C) forecast for Saturday. Sunday could see some thunder in the afternoon

In an early indication of bank holiday plans, Amazon yesterday reported a 4,000 per cent surge in sales of paddling pools alongside a rush for parasols and sun loungers.

Supermarkets also saw a rise in demand for barbecues and yoga equipment, the Times reported, with sales of alcohol also jumping 22 per cent ahead of the Easter weekend.

Determined Britons have come up with creative ways to make the most of the long weekend, with one father recreating an Ibiza holiday in his garden after his daughter’s dream holiday was cancelled due to the pandemic.

Jamie Ross, 36, from Nottingham, transformed the space into the world-famous venue O Beach for his seven-year-old daughter Ava-Olivia, complete with a barbecue, paddling pool and a selection of Barbie dolls.

Sharing his unique holiday method on Facebook, Jamie wrote: ‘So after a long flight, I have finally made it to Ocean Beach to DJ. Lockdown has f****d me!’

Mr Ross decided to make the video in an attempt to cheer up his daughter as she was left devastated after hearing their first family holiday was likely to be cancelled.

He said: ‘I decided to make the video when the holiday companies stopped all non-essential travel indefinitely.

‘We were meant to be going on our first family holiday as a four in June so things are not looking good. 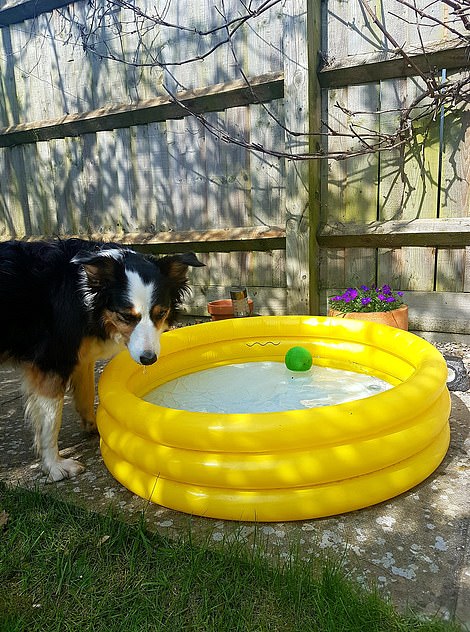 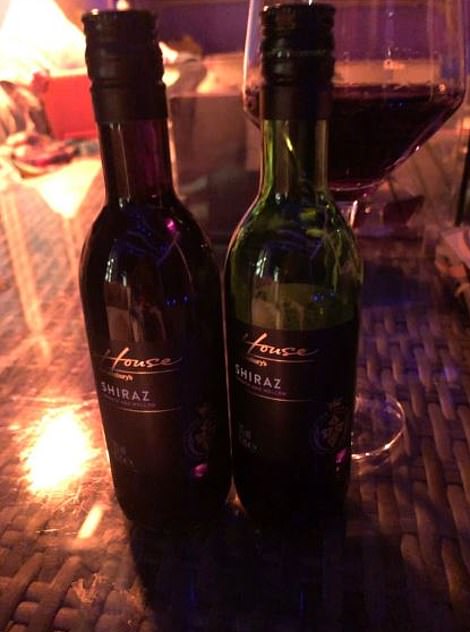 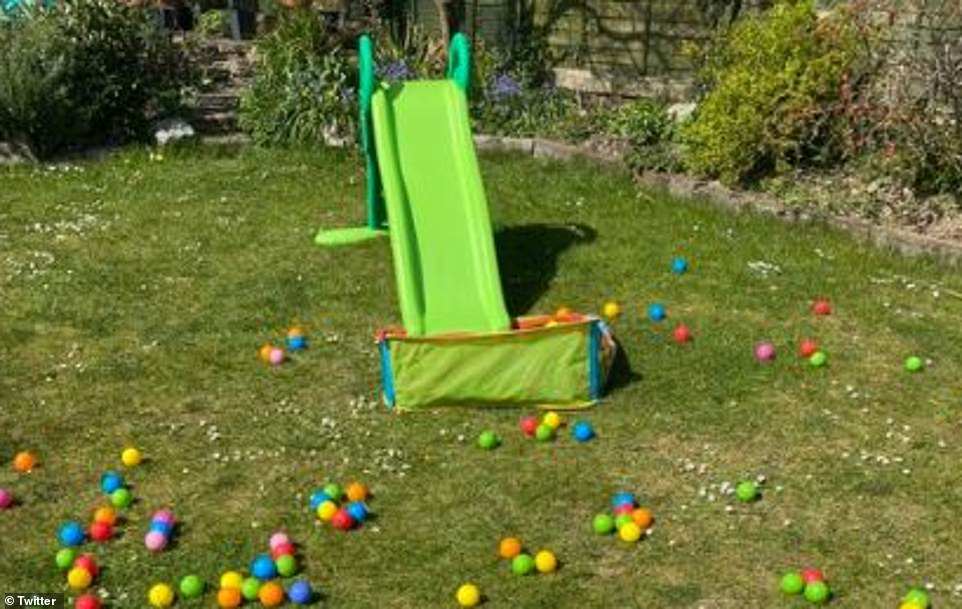 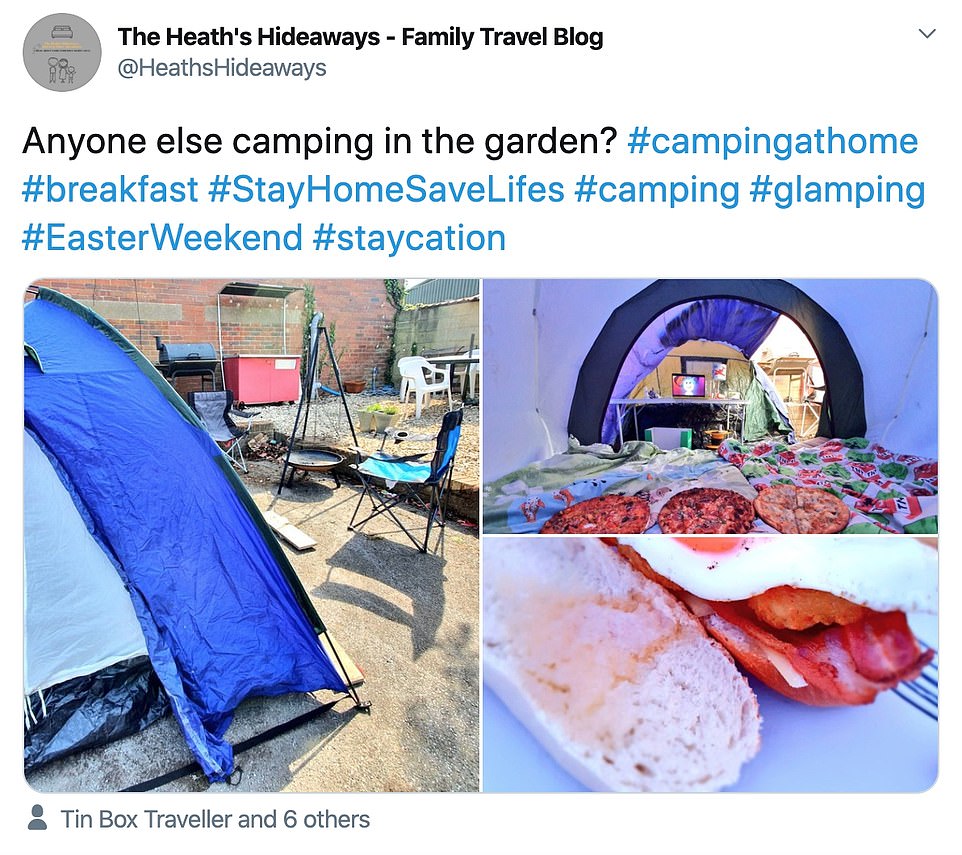 ‘I mentioned to my daughter that we might not be able to go and of course, she was really upset – mostly because she wouldn’t be able to wear her new bikini. So I thought I would bring some sort of holiday to the garden.’

Britons have also taken to social media to share their plans for the warm weekend, with one family re-creating their cancelled Spanish holiday in their garden.

On Twitter, the would-be holidaymaker said: ‘Out of office is on! Ready for a couple of days holiday to recharge.

‘Cancelled holiday to Spain, so Spain is coming to our garden! Tapas and paella. 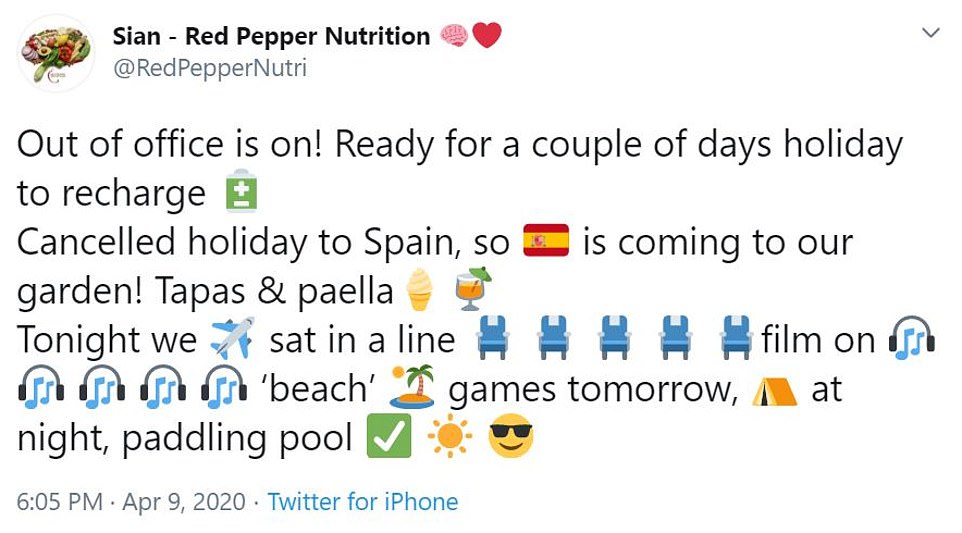 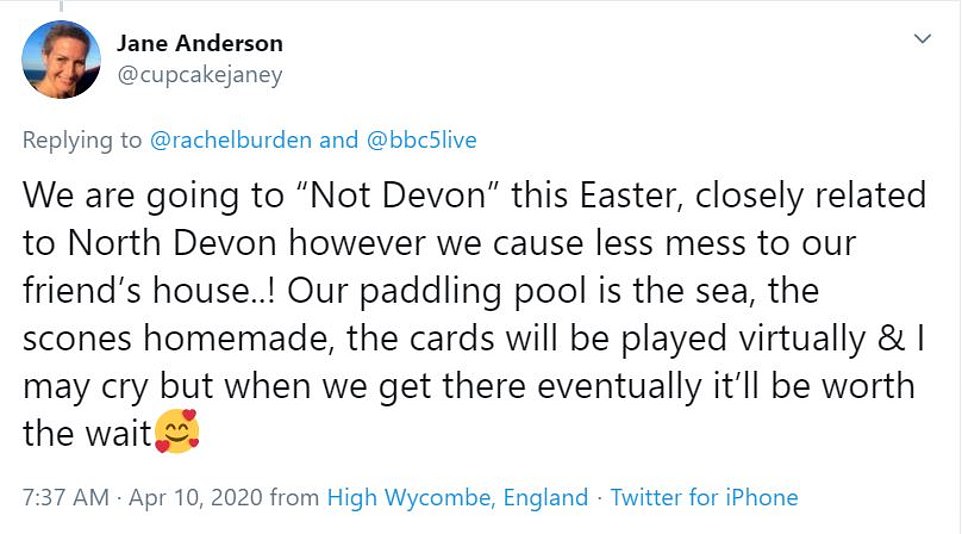 Britons have taken to social media to share their plans for the warm weekend, with one couple planning to re-create their cancelled Spanish holiday in their garden

Another woman, Jane Anderson, explain her family is going to ‘Not Devon’ this Easter, joking it is ‘closely related to North Devon, however we cause less  mess to our friend’s house..!’

‘Our paddling pool is the sea, the scones homemade, the cards will be played virtually and I may cry but when we get there eventually it’ll be worth the wait.’

Others said they would be taking part in a camping trip – to the bottom of their garden.

How are you spending YOUR Easter weekend?

‘Agreed on the condition that I was allowed a shower,’ a social media user said.

Some started their Easter weekends with a book before tackling some gardening, with others placing plastic slides into their paddling pools for the kids.

‘Paddling pool being set up in the garden,’ another added. ‘It’s not a big garden we have but its fine for the three of us and the dog.

‘BBQ to the side and music playing… our sunbathing will be done there! Let’s hope others are doing the same this weekend.’ 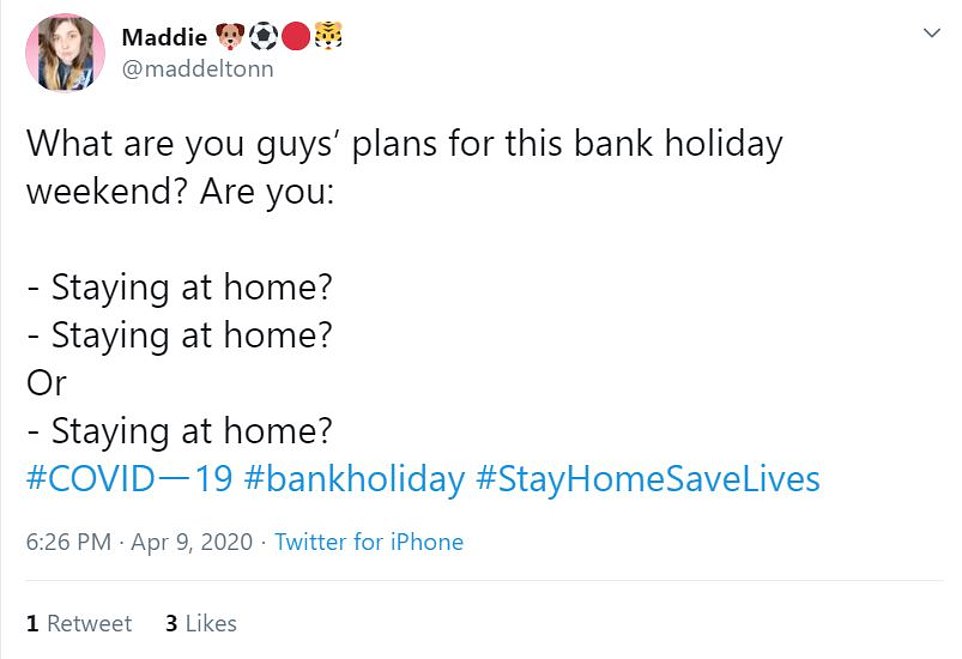 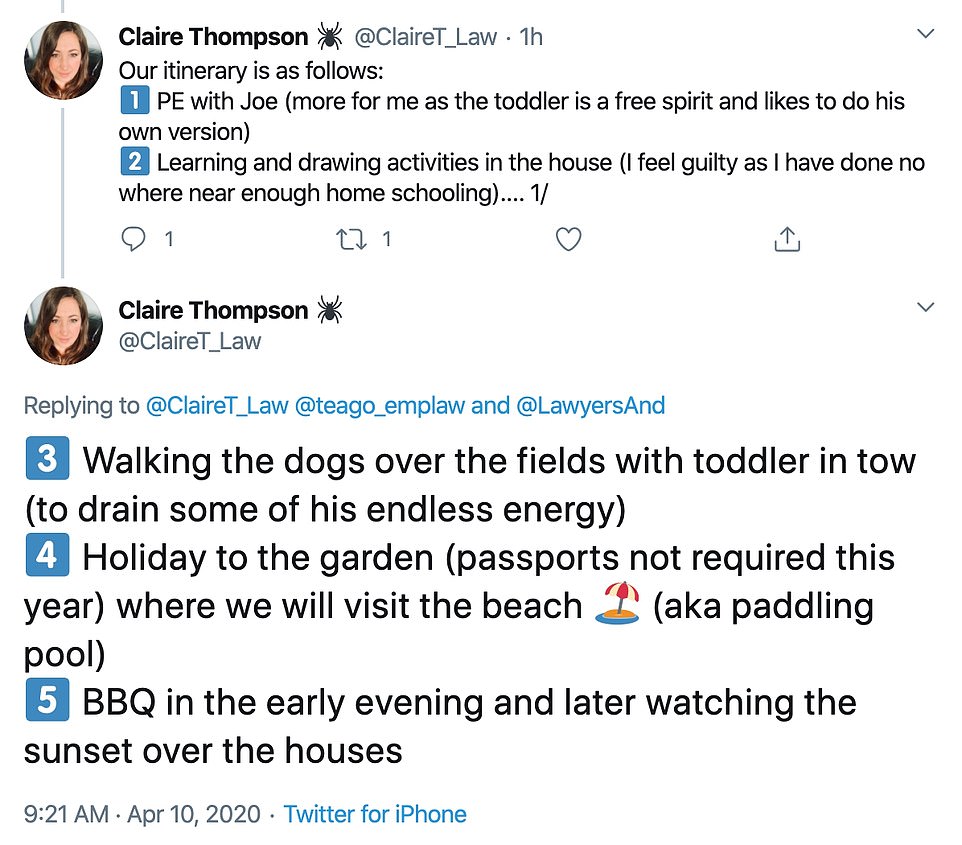 Some started their Easter weekends with a book before tackling some gardening, with others placing plastic slides into their paddling pools for the kids

He said: ‘A temperature of 25C is likely today as a spot high somewhere, it will be widely 21 to 23, and 24 maybe and then somewhere in the western side of England is likely to get to 25C and maybe West London as well.

‘It’s going to be another warm day for much of the country on Saturday particular in England and Wales. The highest temperatures of the year so far is expected on Saturday with highs of 26C in some parts of London.

‘There will also be scattered showers on Saturday which will be the difference between yesterday and today which has been widely sunny so far.

‘There will also be spells of sunshine for Scotland on Saturday.’

Mr Box said this rain will continue into Easter Sunday, with the ‘odd rumble of thunder’ expected in the afternoon – with ‘lots of sunshine in between.’ 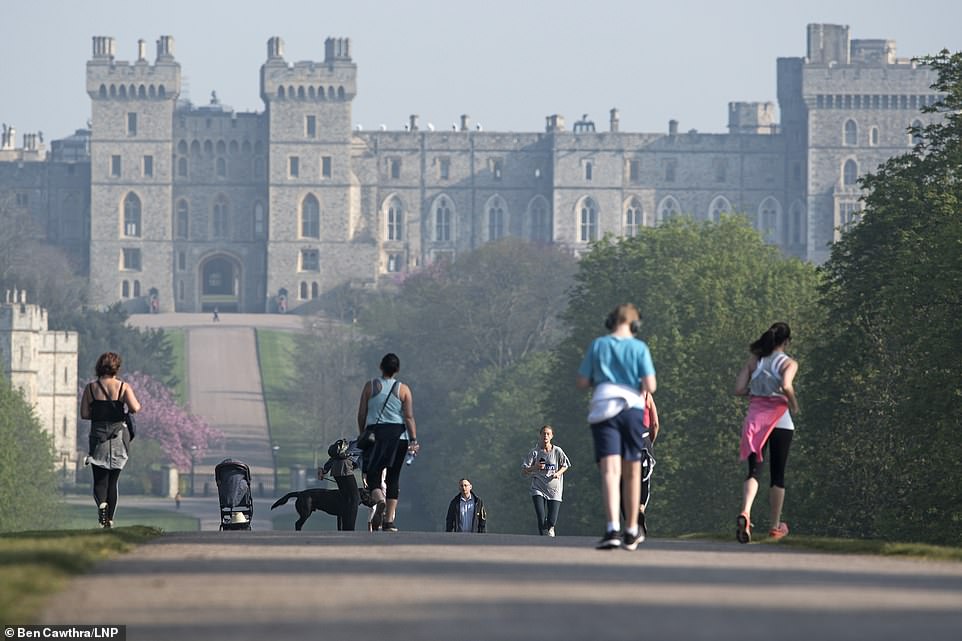 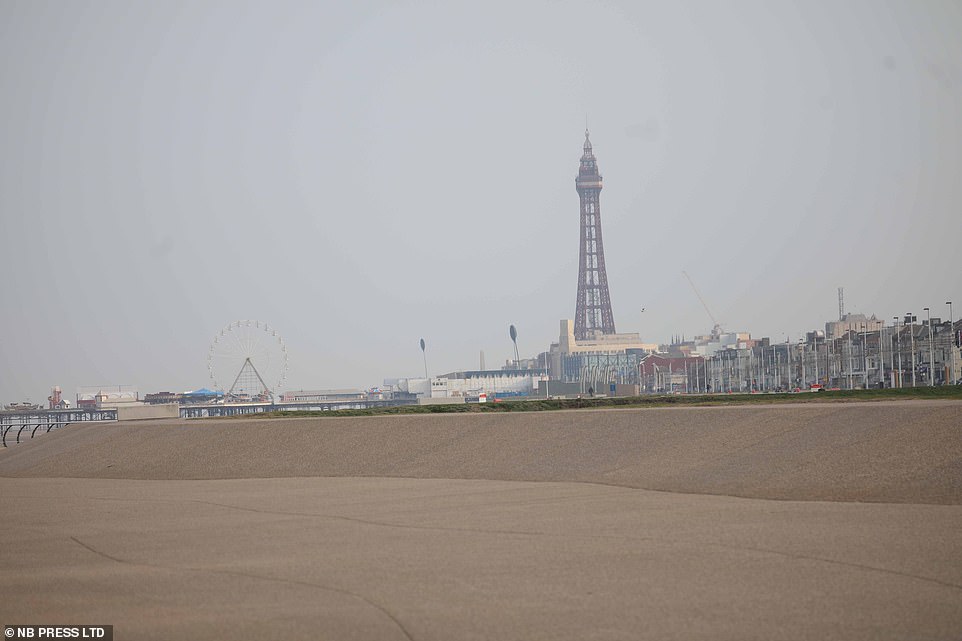 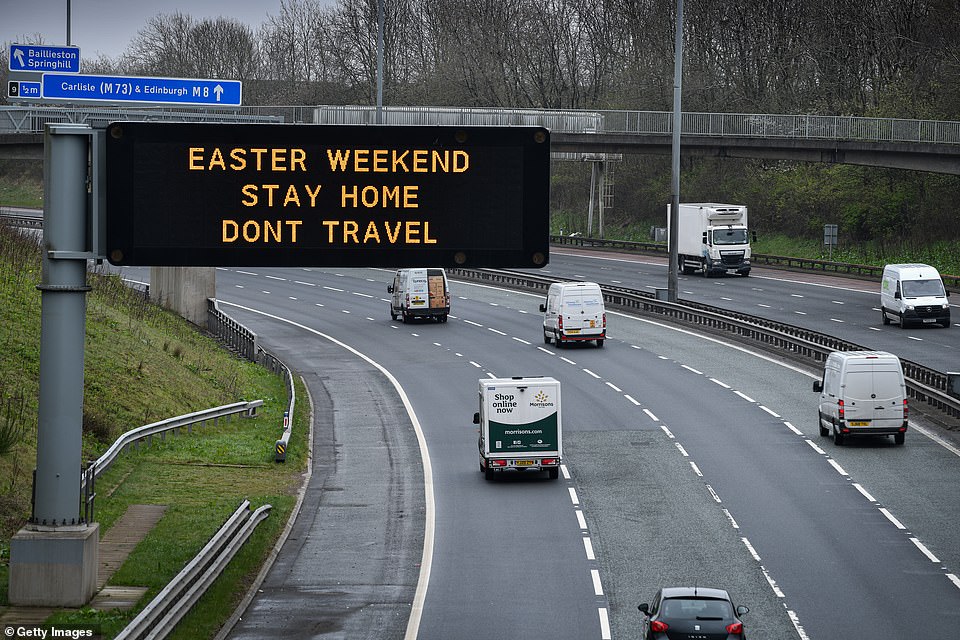 An overhead sign on the M8 in Glasgow advises people today not to travel this Easter weekend, with concerns that the hot weather will lead to Brits flouting lockdown rules

‘It will be a cooler day for many in the west of England underneath cloudier conditions on Sunday, with temperatures in these areas struggling to get into double figures.

Monday will be a breezier day, Mr Box added, with maximum temperatures in the south of England reaching 68F (20C).

‘The unsettled weather we’re seeing in the west on Sunday clears away over night, we may see showers on the south coast, but the rest of the country will be in settled weather,’ he said.

‘It will be cooler than we’ve had as late with northern and easterly winds, with maximum temperatures in the south of 20C.’

Tags: Bank, Britons, creative, get, with
You may also like
Recent Posts