London: The British government is facing growing questions about its preparedness for the pandemic after it was revealed Prime Minister Boris Johnson did not attend five security (COBR) meetings on the issue, as the virus ravaged Italy and other countries around the world.

Current and former cabinet ministers on Sunday rushed to defend Johnson in the wake of the Sunday Times investigation, saying it was rare for prime ministers to attend every COBR meeting. Johnson is still recovering from the coronavirus infection that saw him admitted to intensive care in hospital for several nights. 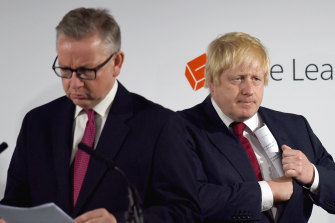 "This is an unprecedented global pandemic and we have taken the right steps at the right time to combat it, guided at all times by the best scientific advice.

The report also claimed the Prime Minister had been distracted by his personal life, spending 12 days of the month out of London, as his divorce went through a crucial stage and he informed his children of his plans to marry his pregnant girlfriend.

In the wake of the criticisms, Britain's Deputy Chief Medical Officer Jenny Harries warned against using national death tolls as a way of judging whether government responses have been effective.

The UK's death toll stands at 16,000 despite a significant decline in the latest daily count, the fifth-highest in the world. But Harries said national death tolls were a reflection of a combination of factors.

"We need to be very, very careful about our comparisons and take into account the age population in a different country," Harries said.

"So Italy, for example, appears to have been extremely badly affected in terms of death rates, but there are very different family dynamics, for example, potentially more multi-generational unit, potentially a higher proportion of the elderly," she said.

She said culture, as well as demographics needed to be "taken into account" alongside the public health response.

Harries also said obesity is emerging as a risk factor in the most serious coronavirus cases.

The UK has pledged to conduct 100,000 tests per day but is only conducting one-fifth of that with 11 days to go until its deadline.

Nurses and doctors have complained they do not have enough protective equipment like gowns and aprons.

Tags: British, defe, government, on, The
You may also like
Recent Posts