Britain records its deadliest day since Covid pandemic began with 1,610 new victims – but second wave of infections shrinks significantly with cases dropping 27% to 33,355

Britain today announced a record 1,610 new coronavirus deaths in the country’s deadliest day of the pandemic — but infections are down by a quarter as the third lockdown starts to drive down the infection rate.

Today’s grisly death toll marks a sharp 30 per cent rise on the 1,243 announced last Tuesday and nearly the double the number of victims a fortnight ago, when there were 860.

The darkest day in the pandemic prior to today was January 13, when the virus killed 1,564 people in a single 24-hour period.

But, in another sign that the national shutdown is taking effect, there were also 33,355 new infections announced today, down 27 per cent on the 45,533 last Tuesday and 45 per cent lower than the 60,916 two weeks prior.

Fatalities lag by a few weeks behind infections due to the time it takes between catching and falling seriously ill with Covid. It means the effects of January 4 shutdown might not be felt in the death figures until next week. 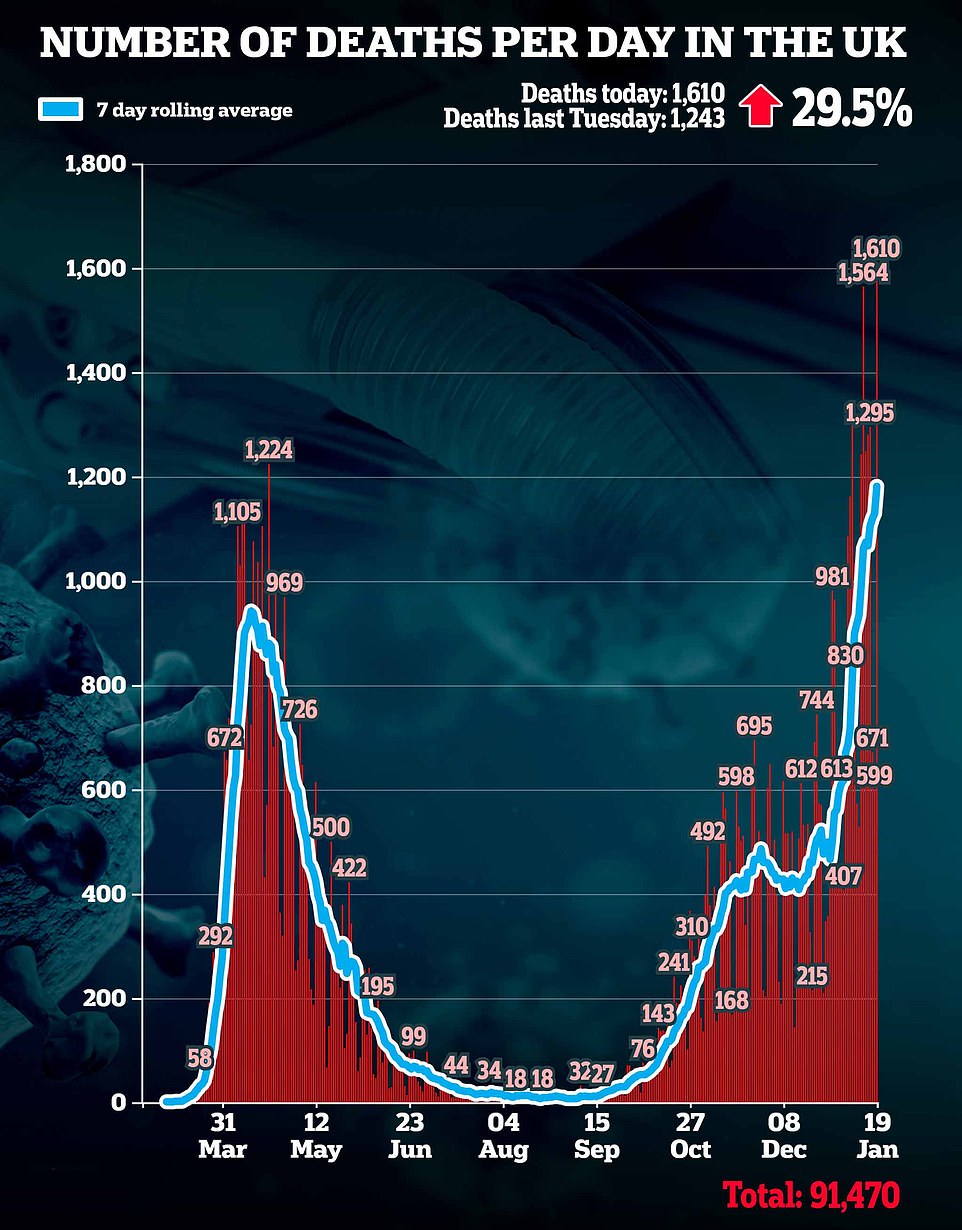 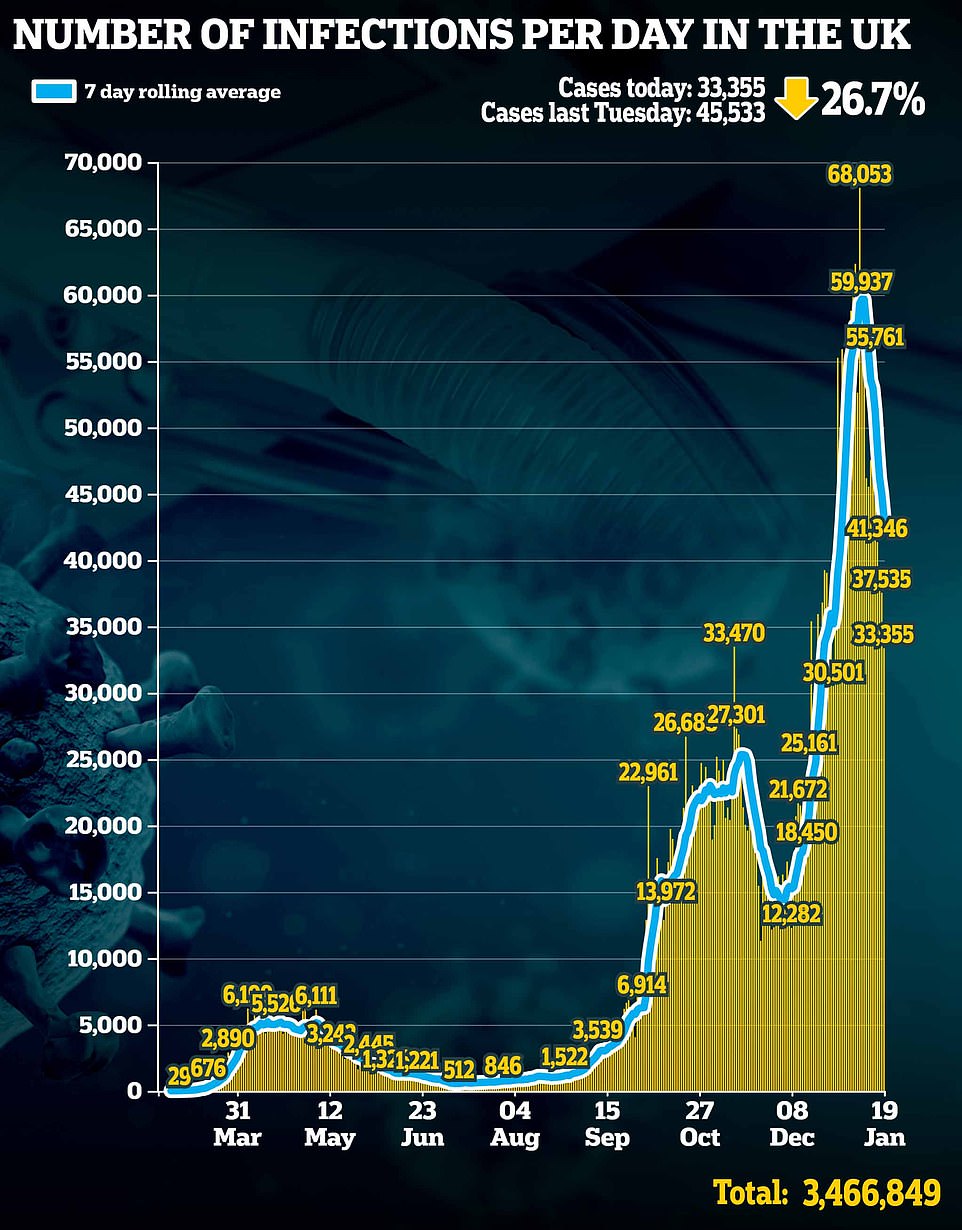