Tory election chief Isaac Levido has been called into Downing Street to help co-ordinate the coronavirus fightback, as key staff including Dominic Cummings continue to go off sick.

Downing Street said the 36-year-old political strategist had been brought in last week to work on ‘all aspects’ of the Government’s response. He played a key role in the Conservatives’ win in the December election.

The revelation came as it emerged that Mr Cummings has become the latest senior Government figure to test positive. Boris Johnson’s chief aide developed symptoms of the virus over the weekend and is now self-isolating at home. 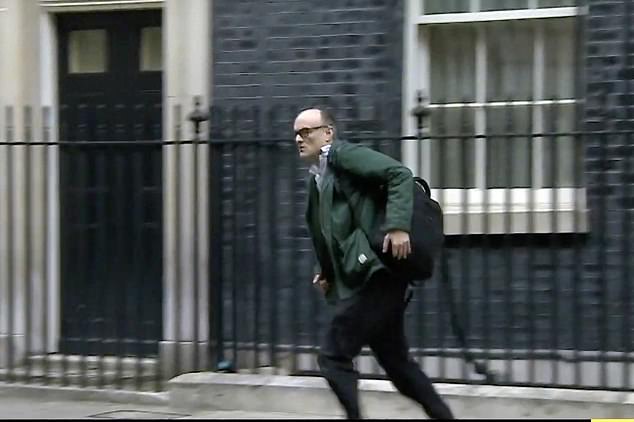 Downing Street declined to say whether he is well enough to work but a source said he remained ‘in contact’. Mr Cummings, the mastermind behind Vote Leave’s messaging at the EU referendum, was last seen running out of No10 shortly after Mr Johnson posted a video message on Friday announcing he had tested positive.

Asked whether Mr Cummings had been tested for the virus, a No10 spokesman said: ‘I wouldn’t expect that to be the case.’ Mr Cummings is said to have been an early champion of the concept of ‘herd immunity’, in which a large proportion of the population would be allowed to get the virus to prevent future waves of infection.

The idea never became policy and Mr Cummings is said to have later become a supporter of the lockdown. His disappearance is another blow to a government that has already seen the Prime Minister, Health Secretary Matt Hancock and Chief Medical Officer Chris Whitty contract the virus in recent days. 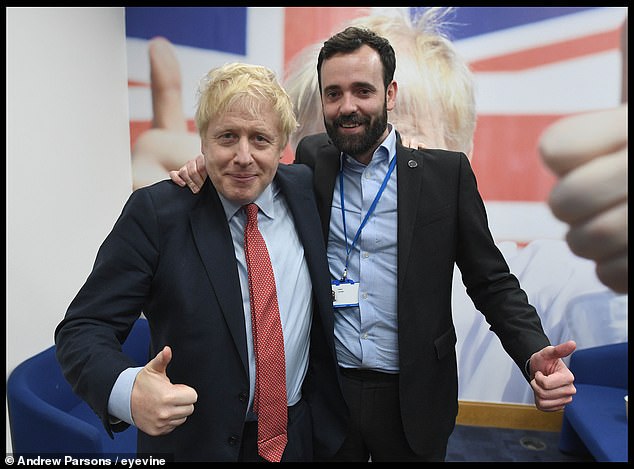 Mr Levido had previously been identified as a possible stand-in for Mr Cummings, but No 10 denied the two things were linked. The Australian born political strategist has helped win elections in both Australia and the UK but he is not thought to have any experience of crisis management in government.

No10 was unable to say how much he is being paid or whether he is being bankrolled by the Conservative Party or the taxpayer. The PM’s official spokesman said he was one of a number of ‘contractors’ brought in to ‘bolster the response’ at the centre of government.

Mr Johnson has been in self-isolation since Friday after testing positive for the virus. Foreign Secretary Dominic Raab yesterday said the PM had chaired the daily ‘war cabinet’ meeting on the crisis by video link, adding: ‘He is full of vigour and giving us the leadership we need.’

As the virus has been spreading rapidly in Westminster and infecting several key figures, the PM’s spokesman said: ‘As of last week, ministers were advised to work from home wherever possible.’

Tags: Boris, brings, e, in, Johnson, Tory
You may also like
Recent Posts