New York Mayor Bill de Blasio said yesterday he’s ‘not confident’ the city can open for large public gatherings until after August meaning beaches could be empty this summer.

‘We’re going to take this very slow and carefully to make sure we get it right,’ de Blasio told a news conference on Tuesday. ‘I’m always going to first focus on how do we guarantee the health and safety of New Yorkers and make sure we don’t take our foot off the gas too soon.’

Earlier officials said 778 deaths were recorded statewide Monday, bringing New York’s total to more than 10,800. That figure, though, did not factor in the thousands of probable deaths now being counted.

A City Hall source claimed that de Blasio neither had the will nor the manpower to open up the beaches this summer. Speaking to the New York Post, the insider said: ‘I am told they were given orders by OMB [the Office of Management and Budget] and City Hall to plan for scenarios including full and partial closures.’ 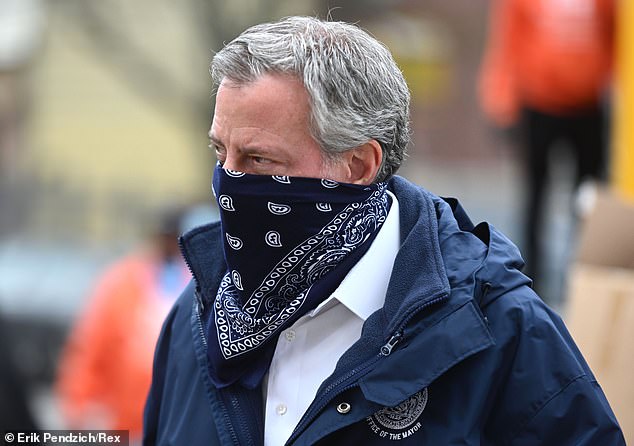 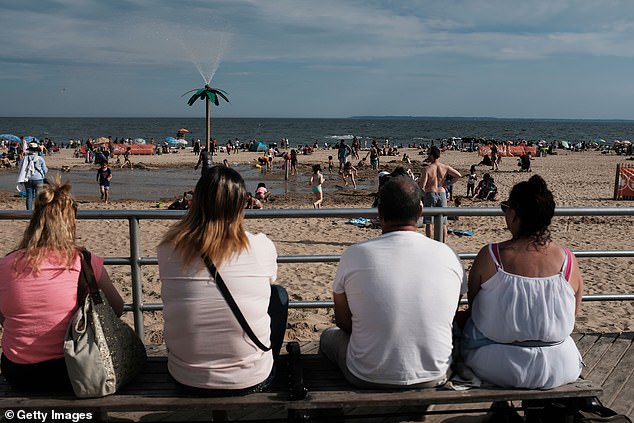 People gather along the Coney Island boardwalk on a warm day that saw thousands of New Yorkers and tourists alike visit the Brooklyn beach on June 15, 2019 in the Brooklyn borough of New York City

The official death toll from the coronavirus soared on Tuesday after NYC began counting people who probably had COVID-19, but died without ever being tested.

Officials reported 3,778 ‘probable’ deaths, where doctors were certain enough of the cause of death to list it on the death certificate, and 6,589 confirmed by a lab test.

The source told the Post: ‘Even if the mayor wants to open the beaches – which I don’t think he’s going to – they don’t even have the manpower. They’re having enormous difficulty hiring lifeguards right now.’

Furthermore, de Blasio could be overruled by Governor Andrew Cuomo even if he did want to get the beaches open this summer.

Cuomo lashed President Donald Trump’s claim of ‘total’ authority to reopen the nation’s virus-stalled economy, saying yesterday he was talking more like a king than a president.

The Democratic governor criticized Trump’s assertion Monday that ‘when somebody is president of the United States, the authority is total.’

‘His proclamation is that he would be king, that’s what a king is,’ Cuomo said at his daily briefing. ‘A king has total authority. That statement cannot stand.’

The Republican president made his comments after Cuomo and governors on both coasts announced multi-state compacts to coordinate reopening society amid the global pandemic. 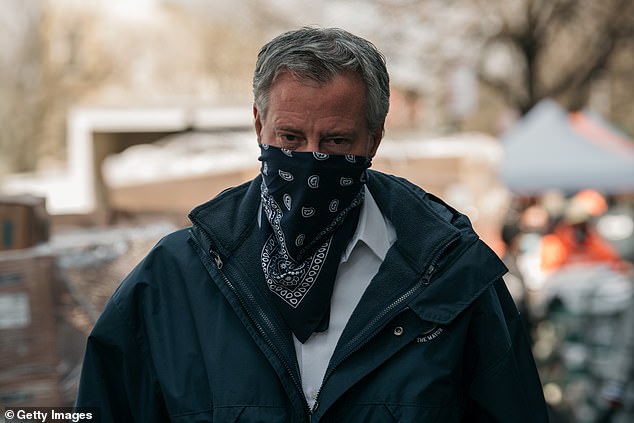 De Blasio speaks at a food shelf organized by The Campaign Against Hunger in Bed Stuy, Brooklyn 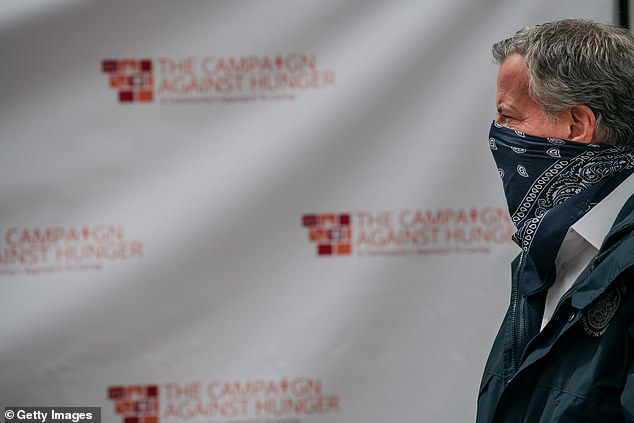 De Blasio wears a bandana while visiting a food shelf organized by The Campaign Against Hunger in Bed Stuy, Brooklyn on Tuesday 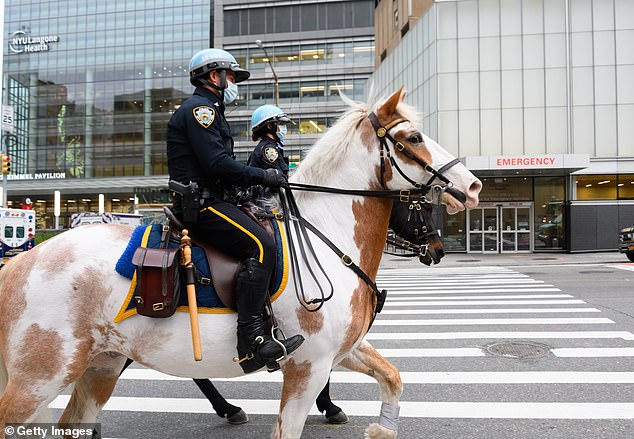 Cuomo said restarting the economy must be done cautiously, or the hard-won gains of the past month could be quickly lost.

In a tweet Tuesday, Trump appeared to liken the governors to mutinous crew members in the movie ‘Mutiny on the Bounty.’

Cuomo said the president was ‘clearly unhappy.’ But after taking aim at the president’s comments Tuesday in multiple TV appearances and during his state Capitol briefing, Cuomo said he would not engage in a fight with him.

‘The president is clearly spoiling for a fight on this issue,’ Cuomo said. ‘This is too important for anyone to play politics.’

The change in the city’s accounting of deaths came after officials acknowledged that statistics based only on laboratory-confirmed tests were failing to account for many people dying at home before they reached a hospital or even sought treatment. 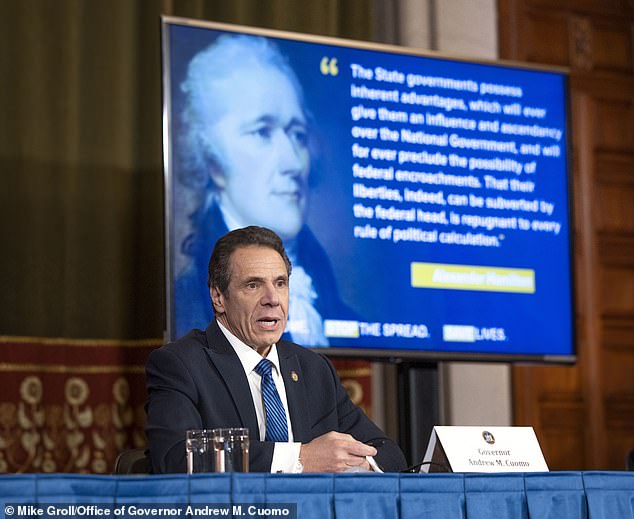 Governor Andrew M. Cuomo provides a coronavirus update during a press conference in the Red Room at the State Capitol in Albany on Tuesday

‘Behind every death is a friend, a family member, a loved one. We are focused on ensuring that every New Yorker who died because of COVID-19 gets counted,’ said Health Commissioner Dr. Oxiris Barbot.

‘While these data reflect the tragic impact that the virus has had on our city, they will also help us to determine the scale and scope of the epidemic and guide us in our decisions.’

But New Yorkers continue to die at an unnerving pace even as the number of patients in hospitals has levelled off.

Tags: Bill, Blasio, confi, de, not
You may also like
Recent Posts