Israeli Prime Minister Benjamin Netanyahu is returning to self-isolation for another six days after a parliamentary aide was diagnosed with coronavirus yesterday, the premier’s office said today.

Netanyahu, 70, the nation’s longest-serving leader, had just ended a two-day period of isolation on Wednesday night after a parliamentary aide was diagnosed with the disease.

He immediately went on national TV to announce new measures to curb the epidemic. 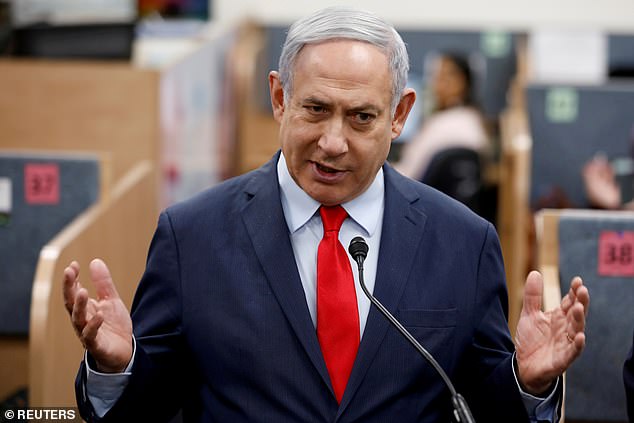 Israeli Prime Minister Benjamin Netanyahu gestures as he delivers a statement during his visit at the Health Ministry national hotline, in Kiryat Malachi, Israel in early March 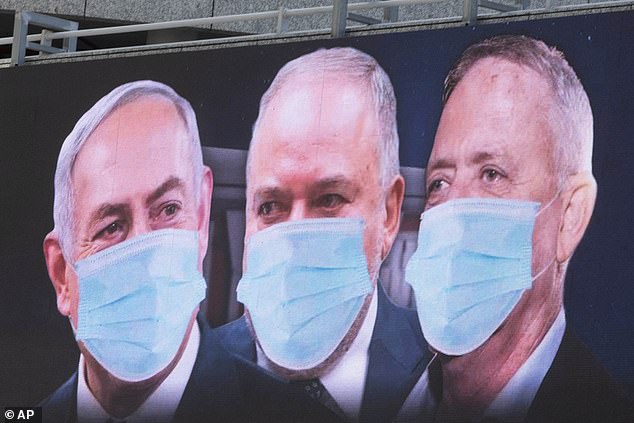 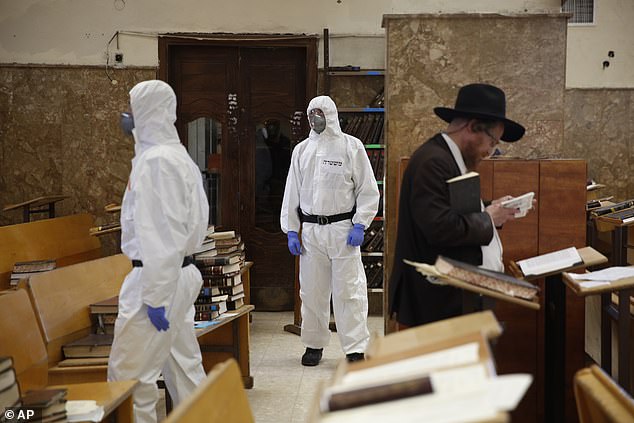 Israeli police officers wearing protective gear wait to detain Ultra orthodox men as they pray in a synagogue in defiance of government measures to help stop the spread of the coronavirus, in Bnei Brak, a suburb of Tel Aviv, Israel today

But his office said the prime minister would self-isolate again – for six days this time – in line with medical recommendations after Health Minister Yaakov Litzman and his wife tested positive for coronavirus.

Litzman, 71, has appeared regularly alongside the premier to give coronavirus updates. Netanyahu tested negative on Monday.

Several other senior officials were also self-isolating due to contact with Litzman. 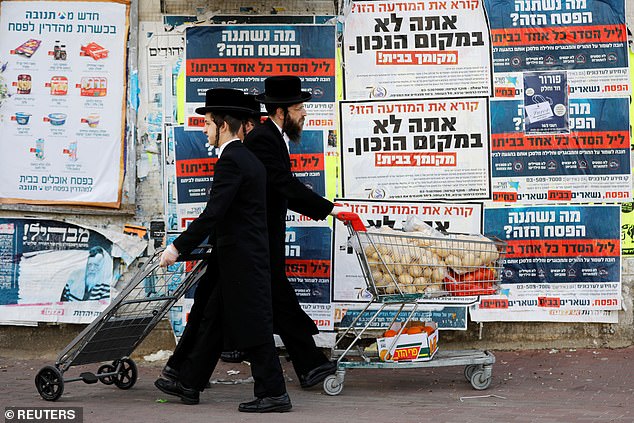 Ultra-Orthodox Jewish men push trolleys as they pass by billboards urging people to stay in their homes and keeping with government restrictions amid coronavirus disease (COVID-19) in Ashdod, Israel yesterday

And the health ministry’s director-general Moshe Bar-Siman-Tov announced via Twitter his own self-isolation at a facility at Sheba Medical Center in Tel Aviv.

Israeli regulations generally require 14-day self-isolation for anyone in proximity to a carrier, with the duration reduced for the days passed since the suspected exposure.

Israel has reported at least 29 deaths and more than 6,200 infections. Tight curbs have confined Israelis to their homes, forcing businesses to close and sending unemployment over 24 per cent. 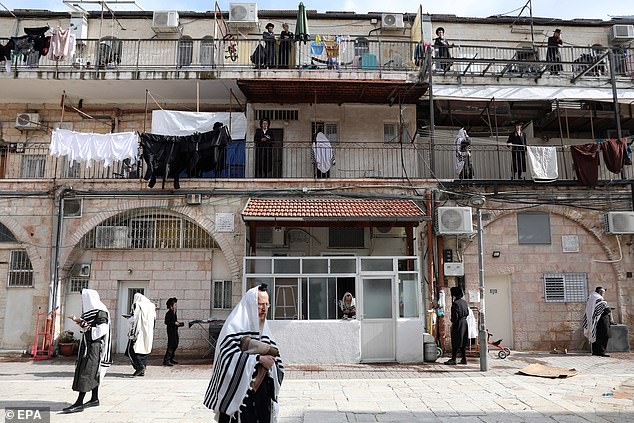 Ultra-Orthodox Jews pray a morning prayer on the balconies and outside their homes in the Mea Shearim neighbourhood in Jerusalem, Israel today. The media report that Israel concentrates its enforcement activities on the quarters of the ultra-Orthodox population in order to prevent the spread of the SARS-CoV-2 coronavirus which causes the Covid-19 disease 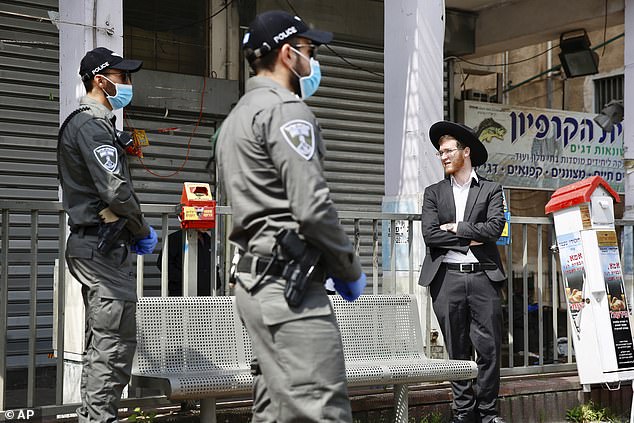 Israeli border police officers question an Ultra orthodox man as part of the government’s measures to help stop the spread of the coronavirus in the orthodox city of Bnei Brak, a Tel Aviv suburb, Israel today 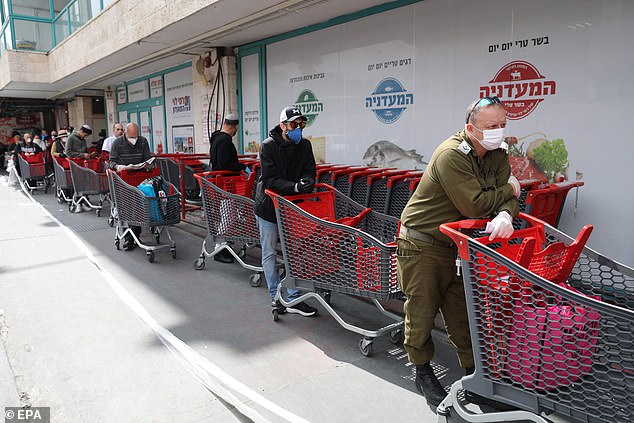 Customers wait in a line in front of a supermarket in Jerusalem, Israel today

In a statement, the health ministry said Litzman and his wife were feeling well despite having the coronavirus.

Litzman heads an ultra-Orthodox Jewish party and has urged his community to obey curbs after some rabbis and members cast doubt on risks and chafed against stay-at-home orders.

Israeli officials describe the ultra-Orthodox as especially prone to contagion because their districts tend to be poor and congested.

Netanyahu announced new curbs on Wednesday to deter movement around Bnei Brak, an ultra-Orthodox Jewish town that has suffered a disproportionately large outbreak.

‘The situation there is horrible. Every day we stall, we put lives at risk,’ Litzman said in an interview published on Tuesday in the Yedioth Ahronot newspaper.

‘The public now has to listen to the health ministry.’

Tags: Benjamin, Netanyahu, returns, to
You may also like
Recent Posts