The Army is so desperate to fill its ranks that it is signing up recruits with a reading age as young as five.

Normally, its rules bar hiring anyone with a reading age below ‘entry level two’ – equivalent to that of a child aged seven to nine.

This is considered the minimum soldiers need to be able to read instructions for using firearms and explosives. 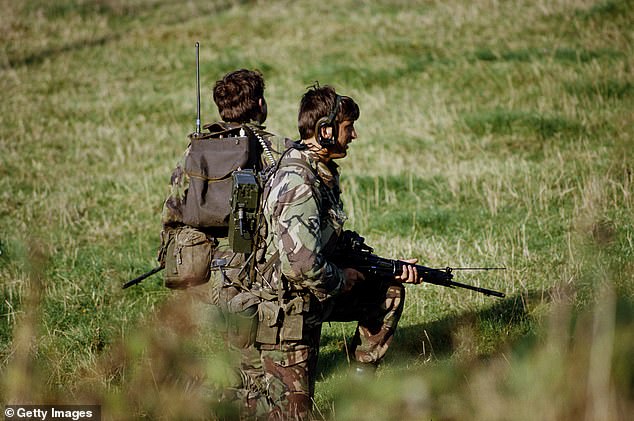 PICTURED: British soldiers on a routine patrol in some fields (Stock Image)

But amid difficulties in attracting youngsters, it has emerged that between 2016 and 2019 the Army took on 50 recruits at ‘entry level one’, with a reading age of between five and seven.

According to the National Literacy Trust, anyone on ‘entry level one’ would struggle to read the instructions on a medicine bottle label – let alone for an assault rifle or a computer-operated drone.

Last year, the Army was roundly mocked for recruitment advertisements stating ‘Your country needs you’ to ‘snowflakes, phone zombies, binge gamers, selfie addicts, and me, me, millennials’.

Now it appears that some potential recruits would not even have been able to under stand the adverts – even as warfare become increasingly computerised.

Newly unearthed figures show that in the three years to 2019, 4,240 recruits had a reading age of nine to eleven, with 50 in the five to seven range.

A source told The Sun On Sunday newspaper: ‘This shows how desperate the Army has become. 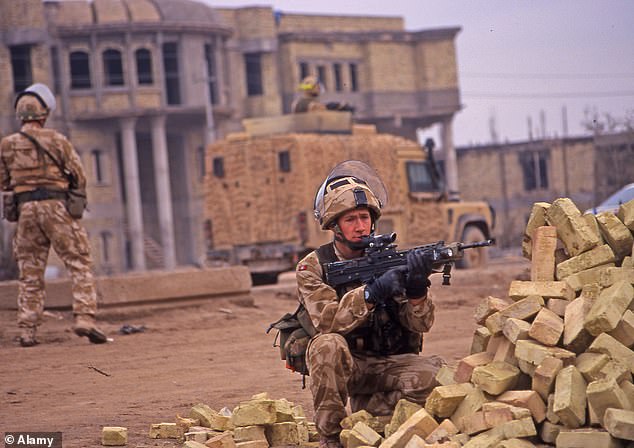 ‘A lot of equipment is also quite complex and they will need a decent grasp of English to understand instruction.’

A spokesman for the Army justified hiring soldiers with the reading age of children at infant school, saying: ‘In certain instances candidates have been permitted to join at ‘level one’ on the understanding they attend college to bring them up to the minimum standard before commencing basic training.’

The Army is struggling to recruit soldiers, even though it has reduced in size over the decades.

However, some 15,000 leave the service annually, meaning replacements are needed constantly.

Issues with literacy in the Army are nothing new, dating back almost 200 years.

Legend has it that in the Duke of Wellington’s final soldiering days, he approved a new Army pay book, which for the first time demanded soldiers’ names and details.

The Duke is said to have chosen the name Thomas Atkins as an example to show the men how to fill in the documentation.

But because so many were illiterate, they did not know how to write their own names, and hundreds put themselves down as Thomas Atkins – leading to British soldiers’ nickname of ‘Tommies’.

Tags: a, Army, recruits, signs, Up, with
You may also like
Recent Posts