Long-serving Army sergeant, 44, is court martialed for drunken clash with junior officer who insisted he call him ‘sir’ at Christmas party 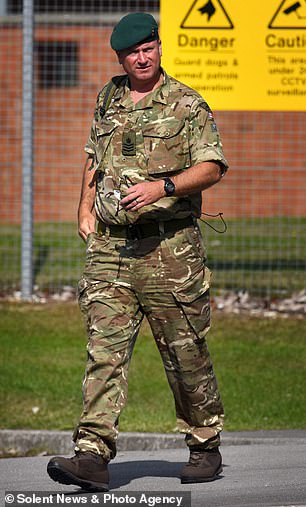 A long-serving Army sergeant has been court martialed for a drunken clash with a junior officer who insisted he call him ‘sir’ at a Christmas party.

Robert Maddock, 44, got into a ‘physical altercation’ with Lieutenant Sebastian Navarro after the younger man ‘belittled his career and experience’.

The dispute had been building throughout the evening and culminated in a shoving match between Veteran Staff Sergeant Maddock and Lt Navarro, who is understood to be a reservist with a degree in Architecture.

The court martial heard SSgt Maddock had drunk red and white wine as well as multiple gin and tonics throughout the evening and was charged with ‘misconduct through alcohol’.

Prosecuting, Captain Laura Fogden told the hearing: ‘The catalyst for this argument was rank and heated words were exchanged, with Lieutenant Sebastian Navarro reminding Maddock he was a commissioned member of the British Army and telling him to address him as sir.’

She told the court that a brief physical altercation took place between the two men, with the married father-of-three ‘pushing’ the Lieutenant before a Major walked in and broke up the fight.

SSgt Maddock of 104 Regiment Royal Artillery, which is part of the Army Reserve and based in Plymouth, Devon, has completed tours of Bosnia and Cyprus and was in the regular armed forces for more than two decades before joining the reserves four years ago.

Mitigating, Richard Paton-Philip told the court: ‘He should have walked away.

‘It was a Christmas party and all ranks were together. I don’t think I am stepping on any toes when I say probably too much was had to drink by many, that included Navarro.

‘There was an ongoing argument relating to their respective careers. My client saw it as Lieutenant Navarro belittling his career and experience.

‘It was entirely avoidable until things became more disorderly. For no more than a minute there was a brief spell of pushing and shoving which was stopped by the arrival of the Battery Major. 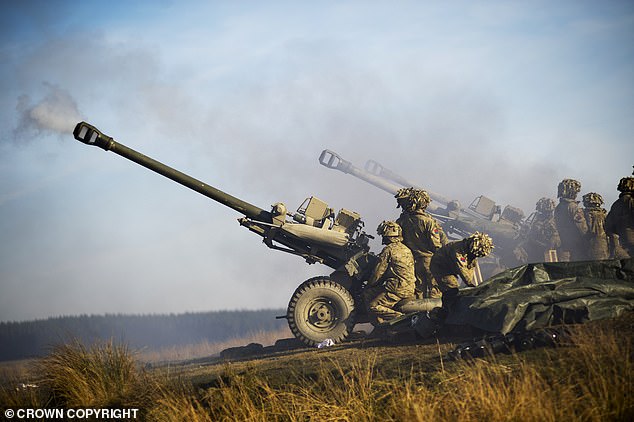 Soldiers of the Royal Artillery are pictured firing 105mm Light Guns during an exercise. SSgt Maddock is part of the Army Reserve’s 104 Regiment Royal Artillery in Plymouth, Devon 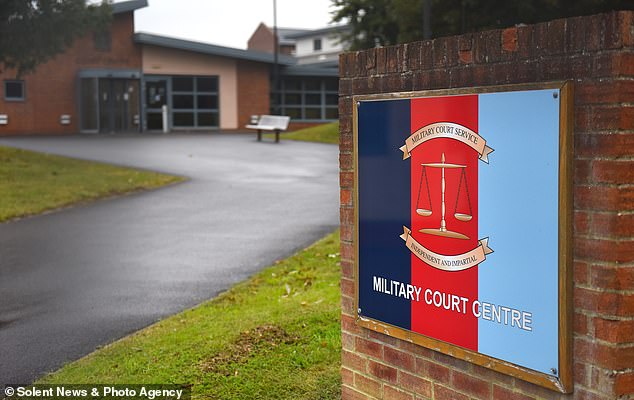 SSgt Maddock, who pleaded guilty to one count of misconduct through alcohol, was handed a severe reprimand at Bulford Military Court, above, in Salisbury, Wiltshire (file photo)

‘Things were said which rankled SSgt Maddock and he knows better but he took the bait.’

The incident, which took place at the 266 Battery Royal Artillery in Bristol in December last year, was described by the judge as ‘two men getting very drunk and trying to wind each other up’.

Sentencing SSgt Maddock at Bulford Military Court in Wiltshire, Assistant Judge Advocate General Robert Hill said: ‘You both got very drunk and you both managed to wind each other up.

‘You both could have walked away and there was pushing on [Maddock’s] part.’

SSgt Maddock, who spoke only to confirm his name and plead guilty to one count of misconduct through alcohol, was handed a severe reprimand.

Tags: Army, Court, martialed, sergeant
You may also like
Recent Posts
This website uses cookies to improve your user experience and to provide you with advertisements that are relevant to your interests. By continuing to browse the site you are agreeing to our use of cookies.Ok