A 300-POUND topless brute punched a woman 12 times before bodyslamming her to the ground in a brutal attack.

The man was caught on surveillance footage pulling up to a gas station in Gardena, Los Angeles, before "randomly" attacking a woman pumping gas, cops said. 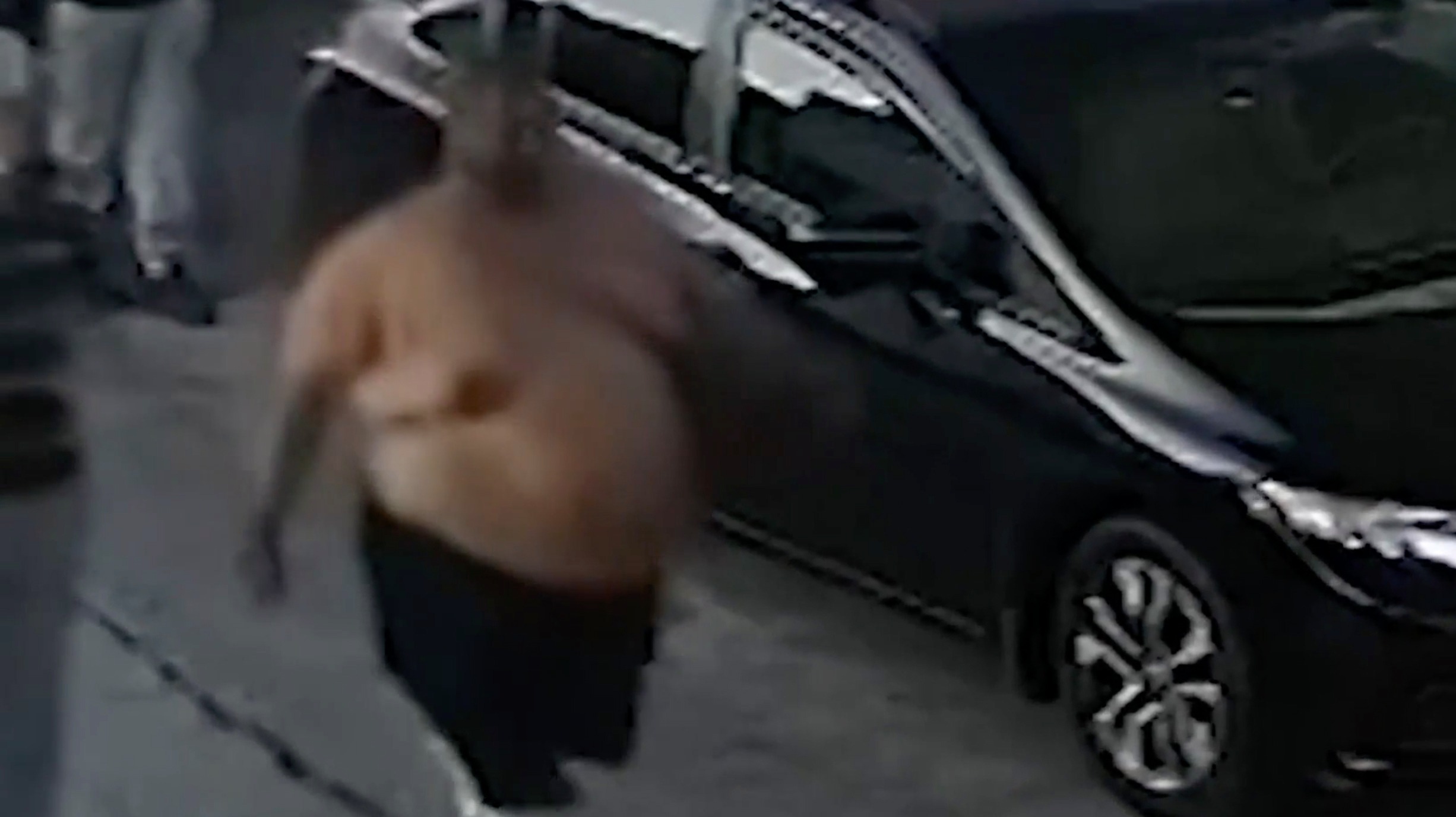 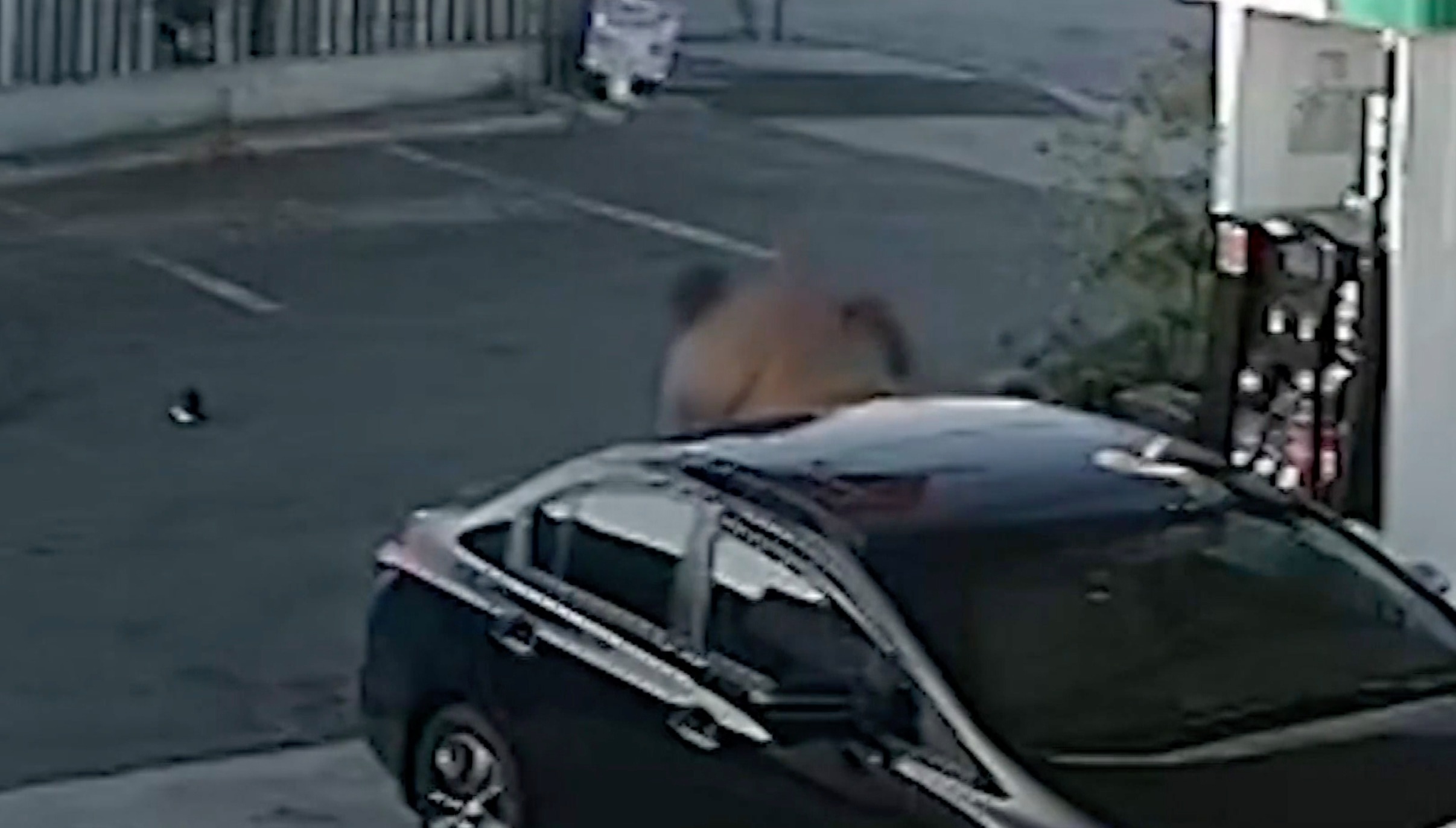 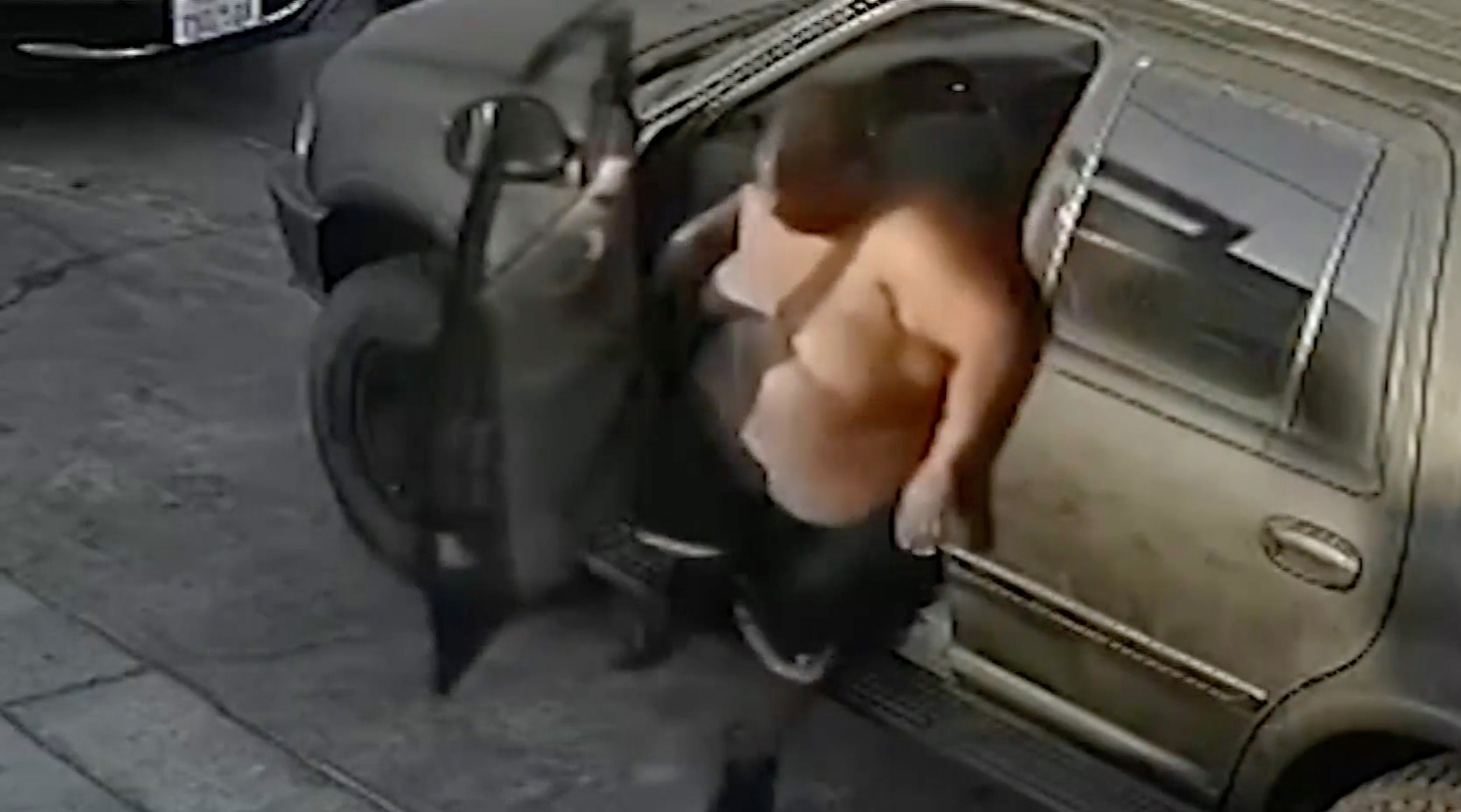 The topless man was captured on the surveillance footage calmly getting out of his car and walking towards the victim.

And without any warning or provocation, he punched and knocked the woman to the ground.

"While the victim was on the ground, the suspect repeatedly punched her in the head and face," cops said in a statement.

"During the attack, the suspect grabbed the victim's hair and slammed her head against the vehicle and onto the ground several times.

"After the assault, the suspect calmly walking back to his vehicle, where he enters his vehicle and drives away." 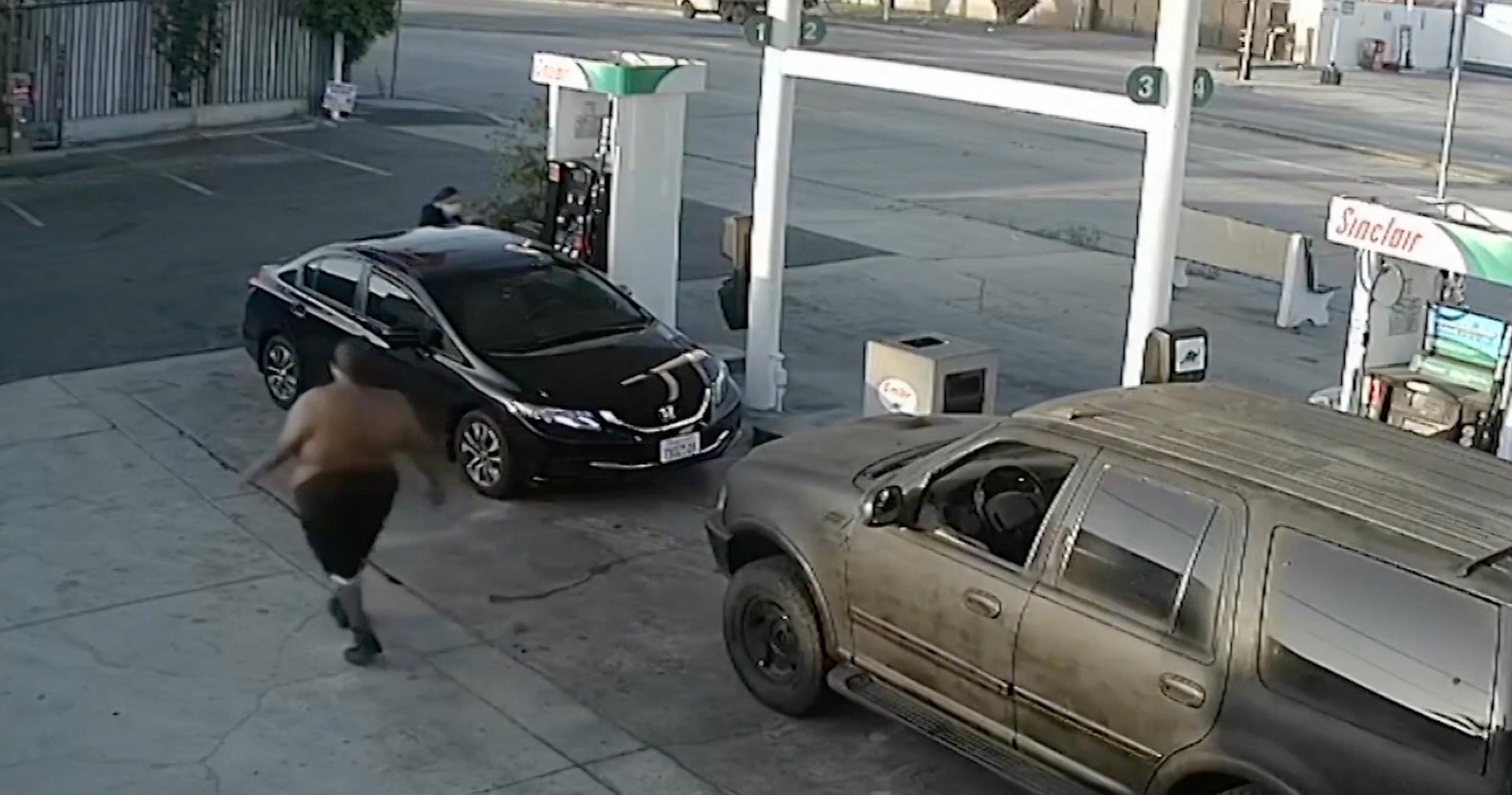 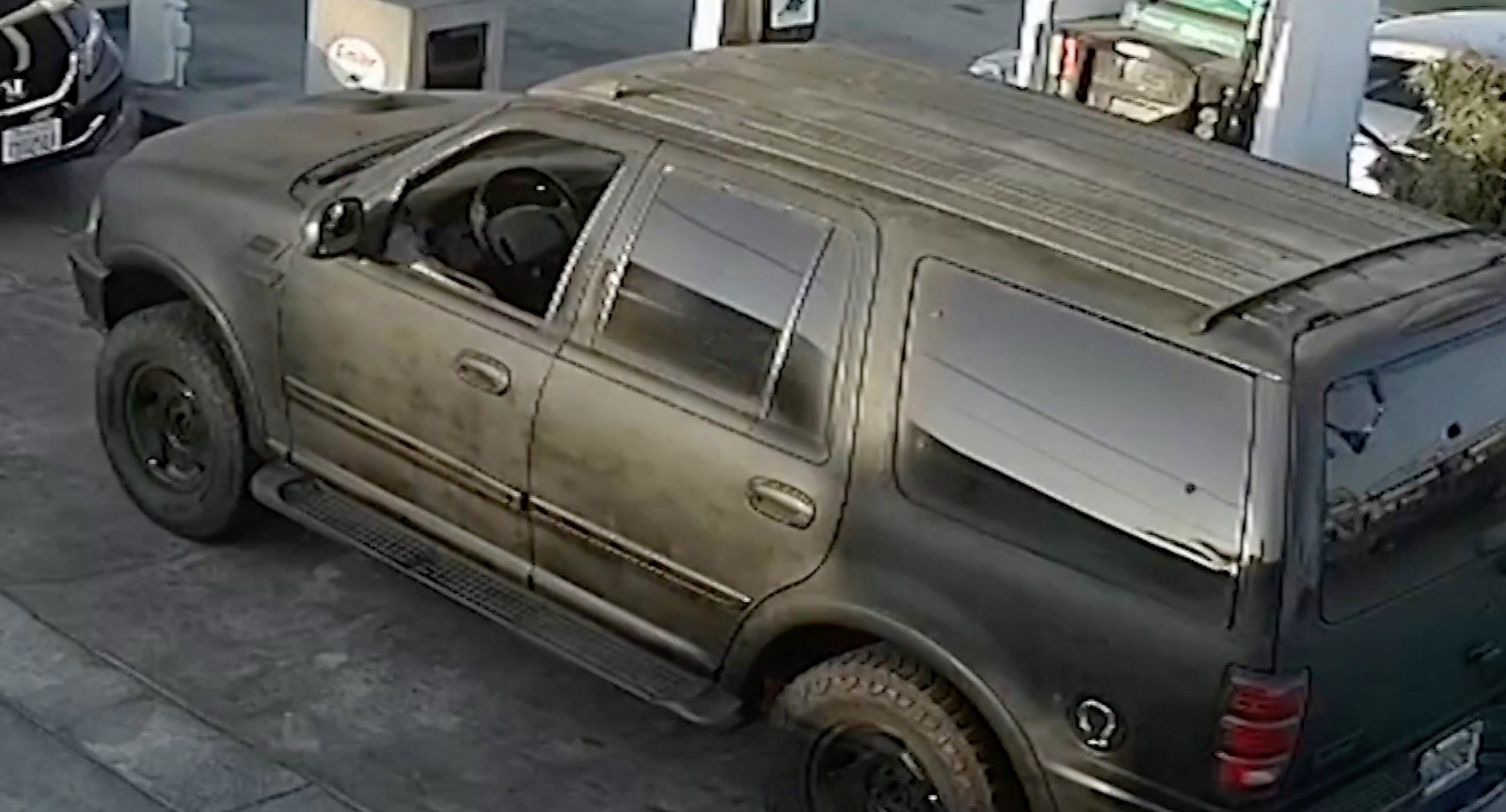 Three men are captured approaching the suspect in the middle of the attack, with one man tapping his shoulder.

The terrified woman was left with severe injuries to her head and face and she was rushed to hospital for treatment.

She has since been discharged and is recovering at home.

Detectives said the victim did not recognize the suspect and "firmly believes" she doesn't know the man personally.

"At this time, the attack appears to be completely random and unprovoked," cops added.

The suspect has been described as a 300-pound 6ft black man, aged in his 30s, with short dark hair.

He was seen on the footage wearing dark shorts, dark shoes, and no shirt.

A detective told KTLA News that multiple people have come forward to claim they been attacked by the same man since investigators released the footage of the attack.