A bragging ‘drill’ video shows county line drugs dealers rapping about drugs, money and violence as 16 Yorkshire gangsters who used 14-year-old children as ‘slaves’ to sell crack and heroin were jailed for a total of 80 years.

Police discovered the drill film on YouTube after launching a major crackdown against the BBD gang, which which was named after the Bradley, Brackenhall and Deighton areas of Huddersfield, West Yorkshire.

The three-minute video was posted by the gang after they dispatched teenagers 70 miles to peddle heroin and crack cocaine on the streets of Blackpool.

Two schoolboys aged 14 and another aged 16 were told to bed down in properties occupied by terrified addicts in Blackpool in a process known as ‘cuckooing’ before returning home with cash from illicit deals. 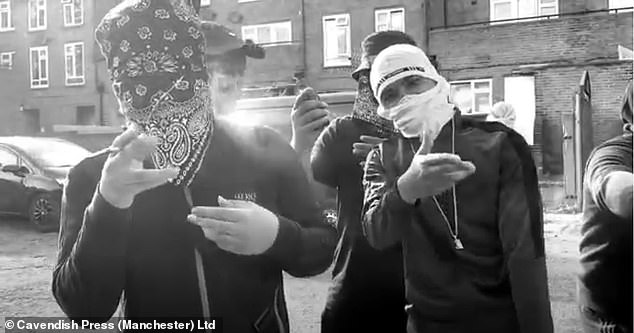 The video was uploaded shortly after one of the gang was arrested and showed Ring camera video of detectives raiding the suspect’s property and featuring the initials SJ, the code name for its leader.

During a series of raids, one of the youngsters was found with £850 in cash along with 12 wraps of heroin and 51 wraps of crack cocaine.

When officers detained one senior BBD member he boasted of being a ‘big gangster’ who would ‘smoke’ anyone who dared to arrest him and said he and his accomplices had ‘terrified the communities’.

The video shows them disguised in balaclavas and bandanas, making gang hand symbols and gun gestures and rapping about drugs, money and violence.

Detective Chief Inspector Rebecca Smith, of Blackpool Police, said: ‘These jail sentences should send out a clear message that we will not tolerate county lines exploitation in Lancashire.

‘Those who involve themselves in county lines criminality are not just responsible for the supply of drugs across the UK, they are exploiting vulnerable children and adults.

‘In some cases, they are making these children travel hundreds of miles away from home in order to act as runners for the organised crime groups, placing them at significant risk of serious violence.

‘Our commitment to disrupting and dismantling these groups and this type of criminality alongside our partners is a priority and we will continue with these efforts to ensure we keep our communities safe.

‘The safeguarding of children and vulnerable adults is a priority for us all and we continue to focus our efforts on bringing anyone who exploits such individuals to justice.

‘This gang will certainly not be making any more YouTube videos while they are serving their sentences in prison.’ 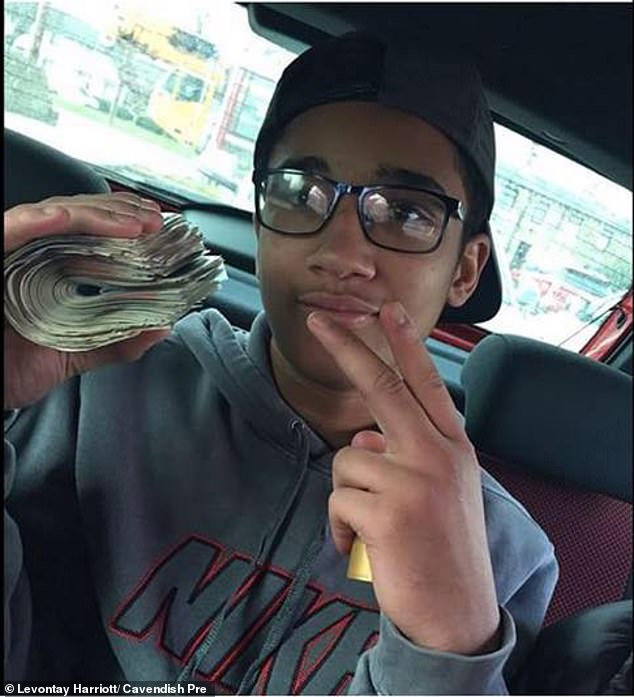 Levontay Harriot (pictured), 18, was locked up for two and a half years 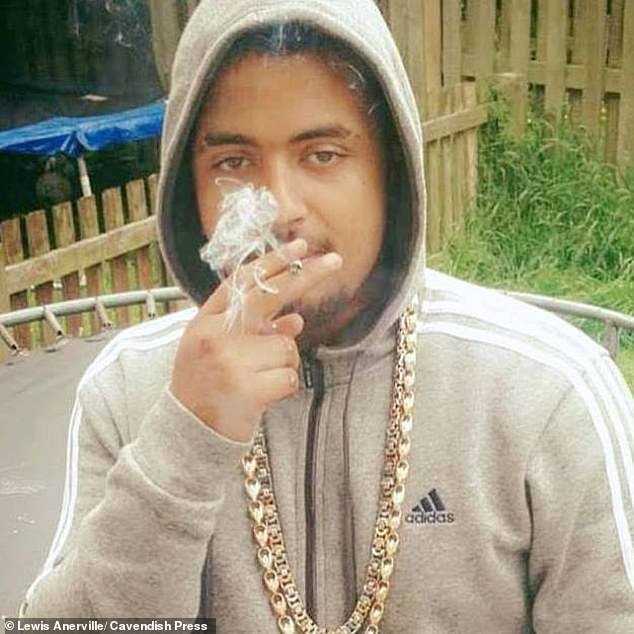 The gang’s ringleader Ryan Ncube, 21, who was once charged with attempted murder following a series of tit for tat gang shootings, managed the county lines racket and controlled three phone lines.

Preston Crown Court heard he would text a team of four drivers to take it in turns to ferry young couriers to Blackpool where they delivered drugs to users.

The youngsters would be ‘cuckooed’ and directed to supply narcotics on the street.

Several properties were used in the resort with blanket text messages being sent to addicts from a line known as the ‘SJ phone’ named after Ncube.

Whenever an addict responded, the youngsters were dispatched the complete deals.

‘The operation depended, for a period of time on facilitating the travel of boys, aged 14 and 16, to the resort, where they were under the defendants’ control, told where to go, what to do and when, arranged or given transport, or given a base from which to operate. 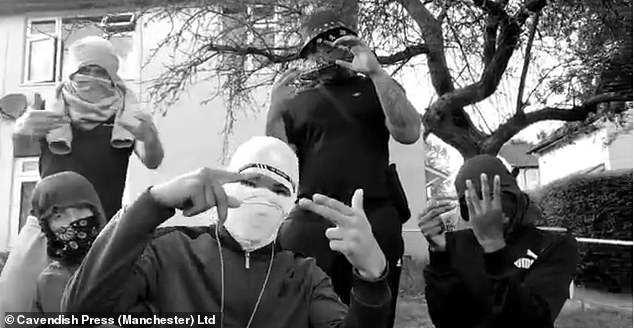 Police discovered the drill film on YouTube after launching a major crackdown against the gang which was named after the Bradley, Brackenhall and Deighton areas of Huddersfield, West Yorkshire 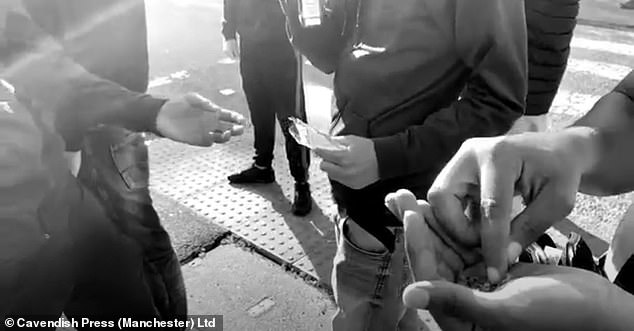 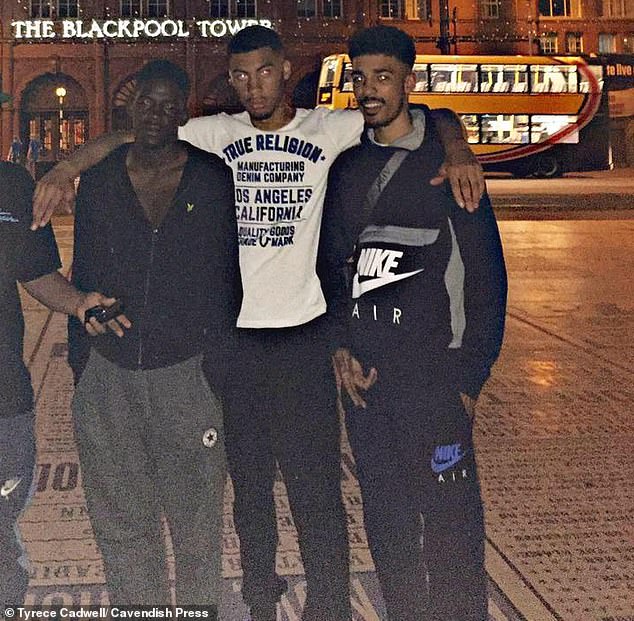 ‘These were young, impressionable youths of tender age who did as directed in order to get in with the gang.’

He added: ‘Ncube was the driving force of the enterprise. He was based in Huddersfield as were the others and was part of an organised crime group calling itself BBD gang, christened after the Bradley, Brackenhall and Deighton areas of Huddersfield.

‘It is a feature of this conspiracy that Ncube used younger males to cuckoo in houses in Blackpool and on at least three occasions they have been 14 and 16 years old.’

Detectives began its operation against the gang in 2018 and discovered drugs money would flow back to Huddersfield via Ncube’s team of couriers or drivers.

On some occasions Ncube himself travelled to Blackpool and was seen to complete exchanges with drug users when his usual dealers were unavailable.

The 16-year-old managed street dealers in Blackpool but also dealt drugs himself while staying in Blackpool.

His phone was in frequent contact with Ncube, the SJ phone, and other gang members.

Officers began raiding the homes of suspects in Huddersfield in May the following year.

Ncube, 21, who lived with his mother in social housing, admitted conspiracy to supply heroin and crack cocaine and arrange or facilitate travel of another person with a view to exploitation and was jailed for seven and a half years. 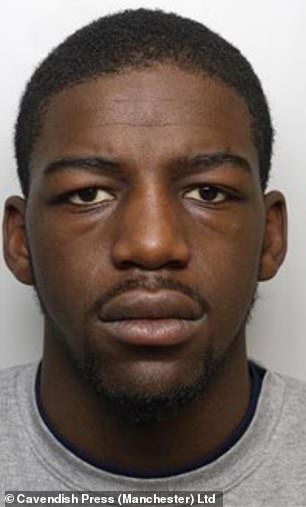 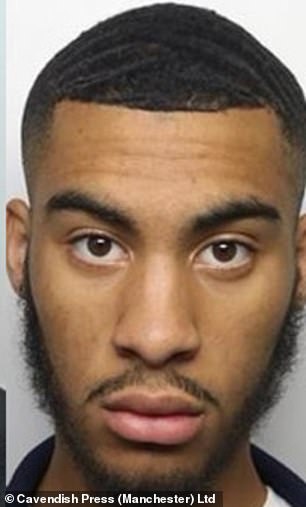 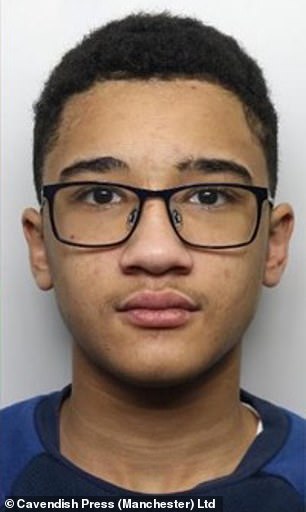 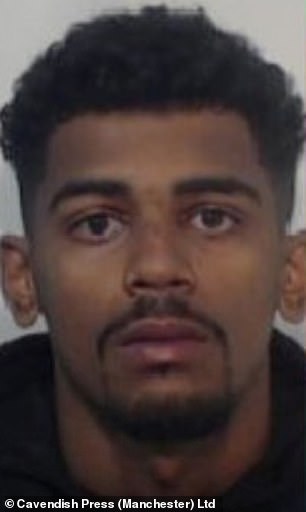 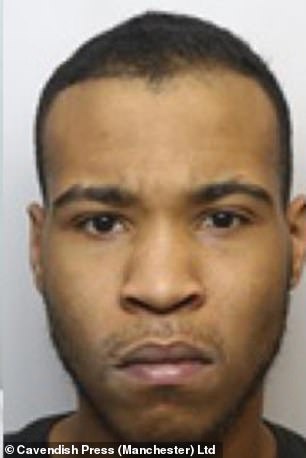 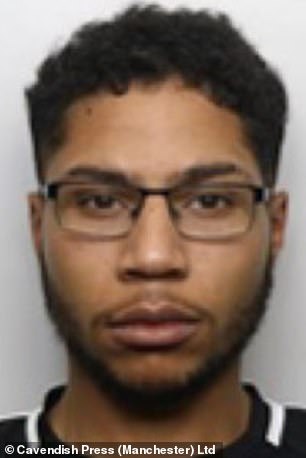 Jordan Gill-Smith (left), 22, was jailed for four and a half years and Kaydee Cogan (right), 23 got four years, six months 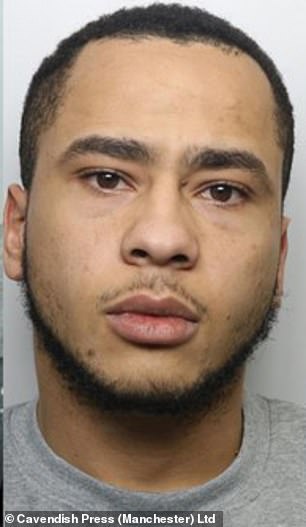 The ten hoodlums all from Huddersfield were convicted of conspiracy. Sentencing Judge Philip Parry said: ‘County lines dealing has been described as a pernicious trade and as a horribly miserable trade fuelling misery on the streets of the towns where dealers target.

‘You failed to grasp the utter and abject misery suffered by those gripped by addiction as well far reaching consequences of it on residents and businesses in Blackpool who must have been disgusted by these blatant activities.’

The five men all from Blackpool were convicted of conspiracy. Two women aged 35 and 34 and a man aged 32 were given non custodial sentences. 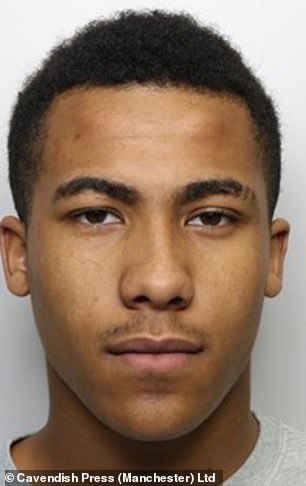 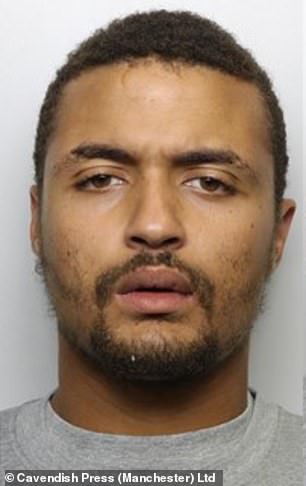 Tags: 16, are, gangsters, jai, Yorkshire
You may also like
Recent Posts