Sure Snow White can talk to animals and Cinderella has a fairy godmother. What makes Moana special, though, is something a little different. Although this character is often alongside princesses like Belle and Ariel, she’s not, technically, a princess.

Is this Disney character considered an “official” princess? Here’s what she said to say about it during the award-winning film, Moana.

Is Moana a Disney princess?

Sure, Moana has her animal sidekicks and an adventurous spirit. What makes Moana so special, however, is that the ocean chose her. Throughout this Disney movie, the title character travels across the sea to restore the “heart of Te Fiti” and save her family and island.

Although many consider this character a princess, Moana never truly earns that title throughout her movie. Maui — demigod of the wind and sea, hero to all — is she to disagree, as he made a pretty accurate accusation while they’re on Moana’s boat. 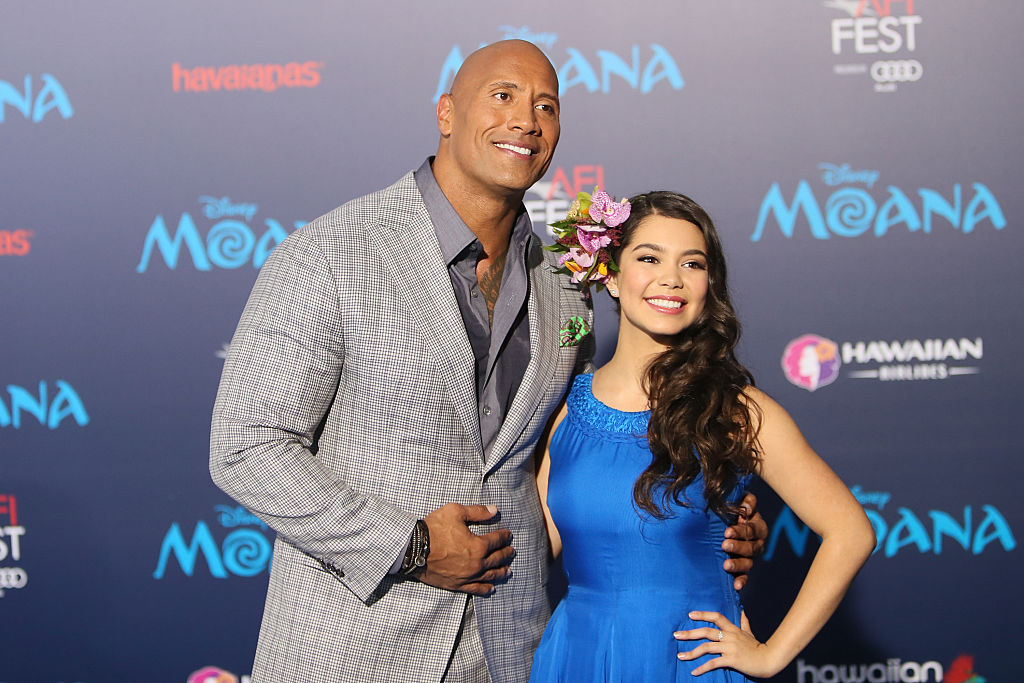 Even while talking to Maui, Moana states that she’s not a princess, nor does she want to be. When Maui starts explaining wayfinding to Moana, he casually calls her a princess. Moana is sure to correct him. She’s not a princess, she shares. She’s the daughter of the chief.

“If you wear a dress, and have an animal sidekick, you’re a princess,” Maui replies. He continues, saying that she’s not a Wayfinder. Moana was sure to prove him wrong about that, too.

She eventually fulfills her promise to the ocean and delivers the heart of Te Fiti across the sea. She may not technically be a princess, but she still made her mark on the world. Moana even becomes the chief herself, raising the whole island higher by placing a shell on top of the highest peak. It’s for that reason, some fans suspect, that she’s included in the official “Disney Princess Lineup.”

Bravely eyeing any challenge that comes their way. 💪

A few of these characters never technically become princesses in their stories. That includes Pocahontas, who is the daughter of the Chief Powhatan. Jasmine is the daughter of the Sultan, and, in the live-action adaptation, becomes the sultan herself. Mulan isn’t really related to anyone royal, but she still saves China and earns the respect of the Emperor.

Moana is the same way, being that she’s the daughter of the Chief but never truly becomes a princess. Maybe Maui was right in saying that if she has an animal sidekick she’s good to go. This Disney movie, along with Pixar classes like Brave, are available on the company’s streaming platform, Disney+.

RELATED: ‘The Little Mermaid 2:’ Why Disney Fans Think Ariel Is the Only Disney Princess With a Daughter

RELATED: Is Mulan a Princess? How Disney’s Live-Action Adaptation Could Change This Character

Tags: Maui, Moana, She, Tells, Why
You may also like
Recent Posts