ALEXANDRIA Ocasio-Cortez turned heads at the 2021 Met Gala with her white gown, which seemingly threw a jab at the rich in attendance.

The New York Congresswoman wore a white dress with the message "tax the rich" emblazoned on the back in red lettering at the 2021 Met Gala. 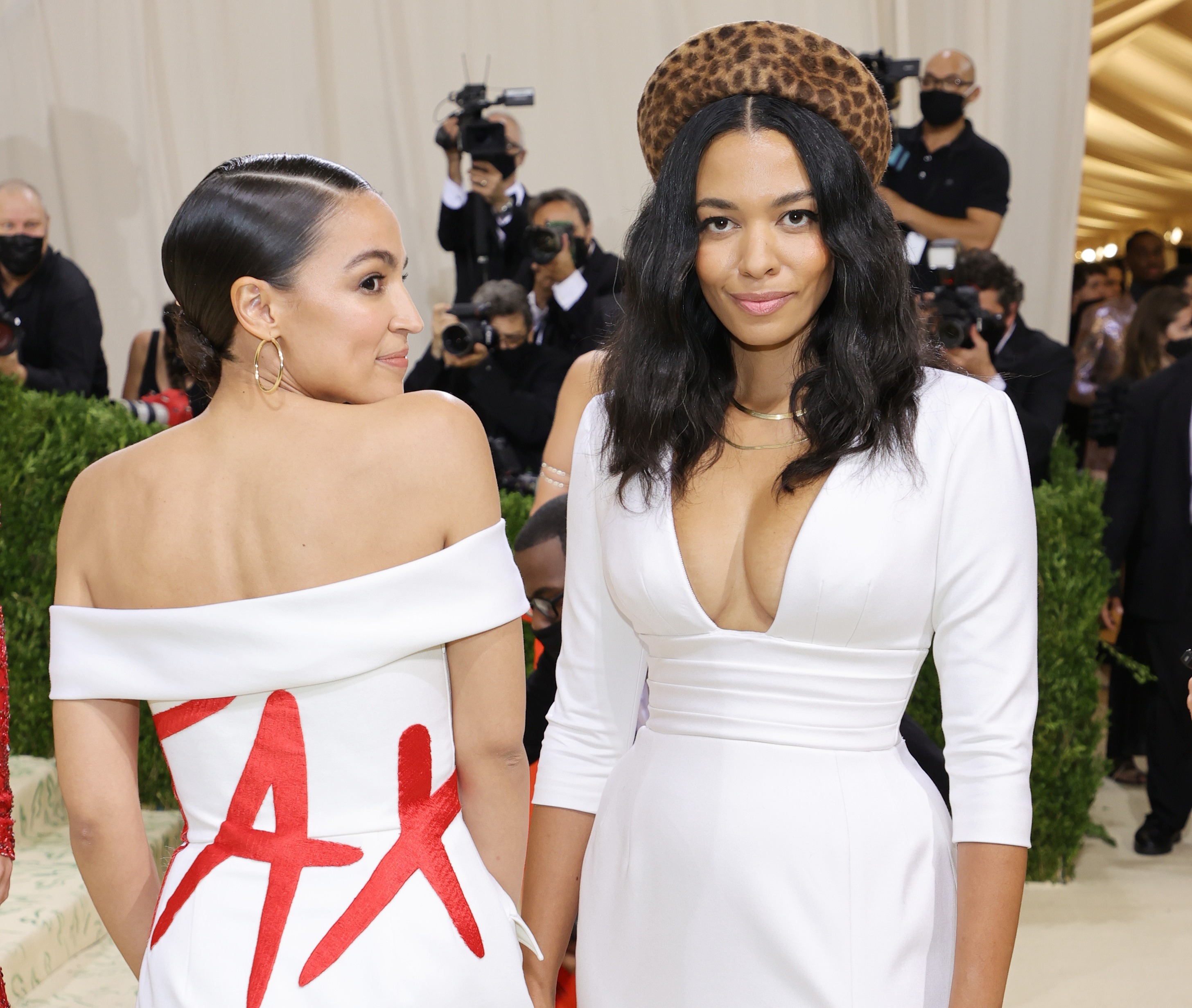 Ocasio-Cortez's "tax the rich" dress was an apparent dig at Joy Villa's 2019 "build the wall" gown.

The 31-year-old politician made a political statement through her wardrobe choice during fashion's biggest night of the year at the Metropolitan Museum of Art.

Ocasio-Cortez was accompanied by the dress designer herself, Aurora James, at the event.

James is a Canadian creative director and fashion designer who founded the fashion label Brother Vellies in 2013.

For James, the goal of Brother Vellies is to keep traditional African design practices and techniques alive.

In 2020, James founded the 15 Percent Pledge as a non-profit organization to support Black-owned businesses.

What did Aurora James say about the backlash of AOC's dress?

Not everyone took AOC's political statement kindly, as the Bronx native was ripped for attending the elite Met Gala, where a ticket costs about $33,000 per person.

On September 14, James responded to the backlash on CNN, supporting AOC's decision to wear the dress at the elite event.

"Well, listen, I think ultimately a lot of these conversations that we have about economic justice usually happen in spaces with working-class people.

"And I think the congresswoman is not going to ever sacrifice her morals for comfort, and she wanted to make sure this message was brought into that room and into a group of people who ultimately have to be willing to be more liberal with their economic values as well," James told the outlet.

"I think that's what we've done, and to be honest with you, she wouldn't have attended and just worn a pretty gown without delivering any kind of message to people. 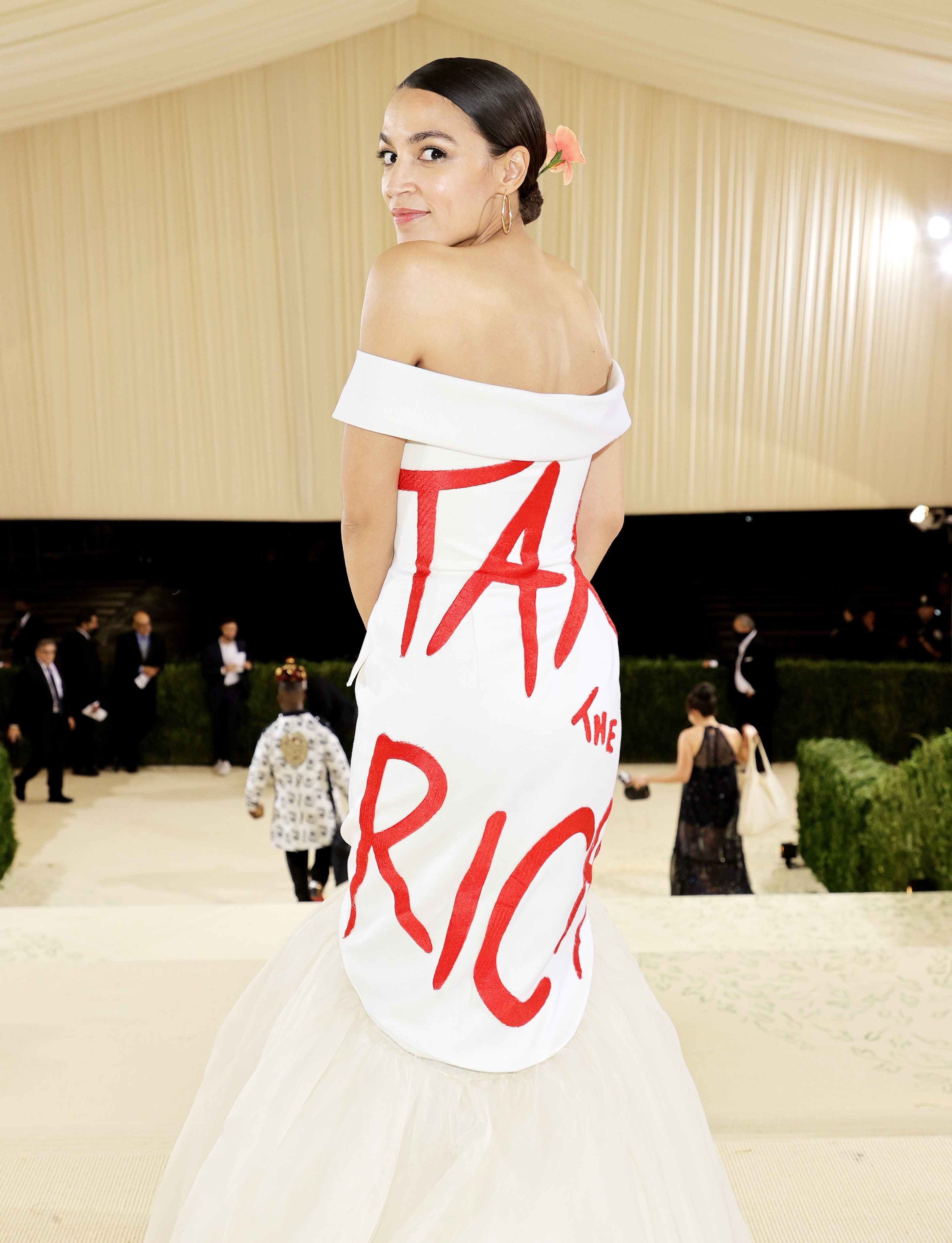 "Fashion is often thought of as this frivolous thing, but ultimately, in my brand, and a lot of other designers, we use it as a really powerful tool for communication, especially women of color," she added.

AOC also responded to the criticism with an Instagram post where she poses with her white gown alongside James.

The congresswoman wrote: "The medium is the message. Proud to work with @aurorajames as a sustainably focused, Black woman immigrant designer who went from starting her dream @brothervellies at a flea market in Brooklyn to winning the @cfda against all odds – and then work together to kick open the doors at the Met.

"The time is now for childcare, healthcare, and climate action for all. Tax the Rich," she added.

AOC continued: "And yes, BEFORE anybody starts wilding out – NYC elected officials are regularly invited to and attend the Met due to our responsibilities in overseeing our city’s cultural institutions that serve the public. I was one of several in attendance. Dress is borrowed via @brothervellies 🤗"

When asked by CNN about the price tag on AOC's dress, James said she's still working on calculating the cost but added that a lot of "salvaged material" was used to make the gown.

Tags: Alexandria, designed, Ocasio, Who
You may also like
Recent Posts