Even if you think you know about the Salvator Mundi painting that may or may not have been painted by Leonardo da Vinci at the turn of the 15th century, there’s always more to learn about the sketchy corners of the art world that can cook up its record $450.3 million Christie’s Auction House sale to Saudi Arabian crown prince Mohammed bin Salman. How a painting of uncertain provenance wound up heading toward a new Louvre Abu Dhabi is told in Danish filmmaker Andreas Koefoed’s elegantly riveting potential Oscar contender “The Lost Leonardo” (August 13, Sony Pictures Classics).

The documentarian got ahead of a pack of filmmakers chasing the story, but was slowed down by pandemic protocols and finally debuted the finished film at Tribeca 2021. A friend from film school tipped Koefoed to the story back in 2018. The director was fascinated by the “idea of finding a rare treasure,” said Koefoed on the phone from Copenhagen, “and not knowing whether it’s authentic or not, and then the whole journey that this painting undertook from being just a wrecked painting in New Orleans bought for $1100 and then becoming the most expensive piece of art ever sold.”

Koefoed started filming in 2018, a few months after the Christie’s sale on November 15, 2017, when it was assumed but not confirmed that MBS had acquired the painting. A year later, the Salvator Mundi was supposed to be displayed at a 2019 exhibition at the Louvre in Paris. “But it never showed up,” said Koefoed, who backtracked to uncover the debates about the painting’s authenticity as well as following new developments. “Every month, there would be some new addition to the story that would spread all over the world in the media. So we had to keep up with that.”

The material was so rich that the filmmaker considered a series, but opted to wrangle the complex narrative into a two-hour movie, instead. That was partly because the Danish team was trying to keep ahead of the competition. Koefeld discovered that the BBC had been pitched the idea by eight other directors. “We were a little bit ahead, because we had already done interviews with the key characters,” he said. “It’s something that you have to deal with when you make a film about something that is creating headlines, [that’s] so obvious to turn into a film.”

And Koefoed shot the documentary mostly in English. “It had that potential to be an international story,” said Koefoed. “It’s about the most famous artist who ever lived. And most of the characters would speak English anyway. It had interest from all over the world. Even the painting is called the Savior of the World.” 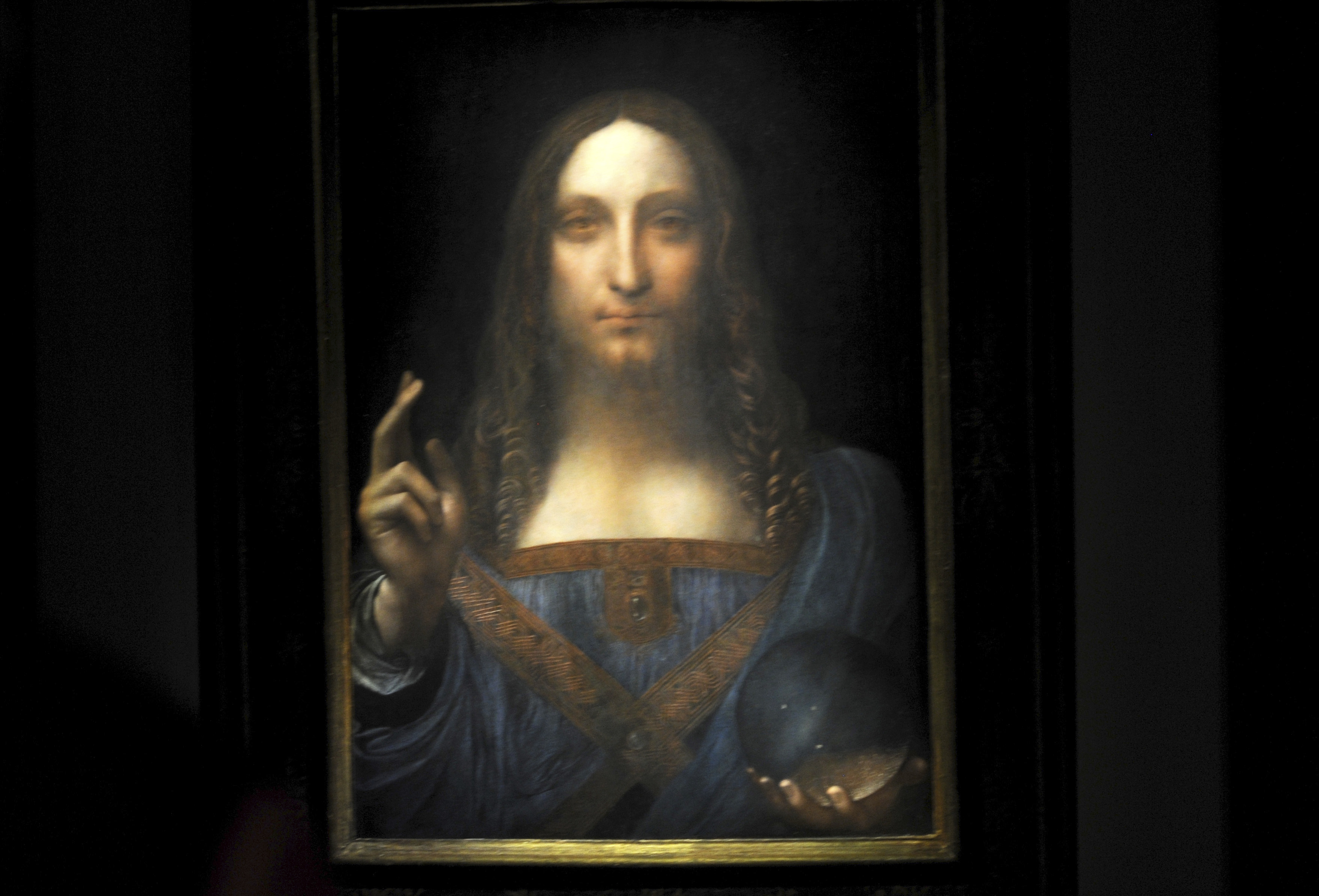 Leonardo da Vinci’s Salvator Mundi painting at a press preview at Christie’s in New York City on November 3, 2017. Leonardo’s Salvator Mundi, one of fewer than 20 surviving paintings accepted as from the artist’s own hand, has caused a worldwide media sensation.

The trick was to find a compelling way to streamline the story. Koefoed was used to following his subjects in a cinema verité style, not managing a team of researchers, writers, producers, and editors and interviewing talking heads in lushly lit settings. “I have not been alone at all, in making this film,” he said. “Because it’s such a complex story that includes so many sources, we had to divide our responsibilities and collaborate. Our aim was not to make it glossy. But we wanted to be inspired by da Vinci’s art, and frame these interviews and make the light as if they were paintings. Da Vinci also has this sfumato effect in his paintings: instead of making clear outlines of his characters, he built it up by numerous layers. And in that way he makes transitions. And this story is also a story of so many layers.”

One key character is the restorer of the Salvator Mundi, Dianne Modestini, who helped to legitimize the painting as a Leonardo. She was an ardent believer. “She’s the painting’s mother, the caretaker of the painting,” said Koefoed. “And she discovered that it might be a Da Vinci and she also put so much effort and emotions into it. She had just lost her husband [Mario Modestini] when she started working on it. And he was a famous restorer himself. In a way she processed her grief by restoring a long lost painting. And then, after the painting was exhibited to the world, and it started facing all this criticism she felt an urge to defend herself and the painting… it becomes more than just a journalistic story about a painting being fake or real. It becomes a deeper story about human emotions and the role of art in our lives.”

Finally the organizing principle of the film was to keep the painting front and center. “Our discovery was that we had to have the painting as the main character,” he said, “because if we got too fascinated by one of the other characters, and if we started digging into their backstory and their lives, then we would start losing the structure of the film…it could easily just become a bombardment of fascinating information and characters. The solution was to build it around the painting and its journey. And then at the end, it’s lost and then the story is about ‘Where is it? Why is it lost? Who knows about it?’ And then it becomes this mystery, both about its whereabouts, but also about its authenticity.” 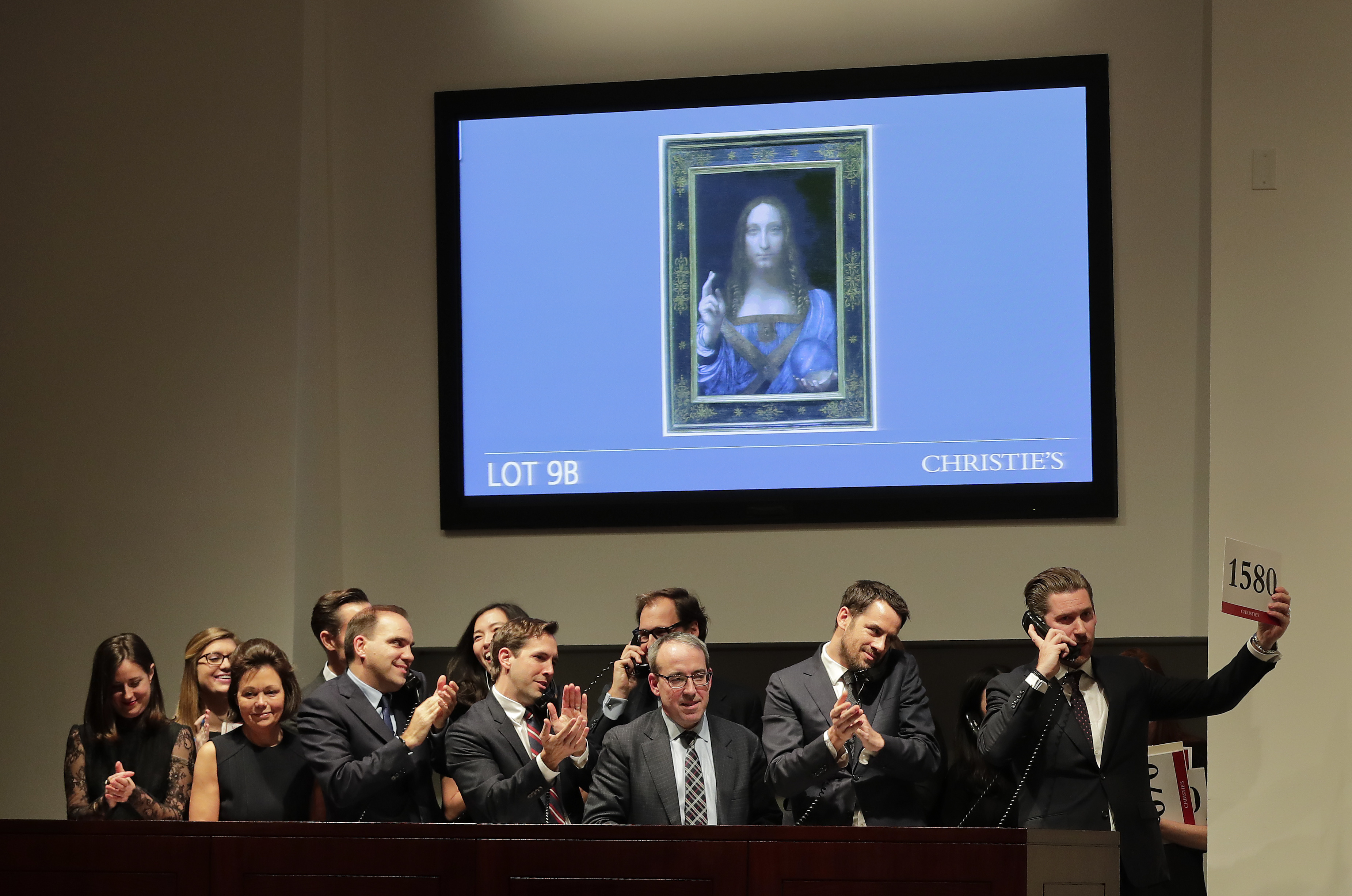 The movie reveals the economic machinations of the art market to be a game of smoke and mirrors, publicity, and mythmaking.

“I was surprised about how much is the art of make-believe,” said Koefoed. “So when Christie’s took in this painting, they decided to completely ignore the doubts around it. So they would write a catalogue saying this painting belonged to the three kings of England and the royal family of friends. But if you ask the people who did the research, they would say, ‘well, there is a likelihood that it belonged to these.’ But that doesn’t really work in a catalog, when you’re selling a thing. They labeled it the male Mona Lisa because then it would immediately reach the top, top level. Then they did this amazing campaign where they filmed people watching the painting and crying and praying, and there were also celebrities there. So, that would show a potential buyer the enormous power of this piece of art. “

In other words, Christie’s did a fantastic marketing job. While people in the art world understand that for Christie’s, promotion is the name of the game, they are more critical of the National Gallery, “because they authenticated the painting before there was any consensus around the authenticity,” said Koefoed. “They invited these five scholars, they believed in it themselves. And then they decided to be a little bold and label it as a Leonardo. The painting was also on the market at that point. And there is this rule saying you’re not allowed as a public institution to exhibit a painting that is on the market because it might affect the value. But they did that anyway.” 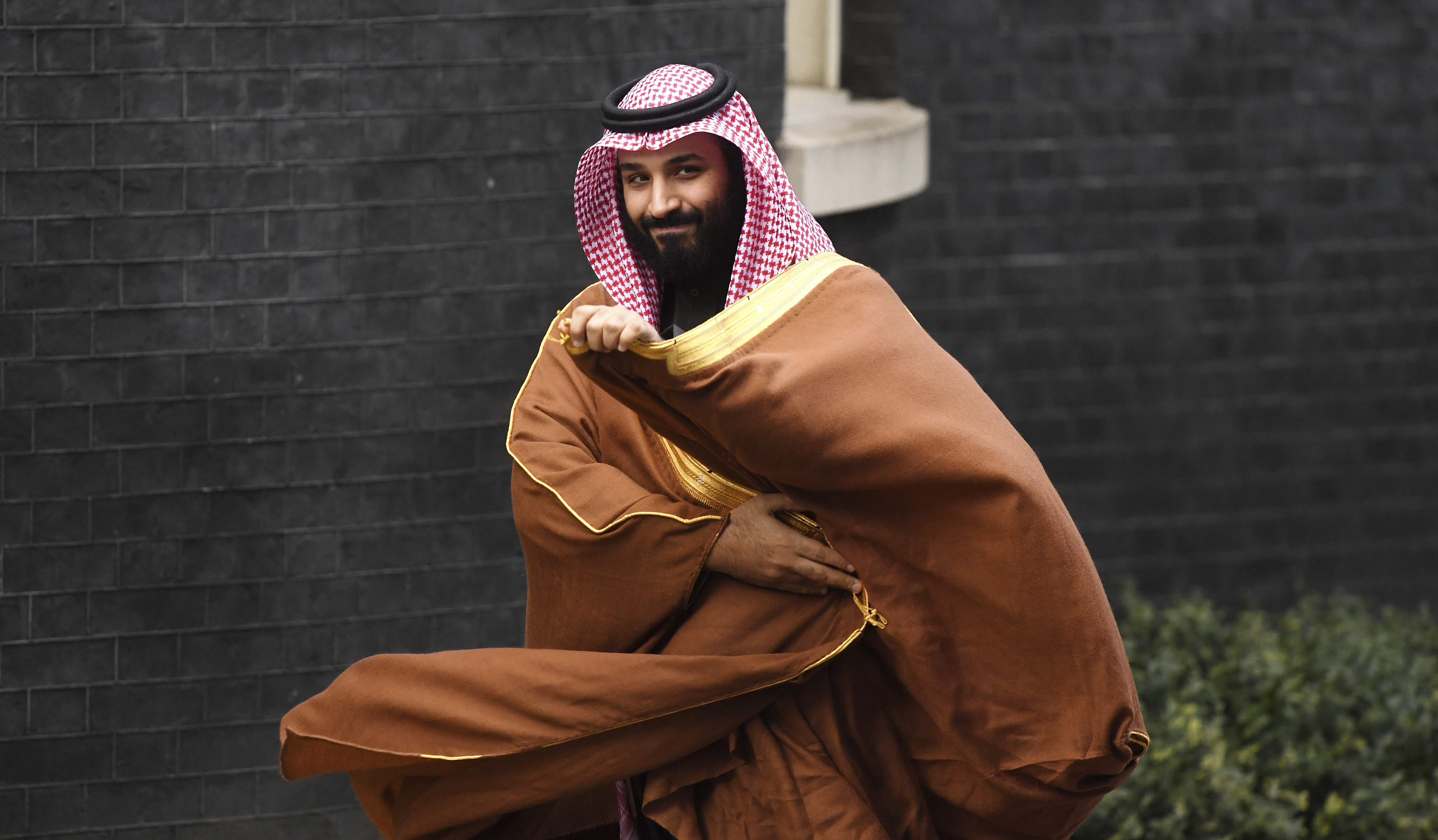 Why was MBS willing to pay so much? “He bought it as a geopolitical tool or token,” said Koefoed. “He probably thinks that he can use it in the same way as France uses the Mona Lisa. He is in the middle of rebranding his country as a more cultural nation, not just financed by oil. He’s doing this whole reform, and having a rare painting like this that can attract people from all over the world has a huge value.”

Koefoed has decided not to weigh in one way or the other on whether the painting is real. “I decided to remain open,” he said. “And not share my thoughts about it. It’s more interesting to let the audience decide what they believe. I’m not an expert at all, I understand both sides, I can see their points. And I can at one time, believe one thing and then the other time, the other thing.”