Home
TV and Movies
'Top Chef: Portland': Dale Talde Reveals What the Contestants Struggled With the Most, Plus His Best Bites All Season (Exclusive)

Top Chef: Portland has marked the return of fan-favorite Dale Talde. He wasn’t a competitor this time around, though. Instead, Talde appeared as an alum on the rotating panel of guest judges. In an exclusive interview with Showbiz Cheat Sheet, Talde reveals what the contestants struggled with the most. He also revealed the best thing he ate all season. 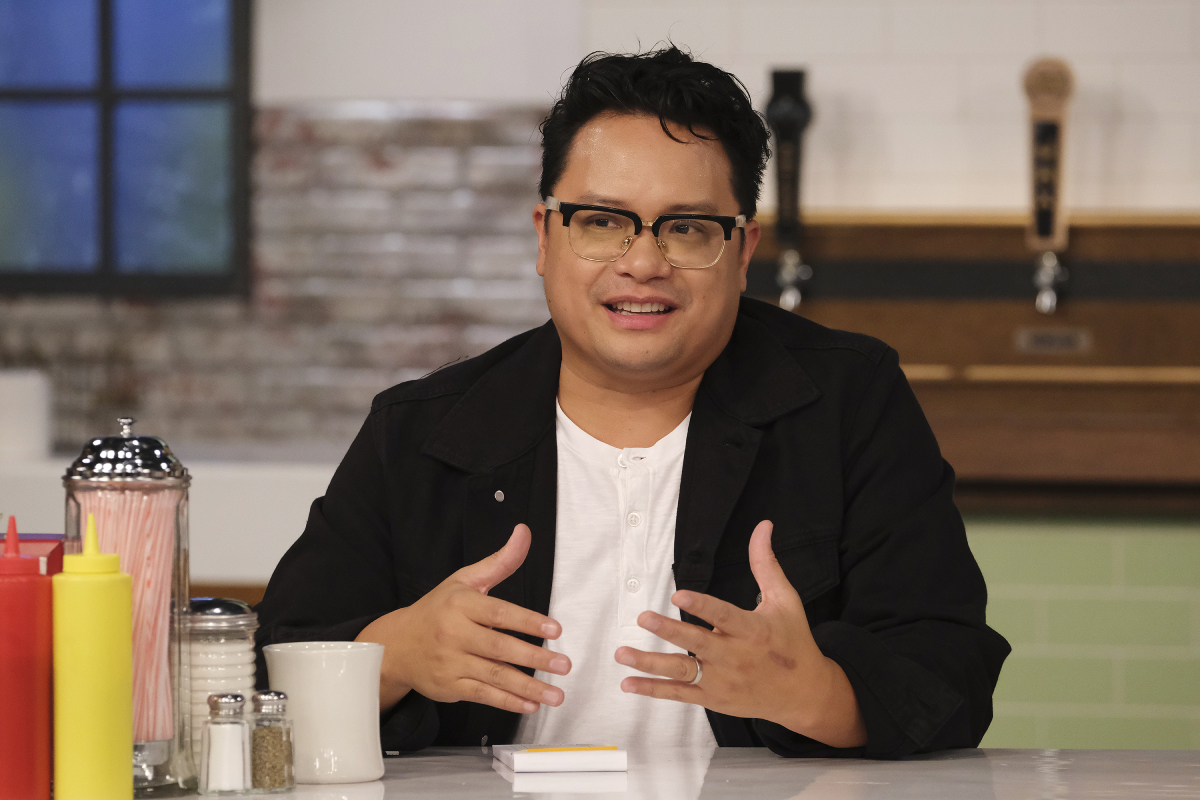 The ‘Top Chef: Portland’ star reveals the difference between being a competitor and a judge

“Going from being a competitor to being now a judge is definitely a lot less nerve-racking, but I still have that competitive juice in me,” Talde explained. “I see these challenges, and they’re so fun! I want to get into them.”

Being a judge isn’t as easy as it looks

Talde admits that he probably couldn’t handle being a competitor on Top Chef these days. The 42-year-old said that he feels like he’s on the “back half” of his career when it comes to competition shows. He joked that he’s on his “retirement tour” because if he tried to compete, his “back would go out” or he would “throw out [his] knee.”

The celebrity chef also noted that being at the Judge’s Table isn’t easy, either. He says he’s learned a lot sitting alongside Tom Colicchio, Padma Lakshmi, and Gail Simmons.

“Being a judge, you get a real respect for what Tom, Padma, Gail do. It’s not easy,” Talde explained. “The job is hard, especially when it’s undecided and there’s not a clear-cut winner. It’s really hard to send someone [home] who you know misstepped by just a little bit.”

The ‘Top Chef: Portland’ star reveals what the cheftestants struggled with the most

Talde says that the one thing the cheftestants struggled with the most during Top Chef: Portland was time management. This resulted in some chefs not getting every ingredient on the plate during the challenges.

In an exclusive interview with Showbiz Cheat Sheet, the celebrity chef said that he noticed a number of chefs weren’t including the ingredients in their dishes that they promised on their menu because they ran out of time.

“When you read a menu or you name a dish [something like] pan-seared salad with a pesto brown butter, and a Tamari honey vinaigrette with hazelnuts and you miss one of those things, you get judged on that,” Talde explained.

When it comes to the best thing he ate during Top Chef: Portland, Talde had trouble picking just one. His first choice was a dish from Avishar Barua and Shota Nakajima during the coffee and beer elimination challenge in episode 2.

Avishar and Shota teamed up to make Lobster Sunomono with a Double Cream Coffee & Stout Reduction, Carbonated Grapes & Furikake. Talde says the dish was “banging” and “so in your face.”

He also added that he always gravitates toward Mexican food, and the panucho from Gabe Erales made him feel like he was in Mexico.

“Like you close your eyes and you were in Mexico,” Talde explained. “You know, you heard the bustling street, you heard just Spanish speaking. I mean, I’ve never been to Mexico, but it was so connected.”

The ‘Top Chef: Portland’ star is getting his own show

Talde has a lot of reality TV experience on his resume. In addition to Top Chef, he’s also appeared on Chopped, Iron Chef America, Beat Bobby Flay and Knife Fight. Now, he’s venturing out to do his own solo show titled All Up In My Grill.

This isn’t a cooking competition, though. All Up In My Grill will feature Talde teaching viewers the skills and confidence they need to unlock the potential of their grill. The goal is to give viewers the knowledge they need to “transform their backyards into fully functioning outdoor kitchens.”

Top Chef: Portland airs Thursday nights on Bravo. All Up In My Grill premieres June 30 on Tastemade.