Tommy is CBS’ newest police procedural drama, which sees Edie Falco as the first gay female Chief of Police of the LAPD, Abigail ‘Tommy’ Thomas. Starring alongside her in the series as her driver and personal security is Vladimir Caamaño as Abner Diaz. Express.co.uk recently spoke to the hit comedian and actor to find out more about his role in the series.

Who plays Abner Diaz in Tommy?

CBS premiered its new series Tommy back on February 6, which follows the story of Tommy (played by Edie Falco) as she transfers across the country to the LAPD.

Joining her is a fellow New York-native named Abner Diaz as is her security detail and driver.

Known for his unique sense of humour as well as his dedication to his job, the character has been a big hit among fans of the series so far.

Express.co.uk recently spoke to the actor who plays him to find out more about the role and what it’s like to work opposite Edie Falco. 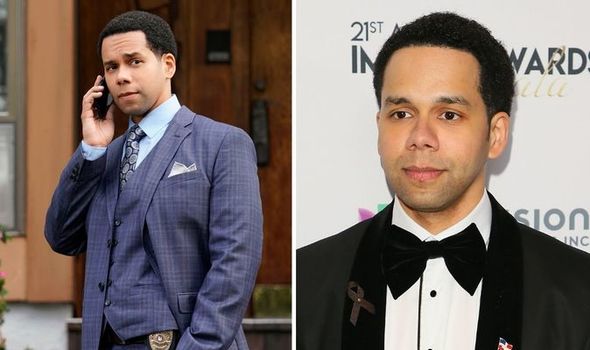 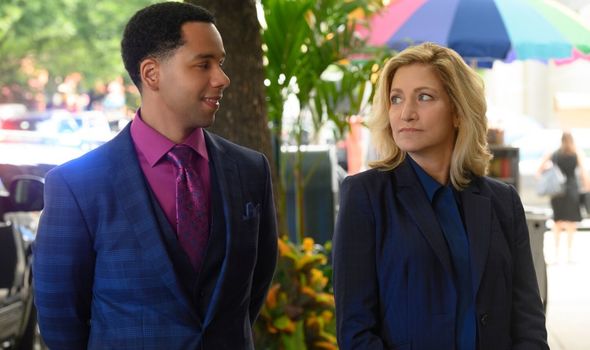 Speaking about his role, actor Vladimir Caamaño explained: “At the top of the series, he is a disillusioned detective.

“And I think when he lands on Abigail Thomas’s security detail, it’s refreshing for him because his idealism returns, his reason for being a cop is awakened again.”

He also revealed his character is dealing with some bad history from his time in New York City before he made the transition to LA.

Caamaño added: “He’s a New York transplant and that is what initially binds him to Abigail Thomas, that’s what sets the seed of trust between the two characters.” 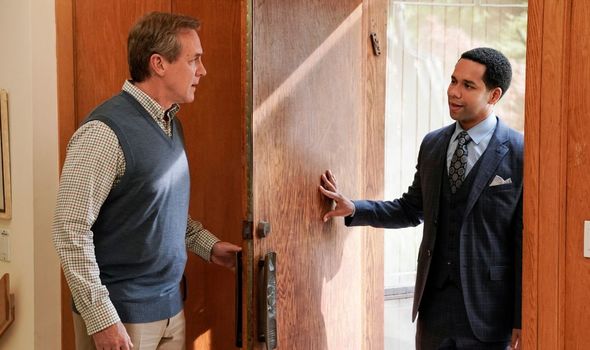 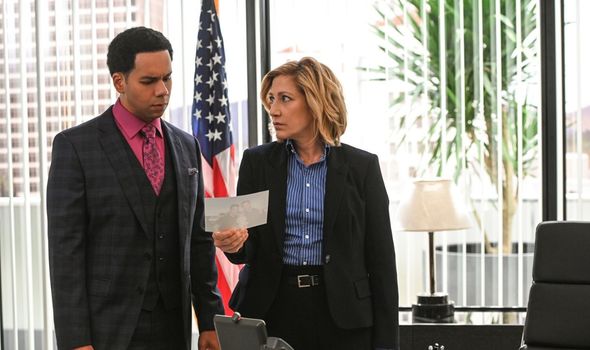 Part of starring as Tommy’s personal security detail means working closely with Falco, who viewers will know for her major roles in The Sopranos and Nurse Jackie.

This was one of the biggest draws of the role for Caamaño who admitted their relationship in real-life is much like it is in the show.

He added: “I think what the character experiences on the screen matches with what I’m experiencing in real life.

“You know the character on screen lands on Abigail Thomas’s security detail. And I, as an actor land as Edie Falco’s co-star.”

He went on to add how working with her was a blessing thanks to her warm sense of humour as well as how she conducts herself as the lead of a network show.

He explained: “Edie so down to earth and that’s what makes her so special – she’s figured out a way to just be a person while at the same time being the lead of a network show.”

Just like his character in the show, Caamaño was born in New York and he grew up in the Bronx.

He started out in stand-up comedy before landing parts in series like Brooklyn Nine-Nine, Marvel’s Runaways and Superstore.

NCIS season 17 finale cancelled: Why is NCIS not on this week?
Young Sheldon: Who does Isabel May play in the series? Meet Veronica
NCIS season 17 theories: Fans tip Fornell return in season finale

As well as this, he is a well-known stand-up comedian performing a set on Jimmy Kimmel Live back in 2017 as well as at the Just For Laughs comedy festival.

Explaining how he broke through into Hollywood, he said: “It was through stand-up comedy. I was in New York and I had several jobs. I was for the most part a counsellor for at-risk youth and from that I transitioned into comedy.

“I did comedy for eight or nine years and then I got the Just For Laughs Comedy Festival.”

This led him to work at Warner Brothers before writing his own pilot and landing roles in some huge series.

Next up for Caamaño is a Netflix film called Vampires vs the Bronx as well as hoping Tommy will get picked up for a second season on CBS.

He explained: “We know we’re hopeful we get picked up for a second season and we’re hoping that we can all come back in the summer time to shoot to shoot new episodes.”

Currently, the series is formed of 12 episodes in total so fans still have plenty of drama left to enjoy.

And as the series was filmed pre-coronavirus COVID-19 shutdown, all of the episodes will continue to be released weekly, which Caamaño is especially pleased about.

He explained: “It’s comforting for me to be able to have this on now when people are home.

“And you know, it gives me a sense that I’m still working!”

Tommy airs on CBS on Thursday evenings with previous episodes available to catch-up on CBS All Access.