Singing legend Tom Jones, 80, appeared on the hit ITV show on March 6 as a guest for the End of the Show Show. He was seen ahead of the segment pretending to talk to his agent on the phone about how he didn’t want to perform on stage with the Ant McPartlin and Dec Donnelly and was overheard by the duo. But eagle-eyed fans were more concerned with the old-fashioned device he was using to make phone calls with – the classic flip phone.

The sketch saw the comedic presenters approaching Tom backstage when they overheard the Welsh singer say: “Hey look, I just heard that Ant and Dec want to join in at the End of the Show Show with me and Tom and Jerry. Look, performing with those two would be a disaster.”

The pair got the wrong end of the stick, believing Tom to have been talking about Tom and Jerry instead of them.

Dec said: “You don’t need to say anything STJ we completely understand, a legend like you should not be sharing the stage with a double act who, quite frankly, are a pair of fools.”

“Well, you’re taking it better than I expected,” Tom replied. To which Ant said: “You’re only saying what the viewers are thinking.” 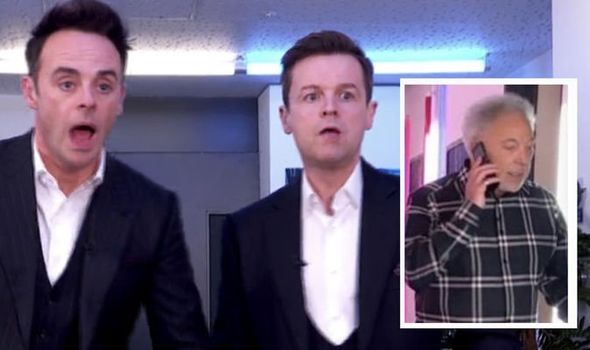 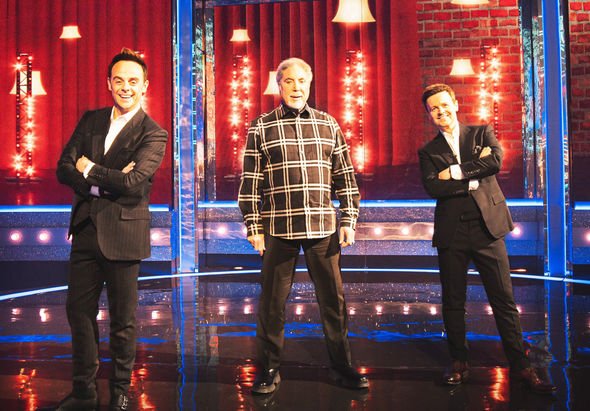 “Consider it sorted, Sir Tom. Sorted.” Dec added. Those watching at home then saw Tom start talking into his flip phone again before walking away.

Flip phones were popular more than a decade ago and Saturday Night Takeaway viewers discussed Tom using one on social media.

Another tweeted: “Sir Tom Jones was using a phone almost as old as him there”.

“#SaturdayNightTakeaway Sir Tom Jones was using a phone almost as old as him there,” someone else wrote.

Elsewhere in last night’s episode of Ant and Dec’s Saturday Night Takeaway, the two presenters were left shocked, along with the audience, after a Win the Ads player decided to stay instead of give the game a go.

Ant and Dec give one lucky viewer at home the chance to not just watch the ads but win them – a popular part of the show.

Dec explained how the majority of the virtual audience was backing player Nazeem to risk everything. 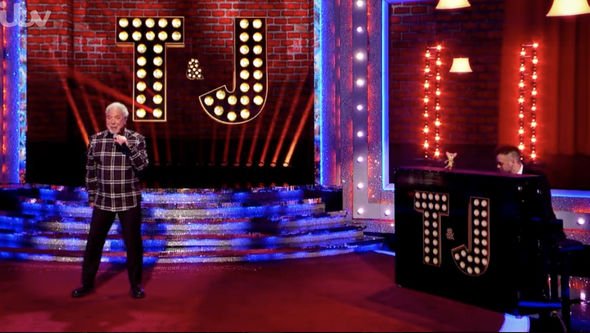 After much time contemplating her decision, she decided she’d stick with the handful of prizes she’d won already.

While she had bagged items such as toothpaste, a year’s worth of Jaffa cakes, a £5,000 Moonpig voucher, and a holiday courtesy of Tui, those watching at home were shocked by her choice considering what else was on offer.

The opening sketch saw Ant and Dec joke about the television chefs use of colourful language, reminding him it was a family show and to not swear.

But moments into playing the first game Gordon made a slip-up and Ant apologised.

Following this, Gordon then commented on a player’s teeth, pretending to joke he couldn’t hear what she was saying because of the gap.

Again, viewers were less than impressed.