Kimberly Wyatt, Bobby Norris and Duncan Preston were on hand to battle the Tipping Point machine tonight on Lucky Stars on ITV. Emmerdale’s Duncan and former Pussycat Dolls star Kimberly were left to battle it out when Bobby bowed out after round two as Ben quizzed them in a tense head-to-head.

However, all three found themselves keeled over with laughter when Ben made an x-rated joke about one of Duncan’s answers.

Ben’s comments came when he asked Kimberly a question about film sequels.

He asked: “Which film sequel released in 2017 had the tagline ‘Every fairy tale has a dark side?'”

The singer and dancer was stumped by the question and passed to the soap star. 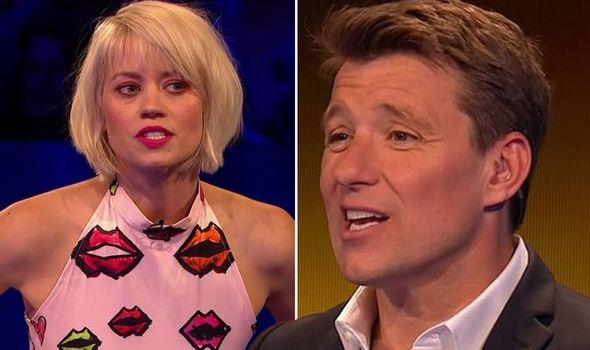 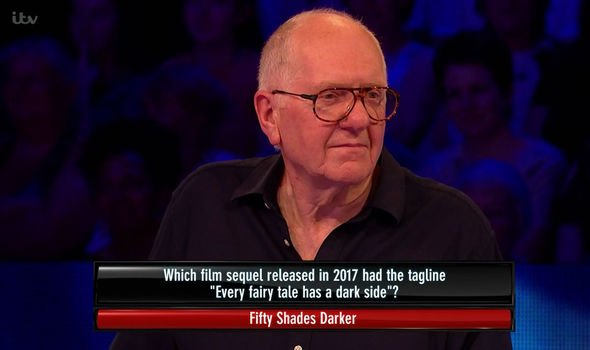 Duncan was equally stumped and decided to guess at Toy Story 2.

Ben then asked Kimberly what she would have gone for and she too went down the children’s movie genre.

However, the pair couldn’t have been more off-track as the correct answer was revealed to be Fifty Shades Darker. 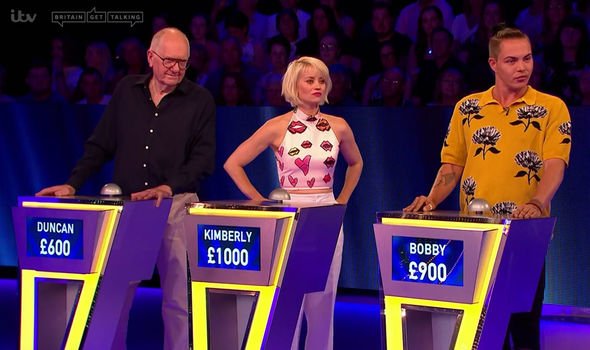 The audience and contestants giggled at how far away from the correct answer Kimberly and Duncan were but were laughing even harder by what Ben said next.

The Good Morning Britain star looked to Duncan and quipped: “It’s a different kind of toy.”

Both Duncan and Kimberly let out a laugh along with the audience while Ben could be seen in the background putting his head in his hand.

Once the giggles had settled down, Kimberly told the presenter: “Naughty!”

This meant she would be going on to face the machine in the hopes of pocketing £20,000 for her chosen charity.