Rochelle Humes refuses to look at picture of dead giraffe

Rochelle, 32, was on hand to host This Morning with Phillip Schofield, 59, and one of the topics on the agenda was trophy hunting. The pair spoke with Michaela as she has become somewhat of an internet sensation for posting pictures of herself on social media with dead animals she has killed. As the hunter tried to explain her point of view, the images she posts online were shown to ITV viewers but Rochelle couldn’t bring herself to look.

When the pictures came up on-screen, Rochelle was absolutely appalled as she remarked: “I can’t look at those.”

“It’s just the bloodlust,” she added. “I understand these feelings, when someone doesn’t understand there’s so much emotion and very easy to hate.

“All these people coming into my profile. These people are good people and care about animals, this is why what I do is too shocking.”

Taking to social media, one viewer wrote: “Well if you wanted to enrage your viewers #ThisMorning you’ve certainly done that. Angry doesn’t even cut it @thismorning.” 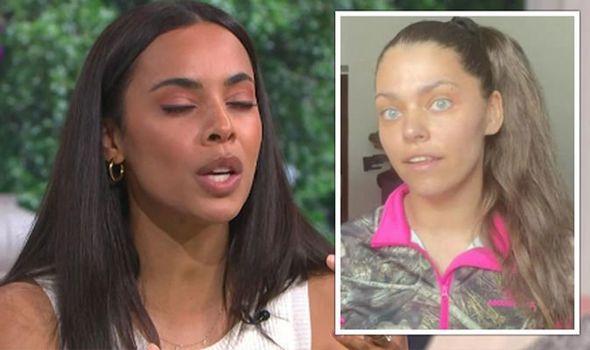 “#thismorning I’m not sure why this girl is even allowed airtime. Killing animals to help overpopulation. What about the animals are actually being killed enough by the human race without her shooting them?” a second posted.

Whilst a third commented: “Why are they giving her so much airtime #thismorning,” a fourth added: “That poor giraffe, they’re endangered too #ThisMorning.”