Over 60,000 have signed a petition demanding Holly Willoughby and Phillip Schofield are sacked from This Morning after pictures emerged of the presenters in Westminster Hall where the Queen was lying-in-state. ITV released a statement denying they had “skipped the queue” before the presenters explained on Tuesday that they were working for the ITV show when the pictures were taken. Former newspaper editor Kelvin Mackenzie told Dan Wootton he thought the duo were “done for”.

Kelvin began: “Well, I think that so many people have given so much of their hearts towards the Queen and actually so much of their time, even the David Beckhams of this world are prepared to queue for 12 hours.

“The fact is that they slid in and managed to get this look and then claimed that they weren’t queue-jumping actually puts them in a very difficult position and the one it really affects to my mind is Philip Schofield.

“Now Philip Schofield was hired in I think in 2019 by the We Buy Any Car ad agency.”

He claimed: “They hired him particularly, and it’s worth looking into this because they wanted a nice image. 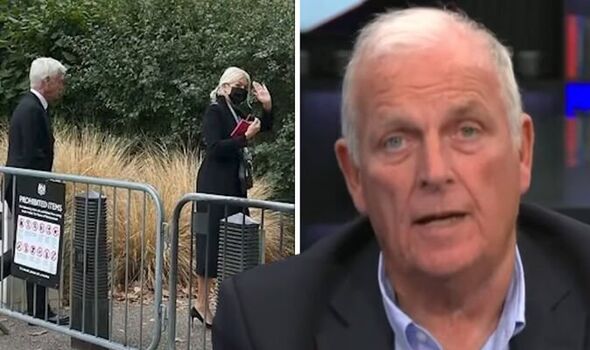 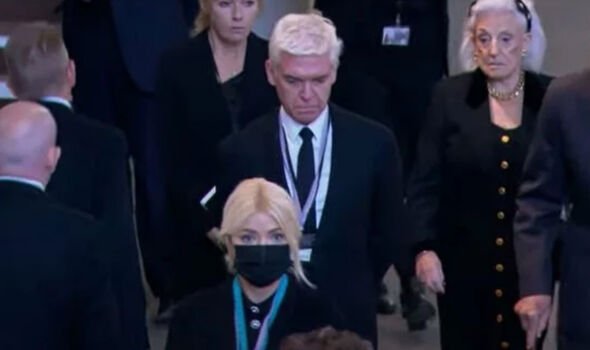 “If I own We Buy Any Car I’m now in the shocking position of actually having quite a good brand but then I’ve got this guy Philip Schofield, who’s now covered in discomfort at the very least and actually a massive question mark about whether he’s telling the truth or not.

“So, if I own We Buy Any Car or I’m the CEO of it, I’m beginning to think this guy is not the image that I want for my company.

“That will also be true of Holly Willoughby… I think [big brands] will be looking at them in an entirely different way.” 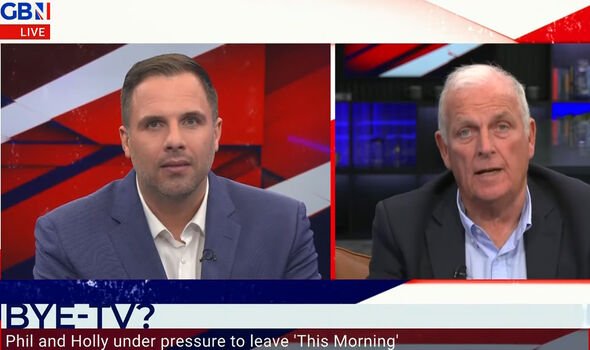 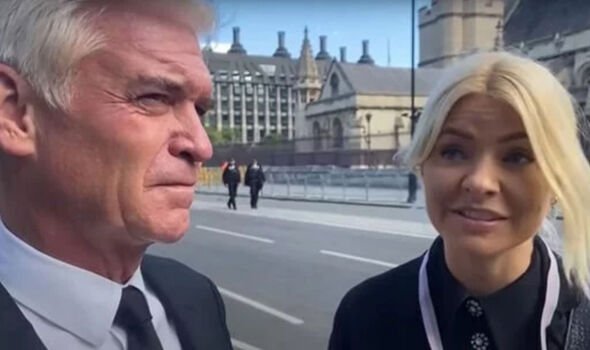 Speaking about the Queen’s funeral, he continued: “This is the major event for this year and for many people many years.

“It’s an emotional event and the fact that it’s now become a story about two people in the show business community, not journalists as they tried to kind of pretend in their funny little way I think they’re basically they’re done for.

“And whether it happens in the short term or the long term doesn’t matter. It’s definitely going to happen.”

When the petition was launched, An ITV spokesperson told Expess.co.uk: “This Morning had press accreditation and like other media, Phillip and Holly were escorted to work from the press gallery by government staff. They did not file past The Queen’s coffin.

“They were there alongside a host of other broadcasters and national press outlets for an item that will be broadcast on Tuesday’s show. Any allegations of improper behaviour are categorically untrue.”

On Tuesday, Holly explained why she and Phillip were in Westminster Hall in a report.

In a voiceover, she said: “Like hundreds of accredited broadcasters and journalists, we were given official permission to access the hall.

“It was strictly for the purposes of reporting on the event for millions of people in the UK who haven’t been able to visit Westminster in person. The rules were we would be quickly escorted around the edges to a platform at the back.”

“In contrast, those paying respects walked around a carpeted area beside the coffin and were given time to pause.

“None of the journalists or broadcasters there took anyone’s place in the queue and no one passed by the Queen.”

“We, of course, respected those rules, however, we realise it may have looked like something else,” she added.

“Therefore, (we) totally understand the reaction. Please know, that we would never jump a queue.”