The Voice UK has seen hundreds of acts sing to the judges in the last couple of months in the hope either Will.i.am, Sir Tom Jones, Meghan Trainor, or Olly Murs would want them on their team. Now, as the show comes towards its close, Will.i.am provided fans with an update on the singing contest, revealing who the winner of the public lifeline vote was.

The ITV show has remained a hit with viewers since moving over from the BBC four years ago.

This year, the show was back once more with a new judge on the panel, after Jennifer Hudson was forced to pull out due to her busy schedule.

She was soon replaced with a different face – Meghan Trainor – who has quickly become a favourite amongst viewers.

As the show has progressed, the competition has gradually narrowed down as just eight acts made it through to the live semi-final. 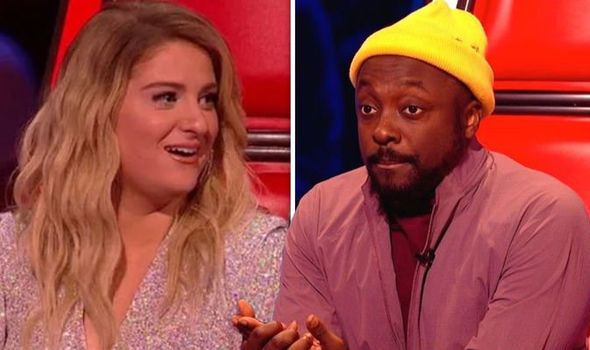 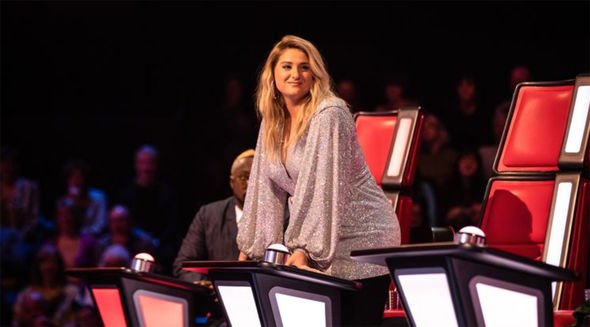 However, there was another option for viewers to bring back one of their favourite acts from the knockout rounds, in the form of a public vote.

The lifeline vote would bring the total number of competitors on the live shows to nine and ITV has now revealed the winner.

Today, Will.I.am gave viewers an update on how the result panned out as he announced which act had made it through.

In a message from the coach posted online, he explained: “Because of what’s going on in the world, we have delayed the live semi-final and the final of this series of The Voice UK. 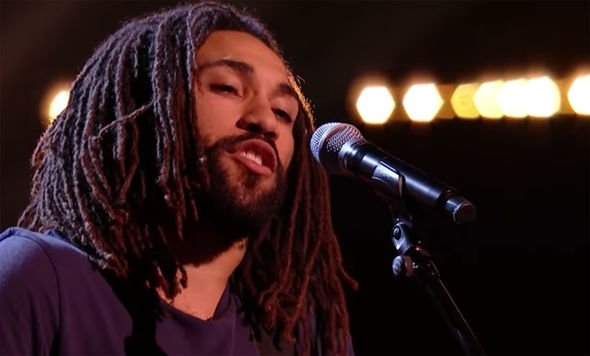 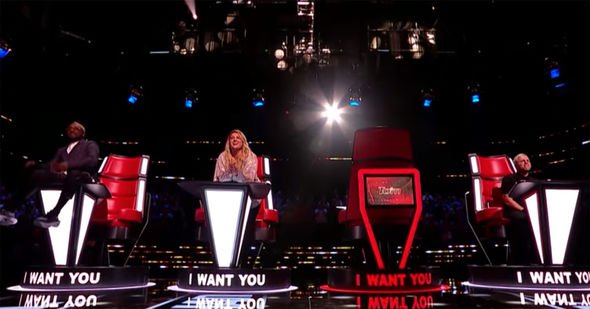 “However, I wanted to give you a bit of news. The results of your lifeline vote are in.

He proudly announced one of his acts had received the most votes: “So, drumroll please… Doug Sure will be joining the other eight contestants to continue in the competition.

“I wanted to say a huge thank you and I’m thrilled that Doug, on Team Will, is still on his journey to win The Voice UK.”

Will reminded viewers how they could get their usual fix of The Voice whilst the live show remains off-air as another special will be broadcast this evening.

He added: “Also, if you’re missing the show, you can still tune in tonight at 8:30pm on Itv and watch some of the most memorable bits from this year and previous seasons.”

After receiving the news he would be returning to the show, Doug said: ”I’m truly honoured to have been saved by the public and can’t wait to see the others in the Live Semi Finals.

“My thanks to everyone for the support and can’t wait to get stuck in!”

This means Will now boasts three acts on his team compared to his respective coaches who still have two acts remaining – will this give him the edge this year?

It comes after the show was forced to postpone its live semi-final and final due to the ongoing outbreak of coronavirus.

The shows final was due to be on-air this evening but due to new government advice, live shows have been forced to shun their live audiences.

In a statement on the future of the show, ITV said: “We have taken the difficult decision to postpone until later this year The Voice UK’s live semi-final and final, which were due on air on the 28th March and 4th April.

“We are working to replace them in the schedule with some bespoke Voice specials.”

The Voice UK: Most Memorable Moments airs tonight at 8.30pm on ITV.