If hard-hitting TV is your thing — and you like crime shows — then “Love After Lockup,” a reality show following couples’ relationships outside of prison, is probably right up your alley.

Fans have been following the ups and downs of the various couples and their issues with the law over the past two seasons. Some couples met on Facebook, some met on dating sites, and others met on WriteaPrisoner.com, a pen pal website. Of course, Season 3, which is set to premiere in June, offers all that drama — and then some. The series press release (via The Futon Critic) promises “stunning firsts, shocking family drama” and a healthy dose of “secrets and lies.”  Count us in!

Couples are balancing their personal lives, kids and families, truly “risking it all for their felon lovers.” This is clearly not your typical dating show. Plenty of couples have appeared on the show, but new couples are in the spotlight for Season 3. Keep reading for more details on Courtney and Josh.

Courtney and Josh want to make their relationship work 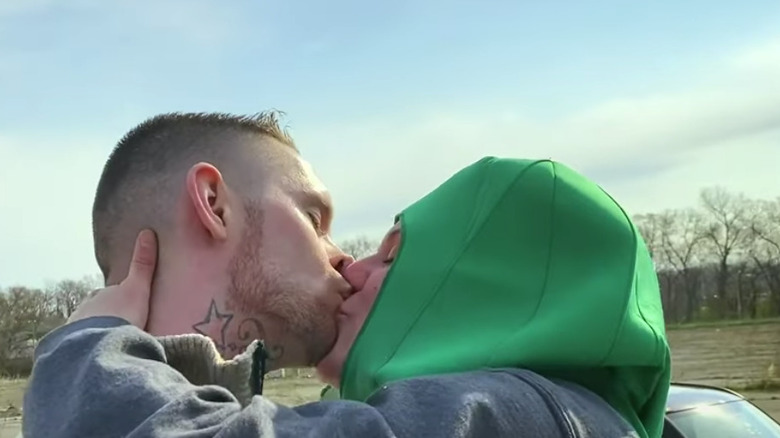 Courtney met Josh when she was on the other side of the law. When she met Josh, she was working as a corrections lieutenant and was fired and sent to jail when their relationship was discovered. During Season 3 of “Love After Lockup,” she is still on probation, but a life behind bars didn’t stop their love. In fact, it only grew.

The couple was married in prison, but they were “married by proxy and neither were present for the wedding,” per People. Josh is reportedly behind bars for burglary and attempted assault, according to WE tv. Per People, it seems like the couple didn’t know what they were getting into when they tied the knot. It’s obvious this season won’t be boring!

While plenty of couples met in other unconventional ways, Courtney and Josh’s interesting back story is definitely a new frontier. There’s definitely no shortage of drama this season!

Tags: about, and, Courtney, J, The, truth
You may also like
Recent Posts