BBC viewers tune into The One Show every weekday, and presenter Alex Jones has been joined by ex-footballer and Strictly Come Dancing star Alex Scott this week. Tonight, there will be no instalment of the show as it’s been taken off-air.

The One Show has continued as normal amid the coronavirus outbreak as the show has stayed in its usual 7pm slot, broadcasting live.

Long-term host Matt Baker stepped away from presenting duties at the end of last month after revealing he was quitting the show in December.

Since then, his former co-host Alex has been hosting alongside a series of guest presenters as the show currently has no replacement for Matt lined-up.

This week has seen Alex Jones coming to viewers with Alex Scott, a football pundit, who viewers will also recognise from her stint on Strictly Come Dancing last year. 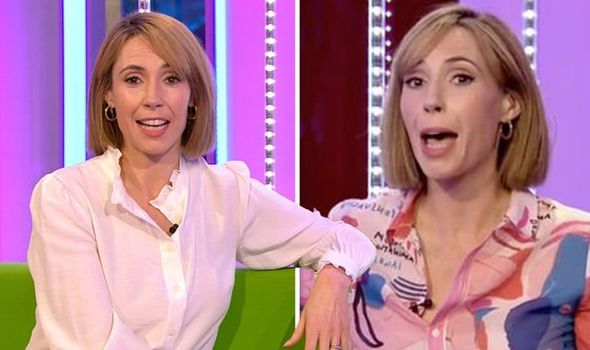 However, tonight’s TV schedule looks different to usual as the show will not air after a BBC shake-up.

Instead, the broadcaster is offering an alternative for Good Friday, as Raiders of the Lost Ark will be on during The One Show’s slot.

The classic film starring Harrison Ford sees Indiana Jones travel to Egypt in search of the Ark of the Covenant.

It’s not the only edition of The One Show which won’t air as Easter Monday will also see a schedule change. 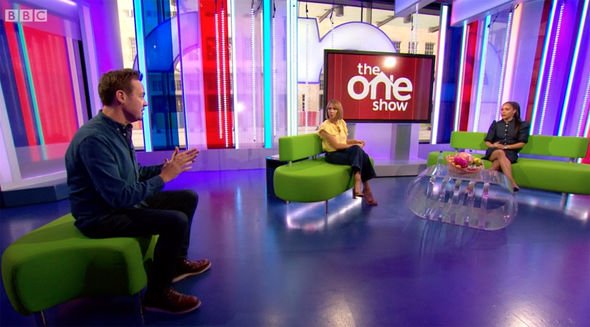 Indiana Jones and the Kingdom of the Crystal Skull will be broadcasting on Monday evening in the same time slot.

The One Show will be back again on Tuesday as Alex Jones will once more be joined by another guest presenter.

A tweet from the show’s official Twitter last night said: “That’s it from us tonight. Have a wonderful Easter everybody! Don’t forget, #clapforcarers at 8pm!”

Last night’s show saw Stephen Mulhern join the hosts as a guest as he was on to speak about his current ventures and perform some magic tricks.

The show currently has Alex as the show’s anchor whilst a selection of presenters will take it in turns to host alongside her.

She previously explained to The Sun’s TV magazine: “We decided that we aren’t going to rush into a decision of who to replace him. Matt nailed it, but it’s a hard job. And it’s got to be someone I can have a laugh with.

“We’ll probably have guest hosts a week at a time over the summer. We’ve been racking our brains and there are lists and lists [of people], but I think the right person will become obvious in their own way.

“There are loads of presenters and comedians I would love to see doing it permanently – my dream co-host is an amalgamation of different people – but they have got commitments. I’m hoping the universe will send the right person.”

A spokesperson for the BBC said: “We are drawing on our existing family of presenters – made up of men and women – to present alongside Alex Jones.”

Matt announced his decision to leave the show after almost a decade at the end of 2019, telling viewers: “I’ve loved that The One Show has been such a big part of my life for the last nine years.

“It’s been brilliant to showcase the eclectic mix of Britain, meet incredible people along the way and witness so many lives changed with the annual Rickshaw Challenge for Children In Need.

“I’d like to thank all those I’ve worked with over the years and especially you, the viewer, for showing me so much support during my time on the green sofa.”

The One Show airs weekdays at 7pm on BBC One.