Home
TV and Movies
The Last Kingdom season 4 cast: Who is in the cast?

The Last Kingdom season 4 is due to land on Netflix today, April 26, and fans have been waiting more than a year to see the characters again. The historical drama series, which has been compared to the popular Amazon Prime series Vikings, tells the story of Uhtred of Bebbanburg, who was born a Saxon but raised a Dane. Throughout the series, his allegiance is tested as he is constantly forced to choose between the two sides as they battle against each other.

Who is in the cast of The Last Kingdom?

Uhtred returns as the Saxon heir of Bebbanburg, who was raised by Danes after his father was killed in battle and his village destroyed.

He is facing a constant internal battle deciding where is fate lies, as he is loyal to those who raised him, but he has fought for the Saxons under King Alfred of Wessex (David Dawson).

Alfred died in the last series, leaving his younger son Edward (Timothy Innes) to take the throne, and he won the last battle by the skin of his teeth.

Wessex is in a vulnerable position and Uhtred will have to decide whether it is his job to protect the region, or rejoin the Danes who want to see it fall.

Alexander Dreymon is a German actor who is fluent in English and French, and his role as Uhtred was his big break.

He has previously starred in American Horror Story: Coven, as well as films The Test of Time and Christopher and His Kind.

At the start of the year, he posted a video thanking his fans, saying: “I think I speak for all of us who are involved in the making of TLK that we are extremely grateful to you all.

“The show could have been cancelled after the first season but it wasn’t, because of your enthusiasm for it and all of our lives would be very different today if that weren’t the case.” 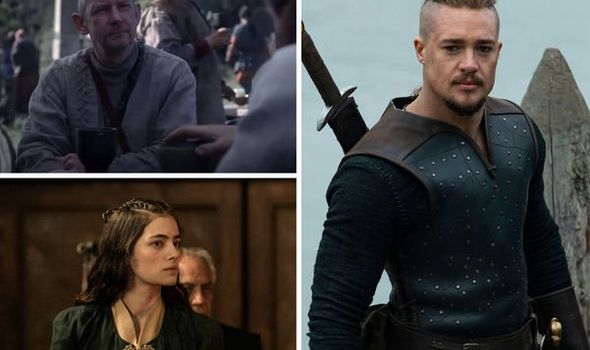 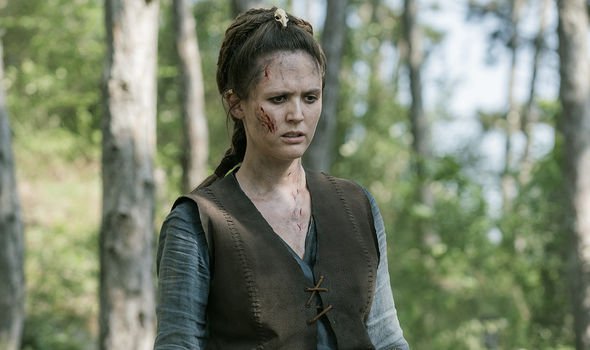 Brida is one of the lead female characters in the series and she has a unique bond with Uhtred, also being Saxon in origin and adopted by Danes.

However, unlike Uhtred, she has stayed loyal to the Danes and fiercely fights beside them, staying true to their belief of Paganism.

She has a difficult relationship with Uhtred and they have even tried to make things work romantically, but with Uhtred’s continuous absconding, she finds it hard to connect with him.

Emily Cox is an Austrian-born actress who is based in Berlin, and she rose to fame for her role in The Last Kingdom.

She has also starred in the TV series Jerks and featured in an episode of Homeland, and she starred in the films The Silent Mountain and The Fatherless. 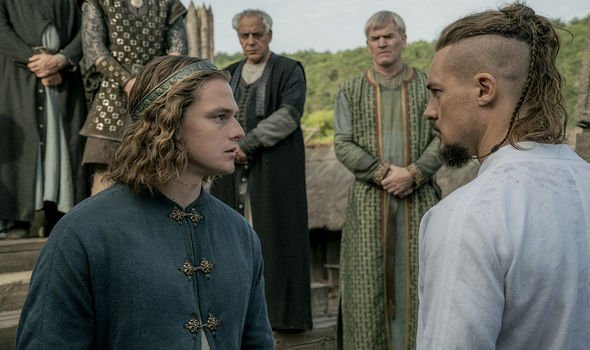 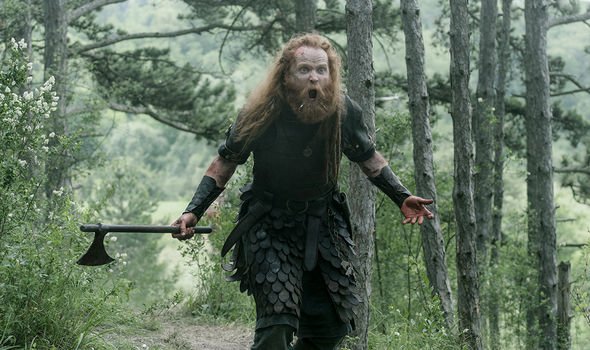 Father Beocca is one of Uhtred’s dear friends and he is the Saxon priest who baptised Uhtred when he was a boy.

His friendship with Uhtred makes it difficult for the heir to decide which path to choose, as he loves his bond with Beocca and Beocca often defends him.

As Beocca was loyal to both Alfred and Uhtred, he was expelled from the inner circle of the King’s Court following Alfred’s death.

Fans were left heartbroken in the last series after Beocca’s wife Thyra (Julia Bache-Wiig), Uhtred’s adopted sister, was killed after a man set fire to her home, hating her Dane heritage.

Ian Hart is an English actor, who is best known for playing the role of Professor Quirrell in Harry Potter and the Philosopher’s Stone.

He more recently starred in the E4 comedy series My Mad Fat Diary, playing the role of Kester Gill.

DON’T MISS…
Vikings season 6: Who is Othere? Is Othere based on a real person? [EXPLAINER]
Ozark: Is Ozark a real place? Stars speak out on filming locations [INSIGHT]
After Life season 2 cast: Who is in the cast of After Life? [INSIGHT]

Edward is the son of King Alfred of Wessex who was forced to take his father’s place on the throne after he fell ill and died.

In season 3 the Danes make plans to slaughter Edward, but Uhtred joins the young King as a free man and prepares him for the battle ahead.

At the end of the last episode, Edward ends up winning the battle, thanks to Uhtred’s input and preparation.

Fans will be interested to see whether Uhtred continues to stay loyal to Edward in the new series, or whether he will swap sides.

Timothy Innes, who plays Edward, has also starred in The Favorite, Daphne, and The Sense of an Ending.

The actor retweeted a post from the official The Last Kingdom Twitter account, which featured a number of photos of Edward with the words: “Now there’s a man with the weight of Wessex on his shoulders.”

Aethelflaed is the daughter of Alfred and she proved to be a strong character after she led Mercia’s troops to help Wessex by herself.

She was married to Lord Aethelred of Mercia (Alec Newman) who denied any support for Uhtred during the battle, so she took it upon herself to help him.

In order to get his revenge on her for defying him, Aethelred orders for her to be murdered by Aldhelm, but he sees her strength as leader and tells her of the plan to protect her.

She manages to escape to a nunnery and later confessed to Uhtred she had feelings for him, but he turns her down in order to protect her.

Millie Brady is a British actress who had a recurring role as Violette Selfridge in the series Mr Selfridge, and she also featured in the film King Arthur: Legend of the Sword as Princess Catia.

More recently she joined the cast of the popular Netflix series The Witcher as Renfri.

However, after the decision was made to recast and reshoot the series, her role was taken over by Emma Appleton.