WrapWomen LA Blog: With $10k donated to charity every episode, you don’t have to feel bad about laughing with — or at — the contestants 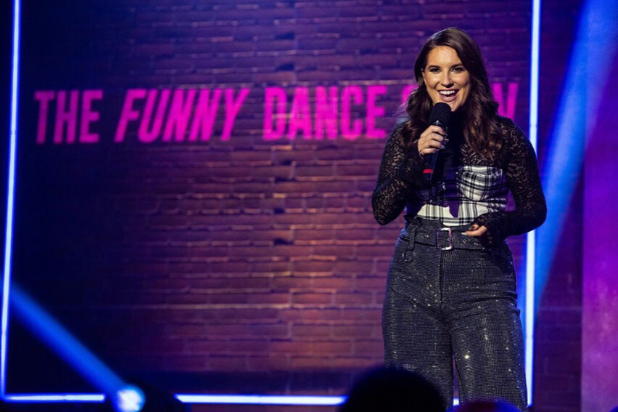 There’s a point on every Zoom happy hour when you run out of things to talk about and just before the awkward silence hits, someone blurts out, “The news is soooo depressing, I need a need new feel-good show to watch! Got any recs?” My answer is always “The Funny Dance Show” on E!

Created, produced and hosted by Heidi Heaslet (#GirlPower) this eight-episode series features your favorite comedians dancing to compete for a chance to win $10,000 for a charity of their choice. That’s right…comedy, great music and embarrassing dance moves all for a good cause. I dare you to see how long it takes before you start uncontrollably laughing (or two-stepping). The season finale airs on Wednesday, April 29 at 11 p.m. PT/ET on E! so start binging now.

As the HBIC (head boss in charge) of her own network show at just 32-years-old, Heaslet takes us behind the scenes during a recent interview with WrapWomen.

Tell us about “The Funny Dance Show”

When we think of our favorite comedians, we know they can make us laugh. But are they good at dancing? Each week, two teams of comedians compete in a series of comedic dance-off routines inspired by pop culture with the help of professional choreographers and an entourage of backup dancers. They perform their routine to a live club audience and our esteemed panel of judges who don’t hold back any opinions: Justin Martindale, Loni Love and Allison Holker.

How did the “The Funny Dance Show” originate?

Our first show was in 2017 in Los Angeles. It originated as a live show at The Comedy Store. It was created, produced and hosted by myself and Justine Marino. Comedy and dance are a mix of our professions and passions…and to our surprise a lot of other people’s too!

We started selling out I think after the third live show. Eventually, we paired with our production company, Ugly Brother Studio, and then E! gave us an offer to turn our live show into an actual TV show. We shot eight episodes this first season and it’s so exciting to see it air on a major cable network like E!

As the creator, executive producer and host of the show, what made you realize, “I need to do this!”

I am a comedian and I have always loved dancing…at bars, house parties, the grocery aisle, etc. I was in a tongue-in-cheek all-female dance squad (L.A.C.M.D.S) right before we created the show. Justine Marino my co-creator, is a fellow comic and self-proclaimed TV dance fan. We were really a perfect match for creating our baby, “The Funny Dance Show.” 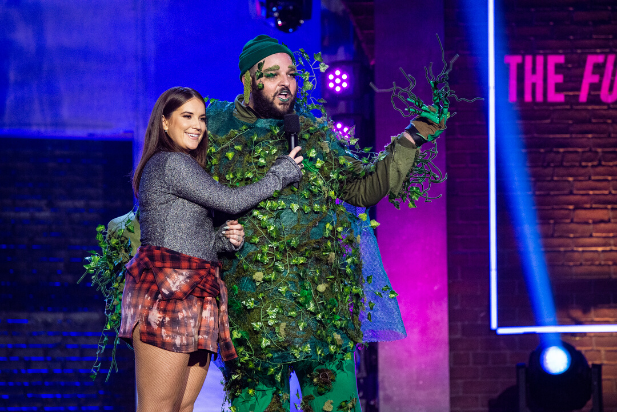 I’ve also worked both in front and behind the camera and always wanted to produce my own ideas on a major scale like a network TV. I love to make people laugh and feel good; however, it’s not the only way I define myself. I’m from a working-class life, which is very similar to what I learned working in production.  Starting from the ground up as a PA who became an Executive Producer is a milestone. I love “manning the ship.”  I love working with different departments (and personalities) to accomplish the goal of the job.

Creating and producing this show allowed me to be the boss I had always been working to be.  Making space for more people to laugh, love dance, and rise in their careers.

Who would you recommend “The Funny Dance Show” to?

This show is for everyone! It’s a feel-good show. If you love dance, especially the kind of dancing that makes you laugh, this is for you. Plus, we give away 10k to charity every single episode, who doesn’t love that?

However, I do think this show is especially powerful for women.  It is created, hosted and executive produced by two women. Not to mentioned, we air in a late-night spot on Network TV, so that’s major. Plus, our judges panel has two highly established women, Loni Love and Allison Holker. It’s been an incredible learning experience to be a woman in a position of power. I’ve worked for many men, being their assistants, their coordinators, their counterparts, but to be the HBIC has been a highlight of my career. I’ll always cherish it, and will continue to grow. I was able to shape the boss I wanted to be in the world, and not just be subject to one.