With readers turning to their home viewing options more than ever, this daily feature provides one new movie each day worth checking out on a major streaming platform.

Beneath the glassy surfaces of nearly every Todd Haynes’ movie lives a woman pressing against them, about to break out. Julianne Moore has played two of those: a suburban housewife chained to the social order of racially segregated 1950s Connecticut in “Far From Heaven,” and as another psychically shackled housewife, this time in 1980s Southern California, in “Safe.”

Though released in 1995, “Safe” is set in 1987, at the height of the AIDS epidemic in America. Haynes’ roots as a queer filmmaker often find him responding to that crisis, most explicitly in his breakout feature “Poison,” a triptych of shorts that used different genres to query widespread American fears — of surveillance, disease, and homosexuality. “Safe” never explicitly addresses the AIDS epidemic, but its opaque message resonates with any public-health crisis, then or now.

Julianne Moore gives an all-in, body-and-soul performance as Carol White, an unremarkable homemaker trying to go through life without ever taking up too much space. Her voice is meek and muted, every utterance a struggle not to consume too much oxygen. And even Rory, her husband’s (Xander Berkeley) son from a previous marriage, isn’t her child.

Outside of drapery and wallpaper schemes, there is very little Carol can call hers. She goes about her days on autopilot — running errands, decorating the house, chit-chatting with other women at the gym or at lunches where anything outside of decaf coffee or fruit is verboten. Her life is small, but it blows open once she begins to experience vague symptoms of some kind of environmental illness. Whether an allergy to Los Angeles pollution and the chemicals in the air, or something more intangible, her affliction hits suddenly and without apparent motive. 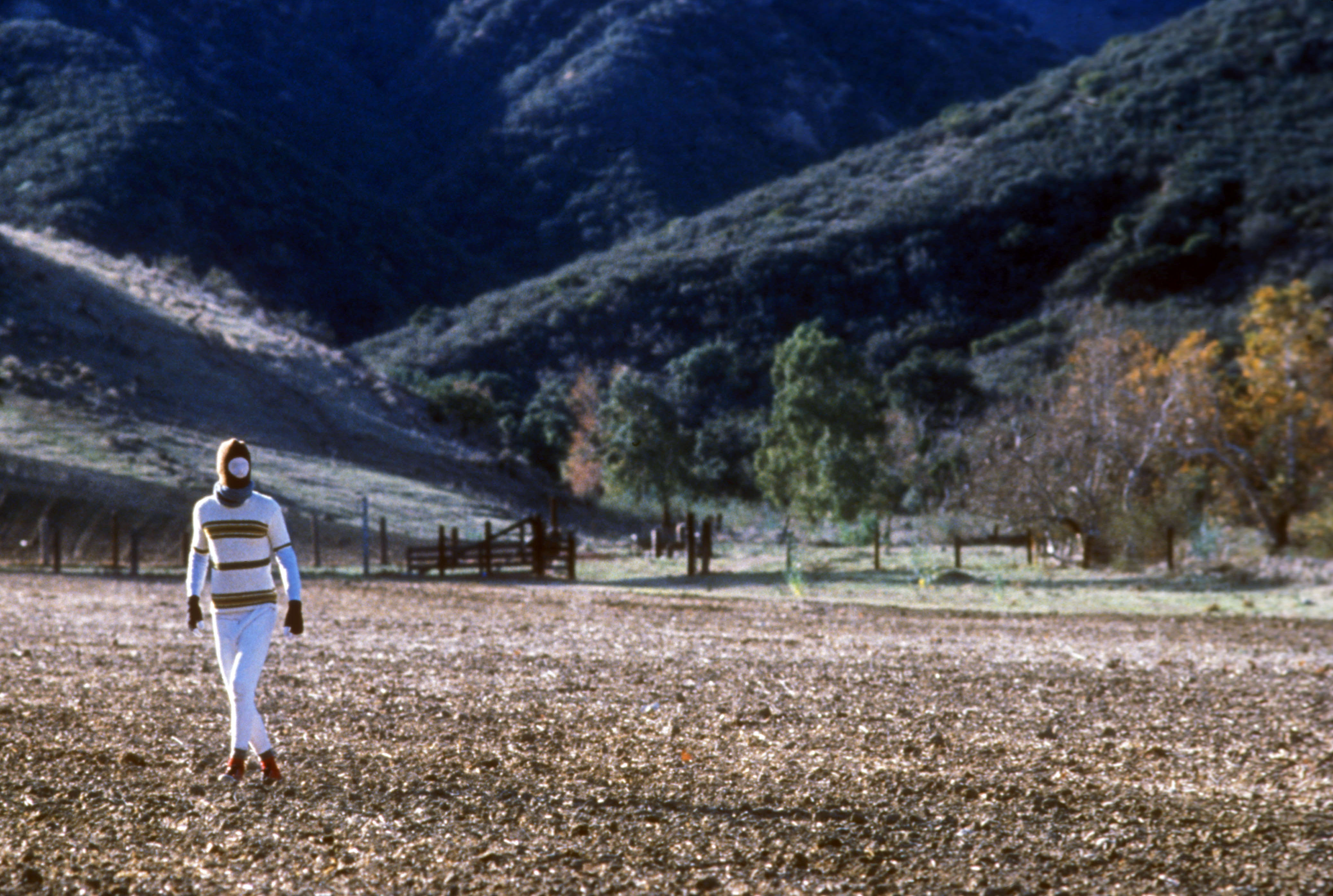 After a violent anaphylactic attack at a dry-cleaning facility, Carol is hospitalized to the bewilderment of her husband, who agrees to send her to Wrenwood, a new age desert community with cult-like aspects where the environmentally ill hide out from a supposedly contaminated civilization. While Carol finds a community in her fellow Wrenwood dwellers, opening herself up to meaningful connection with other men and women in her situation, she hardly finds solace, or a cure.

What are we supposed to take away from “Safe”? That’s up to you. Close-reading this movie puzzle can be like looking for patterns in the clouds: they’re there if you’re looking. Still, watching Carol’s life get torn apart by an invisible, malevolent force is oddly soothing, as the movie maintains a constant, cool temperature. An unsettling tone thrums beneath the more in-camera sounds, an off-kilter hum similar to an air conditioner or white-noise machine, that invites you to sink trancelike into the slow-boiling horror of it all. But the movie’s dead calm finds terror in the corners of silence, quietly shocking through the power of understatement.

Alex Nepomniaschy’s cinematography — all mauves and washed-out blues — is certainly relaxing in its stillness. Visually, “Safe” borrows from Michelangelo Antonioni’s similarly themed “Red Desert,” starring Monica Vitti as a woman having a hysterical meltdown amid the modern wastelands of midcentury Italy; and from Chantal Akerman’s “Jeanne Dielman,” which for over nearly four hours follows a housewife’s (Delphine Seyrig) daily routine, punctured by simmering chaos.

For Carol White, isolation is both the answer to her problem and the very problem itself. What is the cause of her illness? Is she is allergic to the 20th century, as a Wrenwood flyer beckons? Or is her sudden unexplained condition rooted in a more psychoanalytic diagnosis? Todd Haynes interviewed women with environmental illnesses while researching “Safe,” and it’s clear he didn’t arrive at a pat answer. The film never explains if the dangers posed to Carol are all in her head, or a very real threat coming from the outside world.

“Safe” is now streaming on The Criterion Channel.