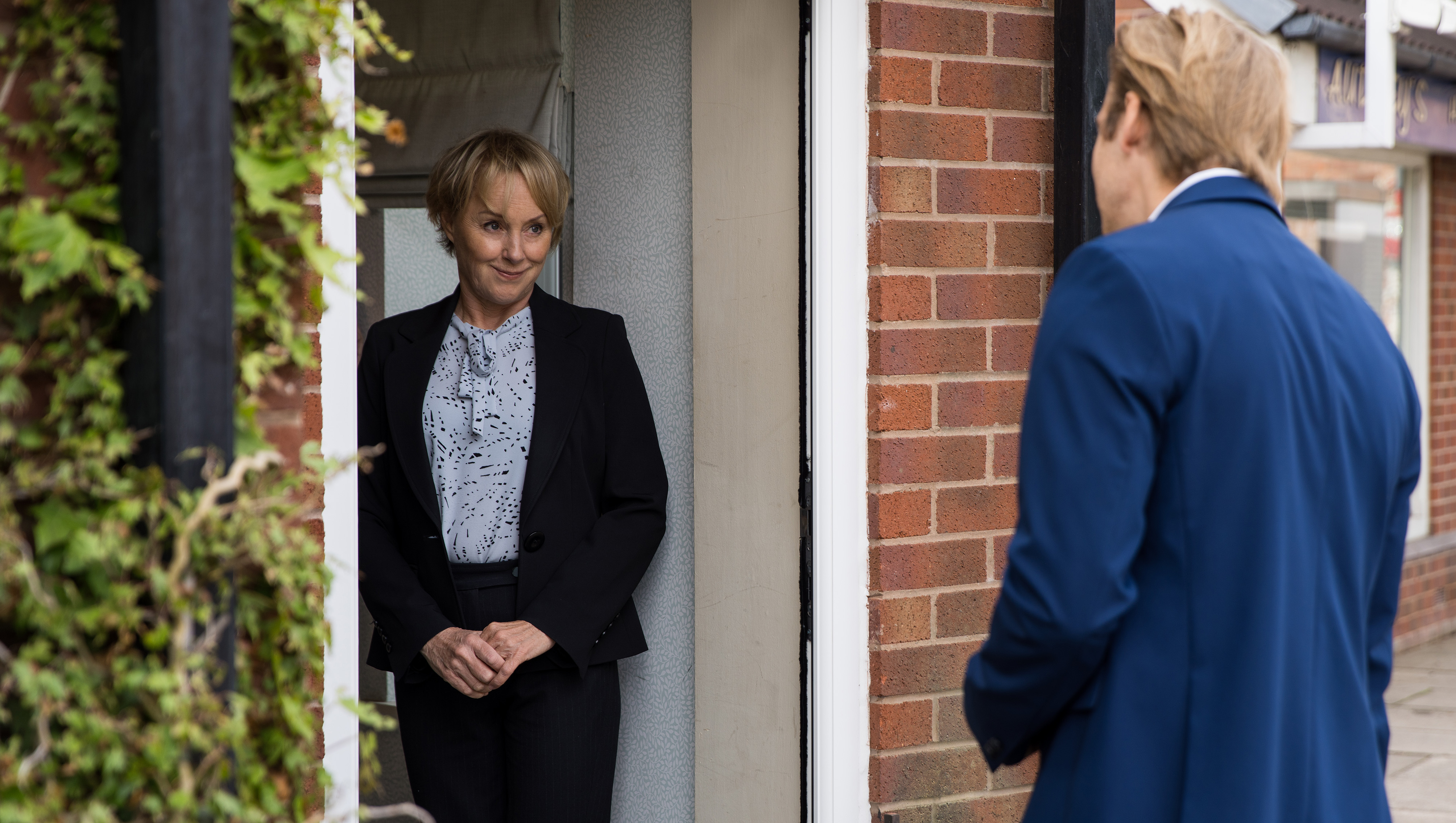 Maria Connor (Samia Longchambon) turns up the political heat on Sally Metcalfe (Sally Dynevor) in upcoming episodes of Coronation Street when she dredges up one of the more unfortunate episodes of Sally’s life – the fact that she’s an ex con.

You may recall that Sally spent Christmas 2018 banged up in prison for fraud, a crime that was even more shocking given that Sally was Mayor of Weatherfield at the time.

Sally was, of course, innocent.

She’d been duped and framed by evil con man Duncan Radfield and was eventually found to be innocent and released from prison.

It seems that in the world of Weatherfield politics anything goes, though, and Maria is set to use underhand tactics to give her the advantage over her rival in the council elections.

After a failed attempt to talk Maria out of standing against her, Sally takes part in a Q&A session, during which Maria brings up the subject of Sally’s previous spell in prison.

Feeling totally humiliated by having the unfortunate episode dredged up, Sally vows that the gloves are now off and she’ll beat Maria at her own game.

Who’ll come out on top?