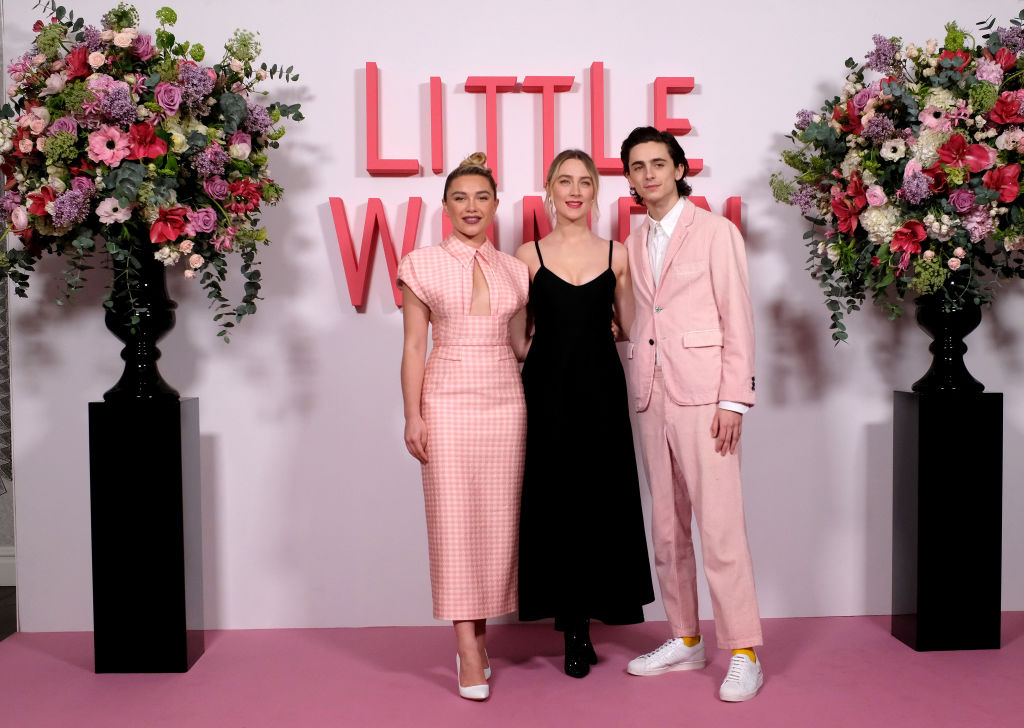 Little Women was released in the U.S. on Dec. 25, 2019. The movie is a coming-of-age period drama, and it is based on a novel by the same name written by Louisa May Alcott. The book was originally published in two volumes in 1868 and 1869.

How fans noticed the water bottles in ‘Little Women’

The discovery was first made on TikTok by a fan of the movie. In the TikTok video, the fan explained she saw the film seven times in theaters and attended a Q&A where the cast of Little Women spoke. While watching the movie again, she noticed the water bottles.

“I don’t know if anybody else noticed, but there’s a Hydro Flask and, like, a Poland Spring water bottle just sort of casually sitting there,” she said. “Let me know if you noticed this.”

The TikTok video was then spread throughout social media as fans talked about the mistake. The same fan then discovered that in December 2019, Ronan, Chalamet, Dern, and Gerwig broke down the scene with the water bottles in a video for Vanity Fair. In the video, the cast and director do not mention the water bottles at all.

“I find it funny that the cast, as you can see, did a breakdown of this scene for Vanity Fair,” said the TikTok user. “Clearly the water bottles are in it, and they stop right here and don’t even mention it, like they didn’t notice.”

On social media, fans of the movie joked about the water bottles left in Little Women. Others compared the mistake to when a coffee cup was left in a scene of Game of Thrones.

“little women can afford having a water bottle and hydro flax in the background of a scene, as a treat,” a fan tweeted.

“the water bottle in little women has the same energy as that starbucks cup in game of thrones,” one Twitter user wrote.

“Laurie, played by Timothée Chalamet, was ahead of his time in ‘Little Women’ (2019). During the 1860s, he already owned a Hydro Flask and water bottle,” a Twitter account joked.

One fan tweeted, “This is my third time rewatching little women and I just noticed there is hydro flask and water bottle.”

“There’s a hydro flask AND a plastic water bottle in the background of this shot from Little Women I’m laughing so hard,” tweeted a fan.

Tags: Little, Some, Women
You may also like
Recent Posts