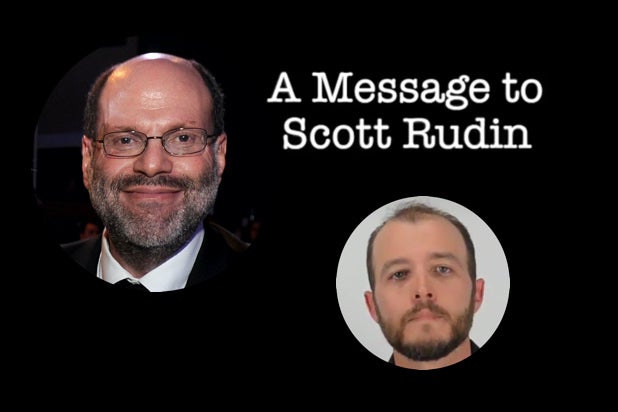 Multiple former staffers have accused the EGOT-winning producer of physical and mental abuse, including accusations that he broke a computer monitor on an assistant’s hand and threw objects like potatoes and glass bowls at staffers. David Graham-Caso’s brother, Kevin, was one of those “berated and demeaned, bullied and intimidated and harassed” staffers.

Sunday, Graham-Caso confronted Rudin, looking directly into the camera, and spoke for his late brother:

“Hi Scott. Kevin Blake Graham-Caso was my brother. He was your assistant in late 2008 and 2009, and you abused him severely. You berated and demeaned, bullied and intimidated and harassed him for eight solid months. It was so intense that he developed anxiety and depression and post-traumatic stress, and like many survivors of traumatic abuse, he soon found himself in another abusive relationship later on in his life. It was so intense that last October, he took his own life.

Your recent announcement that you are taking a temporary and ill-defined step back from Broadway does not show contrition. It does not indicate any interest in actually doing better. All it appears to be is a shrewd PR strategy to avoid real consequences.

No, real consequences would be distributors announcing that any movie made with your name attached to it will no longer get bought. Not as long as somebody who treats people like you do stands to profit. Real consequences would be the talented writers, directors and actors you work with not returning your calls anymore. Actually showing that they care about the rights and dignity of all people and that no one deserves the kind of abuse that you inflict.

Real justice would be you knowing that it was Kevin who helped hold you accountable. Which brings me to my final point, actually why I’m doing this by video. If I look familiar, if I sound familiar, it’s because Kevin and I were identical twins. We were closer than words can explain. He wasn’t just my sibling, he wasn’t just my best friend, he was a part of every part of who I am and he’s gone. Forever. And you are part of the reason why. So it matters to me that you hear this in my voice, and the voice that people told me for my entire life was indistinguishable from Kevin’s.

Kevin’s truth will be told. The abuse you inflict has consequences. And real consequences are coming for you.”

After mounting outcry over the accusations, particularly from the acting community, Rudin on Saturday apologized for his past abusive behavior and said he would step back from an active role in his current Broadway productions, which include the long-running hit “The Book of Mormon” and Aaron Sorkin’s “To Kill a Mockingbird.”

On Saturday, Actors’ Equity Association urged Rudin to release his staff from nondisclosure agreements they may have signed as a condition of employment amid mounting accusations of abusive workplace behavior toward his employees. Sunday, Time’s Up followed suit.

Reps for Rudin have not responded to TheWrap’s request for comment.

You can watch and listen to Graham-Caso’s moving, pointed speech in the video below or by clicking here.

The National Suicide Prevention Lifeline 1-800-273-TALK (8255) is a free, 24/7 confidential service that can provide people in suicidal crisis or emotional distress, or those around them, with support, information and local resources.

Tags: accused, Bullyin, of, Rudin, Scott
You may also like
Recent Posts