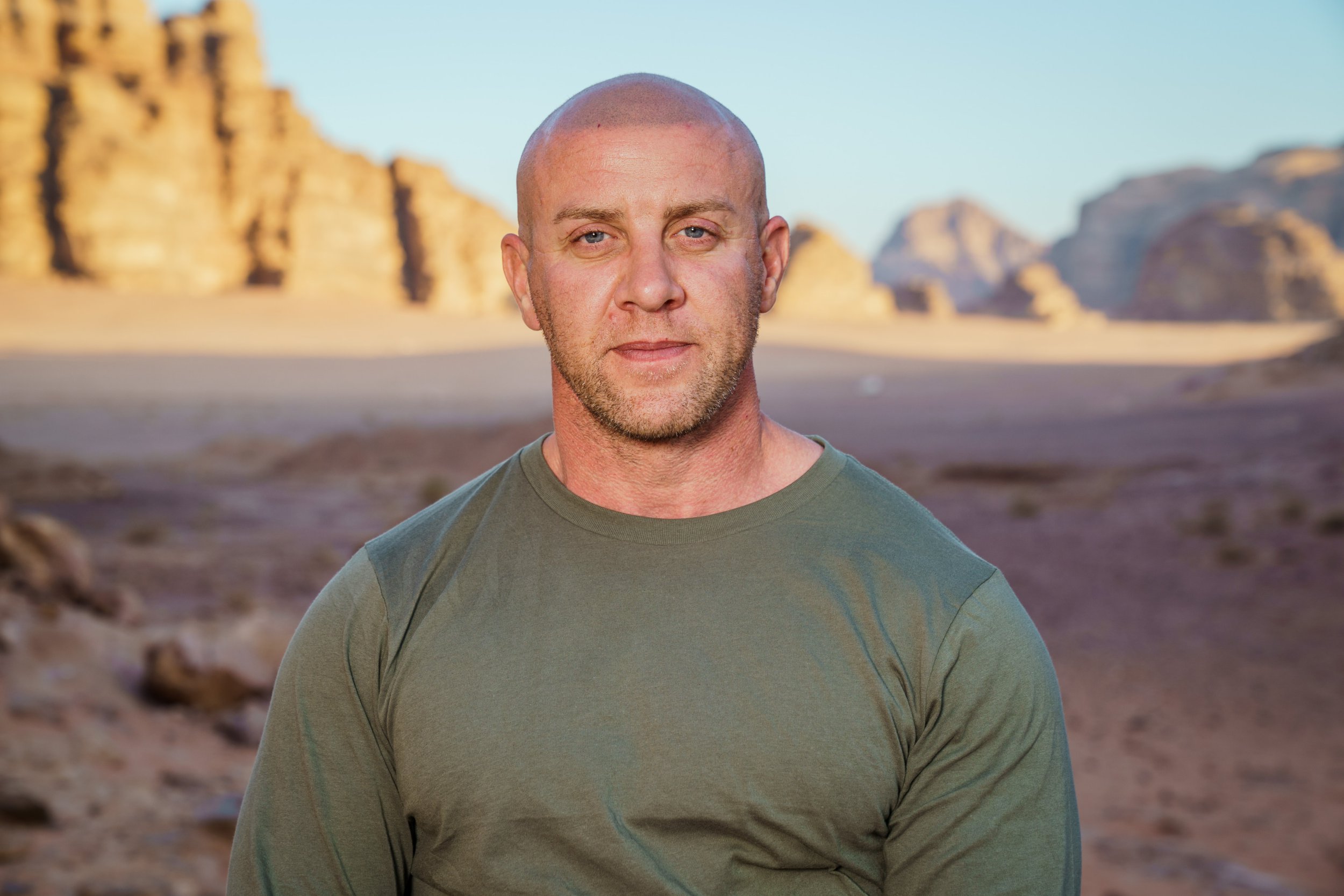 A SAS: Who Dares Wins recruit will open up about his past in an emotional chat with instructors Rudy Reyes and Jason ‘Foxy’ Fox, where he revealed going through gender reassignment surgery after struggling with gender dysphoria.

Nic Brennan, a 40-year-old firefighter from Warrington, is among the 20 recruits facing intense challenges under the gruelling heat of Jordan as they fight through the special forces training course.

The series follows the physical challenges each recruit is put through, as well as the mental battles they individually face on the way.

In tomorrow night’s episode, Nic reveals his own struggles to Rudy and Foxy, opening up about suffering from gender dysphoria from a young age, and feeling as though he had not been ‘born correctly’.

Sat in front of the two instructors in the notorious mirror room, Nic reveals how being in the SAS situation surrounded by a group of people is ‘very challenging.’

He shared: ‘From a very young age I felt different. I felt a boy trapped in the wrong body.’

Nic admitted that these feelings became ‘progressively worse’ when he started puberty, as ‘there was a fear of growing up’.

‘I remember being as young as maybe five or six years old,’ he said.

‘I would beat my chest every night hoping and praying that I’d never wake up with breasts.

‘I eventually was able to do something about it.’

Nine years ago, Nic went through gender reassignment surgery, and reflecting on that, he said: ‘I wish I could have done something about it a lot sooner.

‘Or even better, been born correctly.

‘But I try to make the best of the hand that I’ve been dealt.’

Nic, who has been a firefighter for 20 years, and 12 before his transition, added: ‘I can’t change my past, I can rip up photographs of my previous life, but it’s still there in my head.

To view this video please enable JavaScript, and consider upgrading to a webbrowser thatsupports HTML5video

With Foxy labelling his ability to move past such a challenging period ‘impressive,’ and Rudy pointing out Nic’s mental and physical strength, the recruit later said: ‘I didn’t even know about the word transgender back then. It was just something that I felt I needed to do.

‘It’s a lot of pain and heartache that I’ve had to go through to be the person that I truly am. But it was worth it in the end.

‘Now I can pass other men on the street, people say alright mate, and it’s a nice feeling to know that I’ve accomplished what I needed to do.

‘My external now matches my internal, and it’s a nice feeling.’

SAS: Who Dares Wins airs Sundays at 9pm on Channel 4.