The Loose Women panel were talking about the last time they had cried with This Morning host Ruth Langsford explained she had broken down in the kitchen earlier in the week and was found by her son Jack, who gave her a hug. Reflecting on the moment, Ruth said it was times like that which made her miss her mum.

Ruth began: “I was having a little cry in the kitchen the other day and thought I was on my own.

“I was standing there washing up and I didn’t know [Jack] was there.

“I turned around and he could see I was crying and he literally put his arms around me.” 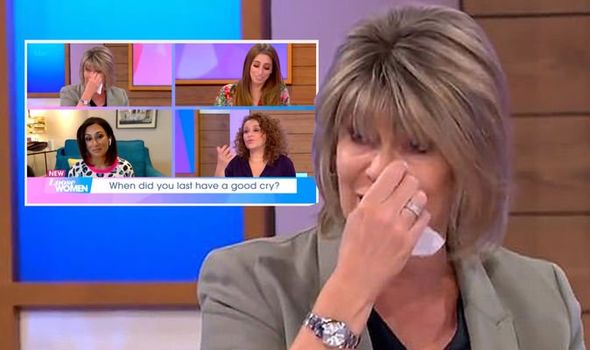 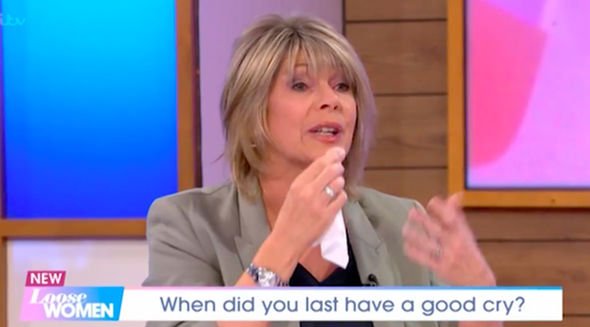 “It’s a very human emotion. It’s alright to cry, because I’ve just done it on telly.”

As Ruth explained how much she missed her mum, she added: “So as you can see, it’s alright to cry because I’ve just done it on the telly.”

Her fellow panellists Stacey Solomon and Nadia Sawalha could be seen smiling, with the latter adding: “Good, I’m glad you have.” 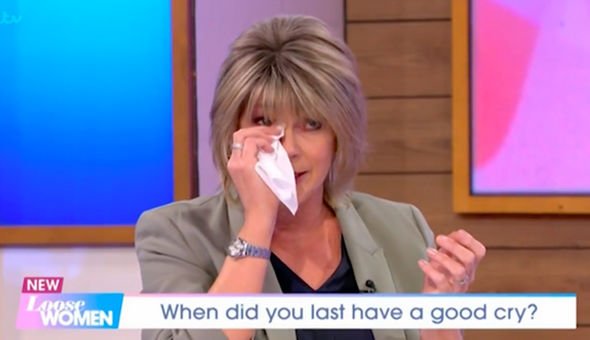 Ruth was then shown dabbing at her eyes as she wiped away her tears before moving on with the show.

Talking about the importance of crying, she began her husband Eamonn Holmes often cries.

“And he’s a big hugger, he always hugs his children, so his children have always seen him cry at sad films.

“I love Ruth and I hate to see her cry. Wish I could give her a hug,” one viewer tweeted.

Another added: “Let it all out Ruth #LooseWomen,” as a third posted: “#LooseWomen I love Ruth,” alongside crying emojis.

Someone else shared: “Awww Ruth breaking my heart, bless her #LooseWomen.”

Also on today’s Loose Women, the panel discussed which breeds of dog they most looked like.

It came as Stacey’s partner Joe Swash compared her to a “sexy Afghan Hound”.