The fifth season of Adult Swim’s popular cartoon comedy is in full swing, but diehard fans have still been returning to some classic episodes from Rick and Morty’s first season. A rewatch of the early episode, ‘Lawnmower Dog’, could have unlocked yet another of the show’s many secrets.

A new theory has posited that the Freddy Krueger parody Scary Terry (played by Jess Harnell) from the second episode of Rick and Morty could actually be an alternate version of the show’s titular sidekick.

In ‘Lawnmower Dog’, Rick and Morty (Justin Roiland) take inspiration from the 2010 blockbuster Inception and enter the dreams of Morty’s math teacher to tweak his grades.

Once inside, their plans to land Morty an undeserved ‘A’ are sabotaged by a grisly killer with knives for hands named ‘Scary Terry’.

The ‘legally safe’ Freddy Krueger hunts them down by hopping across different dreams, but eventually joins their side when they help him stand up to his bully teacher. 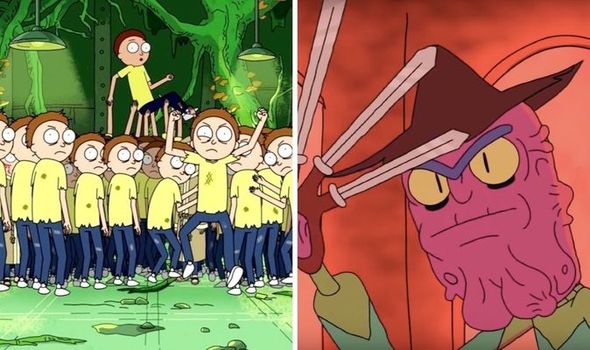 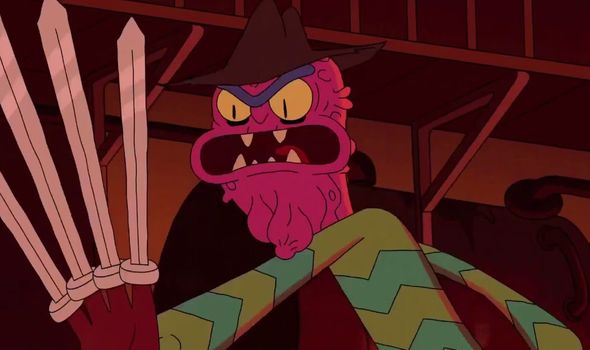 Rick and Morty’s characteristically bizarre early adventure is often lost in the shuffle of their more recent high concept adventures, but Scary Terry has certainly stuck in fans’ memories.

Although he’s yet to make a reappearance five seasons later, one theory could completely change what viewers think of one of the pair’s first foes.

An article in Screen Rant outlined some surprisingly convincing speculation that Scary Terry is actually a Morty from another universe.

Later in the first season, Rick introduces Morty to the Council of Ricks, a group of alternate versions of himself who keep the peace throughout the multiverse. 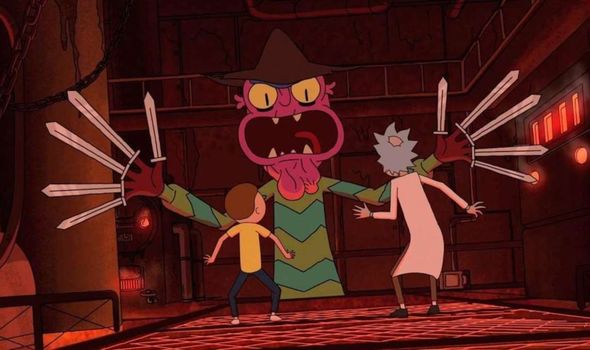 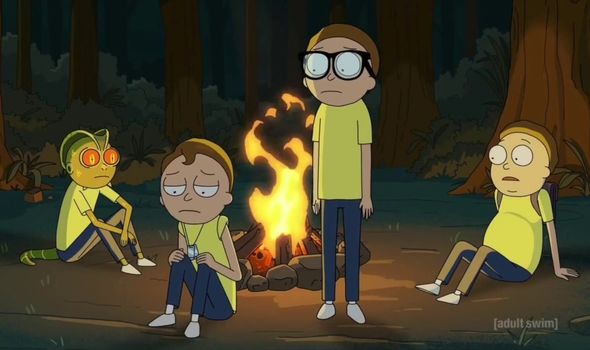 However, this theory suggests the multiverse was actually introduced to the series much earlier in the form of Scary Terry.

The article pointed out that the teenage version of Terry we see in the episode is actually surprisingly similar to Rick’s teenage grandson.

They explained: “Viewers get to see him as an insecure teen who struggles in school and lives in fear of a bombastic, loudmouth teacher, much like the show’s titular teen antihero.”

Furthermore: “A glance into his home life reveals he’s just another working stiff, and soon an insight into his own nightmare proves that Scary Terry is still an anxious teen at heart much like Morty.”

Despite his current career as a knife-wielding dream killer, Scary Terry eventually learns he has a lot in common with Rick’s hapless partner, Morty.

Much like Morty at the start of the episode, Terry’s struggles in school serve as a direct parallel to his prey’s academic insecurities.

If that wasn’t evidence enough, Screen Rant also pointed out Terry’s abilities to travel between dreams, echoing Rick and Morty’s tendency to jump across dimensions.

They added: “Scary Terry’s ability to follow the eponymous duo through various dream worlds as both ally and foe at different points of the episode mirrors how Rick and Morty will later jump between dimensions and encounter different versions of themselves.”

Luckily, there’s no Council of Scary Terry’s that we know of but, unlike the rest of the characters they encounter in the dreams, Terry is somehow able to stalk the duo across different plains of the subconscious.

While the villain doesn’t need a portal gun to follow Rick and Morty across different worlds, he could have carried over the memory of interdimensional travel from his time as a Morty.

The theory proposes that the reason Scary Terry and Morty share the same fear of math is actually because they’re both different versions of the same person.

However, there’s still the fact that Terry looks drastically different to the original Morty and the general appearance of the other versions of him introduced throughout the series.

Even so, the speculation serves as a fun reminder that, even five seasons in, viewers have barely scratched the surface of the infinite multiverse explored throughout Rick and Morty.