Denise Richards is used to being in front of the camera but not in terms of an ensemble cast on a reality series. After joining Real Housewives of Beverly Hills in 2018, the actress was thrust into a different type of spotlight and she’s learning that being a reality star comes with heightened drama. 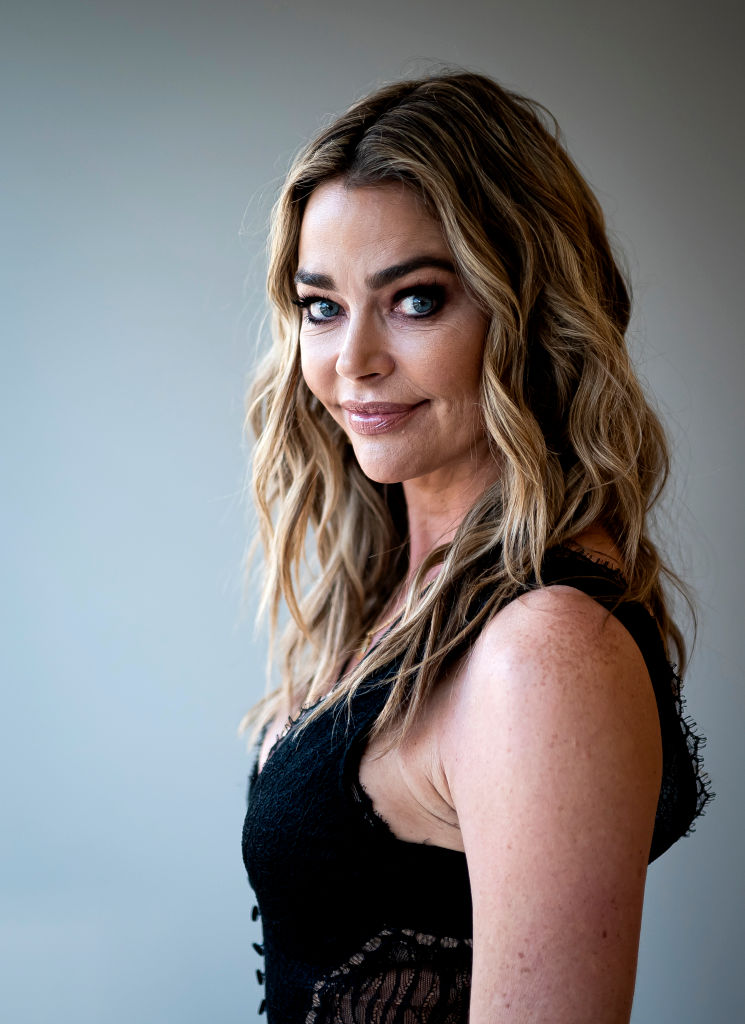 Richards and her husband are now in a legal war with their former landlord over claims that Richards left the property trashed. She’s now countersuing for emotional distress and leaking personal information related to their lease.

Richards joined the cast in its ninth season. The actress was once married to Charlie Sheen and had a number of roles under her belt, including The World Is Not Enough and Wild Enough. Prior to the show, Richards had her own reality series, Denise Richards: It’s Complicated, which premiered after her 2006 divorce from Sheen.

When speaking to The Chicago Tribune in 2019 about joining the show, Richards admitted that she was a longtime fan of RHOB and was convinced to join by her close friend and fellow housewife, Lisa Rina. She also revealed that she’d been approached about joining in previous years but turned it down due to timing.

She married Aaron Phypers two weeks after their engagement on the show in a beachfront ceremony in Malibu, CA.

Season 10 will show the drama unfold regarding the rumor that Richards and her co-star Brandi Glanville had an affair. Richards told The Inquisitir that she was shocked by the gossip.

“I was very much caught off guard [with] the subject matter that seems to be in all the tabloids as of late,” she confessed.“I think it’s kind of disgusting that they even talk about it,” Richards said.

The drama from the show isn’t the only mess Richards has to worry about. She’s now engulfed in a legal war with a former landlord. In Jan. 2020, Richards and Phypers were sued for breach of contract and fraud by her former landlord for a home Richards leased in Calabasas. According to documents obtained by The Blast, the lease included specific terms about animals allowed inside the property.

#tbt this b&w photo was taken the day we got married it’s my favorite. The energy from it showing the deep love & strong connection we have with eachother. Everyday I fall more in ❤️ with this man & I’m so proud to be his wife. @aaronwilliamcameron #soulmate #strongerthanever

The property owners claim Richards agreed the only animals on the property would be “two pot-bellied pigs and three dogs.” Richards also allegedly agreed to keep the property clean and pay for any damage caused by the pets and/or tenants and the home must be returned in the same fashion as when tenants first moved in.

Last night… thank you @kylerichards18 & @mumansky18 for hosting a beautiful event for @childrensla it was amazing & touching. Thank you 🙏🏻

The owners claim that Richards failed to hold up her end of the deal and accuse Richards of “significant damage” to the property. Furthermore, they believe that she violated the agreement regarding the animals inside the home.

Sources told The Blast, that Richards never actually lived in the home. Instead, Richards apparently rented the home for one of her family members. She is now countersuing the property owners, accusing them of leaking her private information. She says the ordeal caused her emotional distress.

Thank you for including us @eileendavidsonofficial @7daystovegas! What a great night! ✨ And thanks to my glam squad @laurarugetti on hair and @jillpowellglam on makeup ✨

In Richards’s suit, she denies all allegations regarding fraud and not adhering to the contract. She also insists that the home was returned in its original condition received and that the landlords are the ones guilty of breach of contract.

Richards claims the landlords “publicized and/or caused to be publicized private information” concerning her, which she finds offensive.

Tags: 'RHOBH:', Denise, Rich
You may also like
Recent Posts