Modern Family‘s got some surprises up its sleeve for its series finale tonight.

Last week’s penultimate episode ended with Mitch and Cam’s new adopted baby arriving sooner than expected, just as they were about to move into their new house, while everyone else was bonding and adjusting to their new normals. It may seem like Mitch and Cam were the only ones with a big change on the horizon, but don’t be too sure about that.

We hopped on the phone with executive producer and co-creator Chris Lloyd ahead of the finale, and after he laughed at our assumption, he promised that there will be some unexpected elements to tonight’s big farewell.

“Of course you want the finale to deliver on people’s expectations but you also want there to be a bit of, oh, I didn’t see that coming kind of experience, and there’s a there’s a mix of those things,” Lloyd said. “I think that there are certain things that you perhaps know will occur in a finale, and those are there, but there are also things that I think the fans will be surprised by and hopefully intrigued by.”

It’s no easy feat to make a series finale, especially for a show that’s been on as long as Modern Family has, and Lloyd said they did their best not to think about other shows or even to attempt to “craft the perfect ending.” It was all about what felt right for the show, and what didn’t feel right, like time travel.

“We went through various possibilities, one being, should we flash into the future to see where everyone wound up? And that didn’t seem right, because it’s time travel-y and weird, and so it really became more of a challenge to kind of establish new paths that people might be on. That seemed like a right way to go about it. That might allow the series to live on in the viewers’ minds, if we see people in some new directions in their lives, and then it became a matter of what those directions might be, and how we craft a story out of that for the end.”

Lloyd says the finale was “a lot of trial and error.”

“We probably had five different finales figured out at different times, and they didn’t seem quite right,” he says. “And then we arrived at the one we have and hopefully people will like it.” 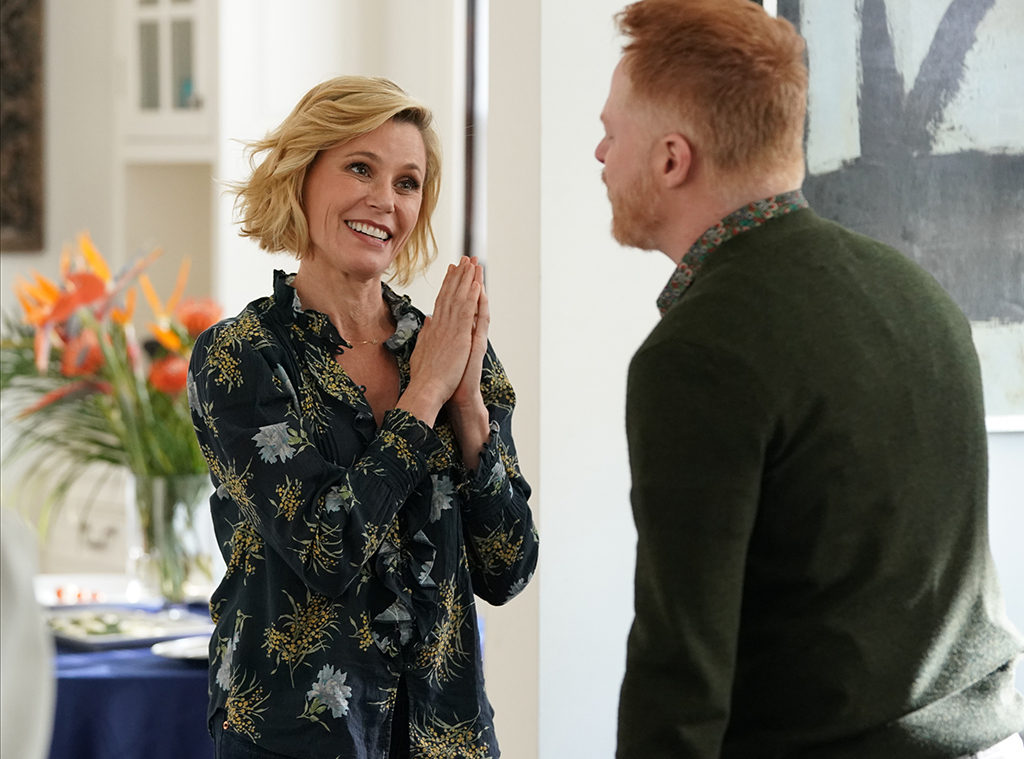 That trial and error process took almost the entire season, and Lloyd says that every few weeks, all of the writers would discuss their ideas for the ending.

“We would have certain ideas, with the idea that we would maybe want to build some change into certain characters’ lives, but we really didn’t have the ending figured out until the last couple of weeks.

Co-creator Steve Levitan wrote the first half with some writers, and Lloyd handled the second half.

“It was really in the writing, at that point, that a lot of the specific stuff got figured out as far as how we were going to end it.”

Of course, as Lloyd, Levitan, and their team wrote it and even as it was filmed just a few weeks ago, they could have never imagined that the finale would be airing during a global pandemic, and the time at home has only amplified the feelings everybody was already feeling.

“Ending the show was exhilarating, and at the same time it was sad because we all became quite close and we had a big tearful hug and then we all went to our cars, so you’re left with a little bit of an empty feeling, and then you have a lot of days stuck in your house to feel that empty feeling,” Lloyd says. “You know, this would be the type of thing that normally, you would look forward to getting back together with everybody or doing episodes based on coronavirus or whatever, how would Phil react, all of that. We don’t have that outlet. But look, everybody’s going through struggles with this thing, so ours are just a little different.”

Lloyd didn’t want to say how the characters are coping right now since we’ll never get to see it, but can’t you just see Phil truly killing it on TikTok?

Modern Family‘s farewell begins tonight at 8 p.m. with a documentary celebrating the series (featuring lots of behind-the-scenes pilot footage), followed by the two-part finale at 9 p.m. on ABC.