EXCLUSIVE: They say you can’t take on City Hall, but someone forgot to tell Sir Lady Java.

As you can see in the video below that Emmy winner Hemingway has put together, Good Trouble alum Sahar is slated to play the famed female impersonator – and Sir Lady Java very much approves:

Called a “trailblazer” and “a cultural icon” by Hemingway in the video, Sir Lady Java was a frequent presence on the Los Angeles nightclub circuit back in the 1960s. In that time of discrimination, she shared the stage with Sammy Davis Jr, Redd Foxx, Lena Horne, Richard Pryor and James Brown until the LAPD decided to shut her down in 1967 with what was known as “Rule Number 9.” 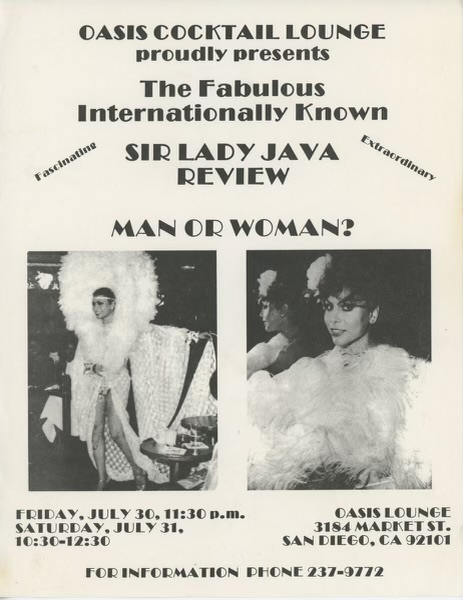 The targeted ordinance banned any “impersonation by means of costume or dress a person of the opposite sex.” Picketing local venues and linking up with the ACLU, Sir Lady Java took the cops and the city all the way to the California Supreme Court.

“I was fighting for a man to have the right to wear what they wanted to wear, and I won,” Sir Lady Java says in the video.