EX-FOOTIE ace Peter Crouch has revealed he was "close to death" in a terrifying skydiving stunt for his new TV show Save Our Summer.

Viewers will see the cult former Liverpool star plunge 13,000 feet from a plane in the first episode of the BBC One show on saturday night in front of co-hosts Maya Jama and Alex Horne. 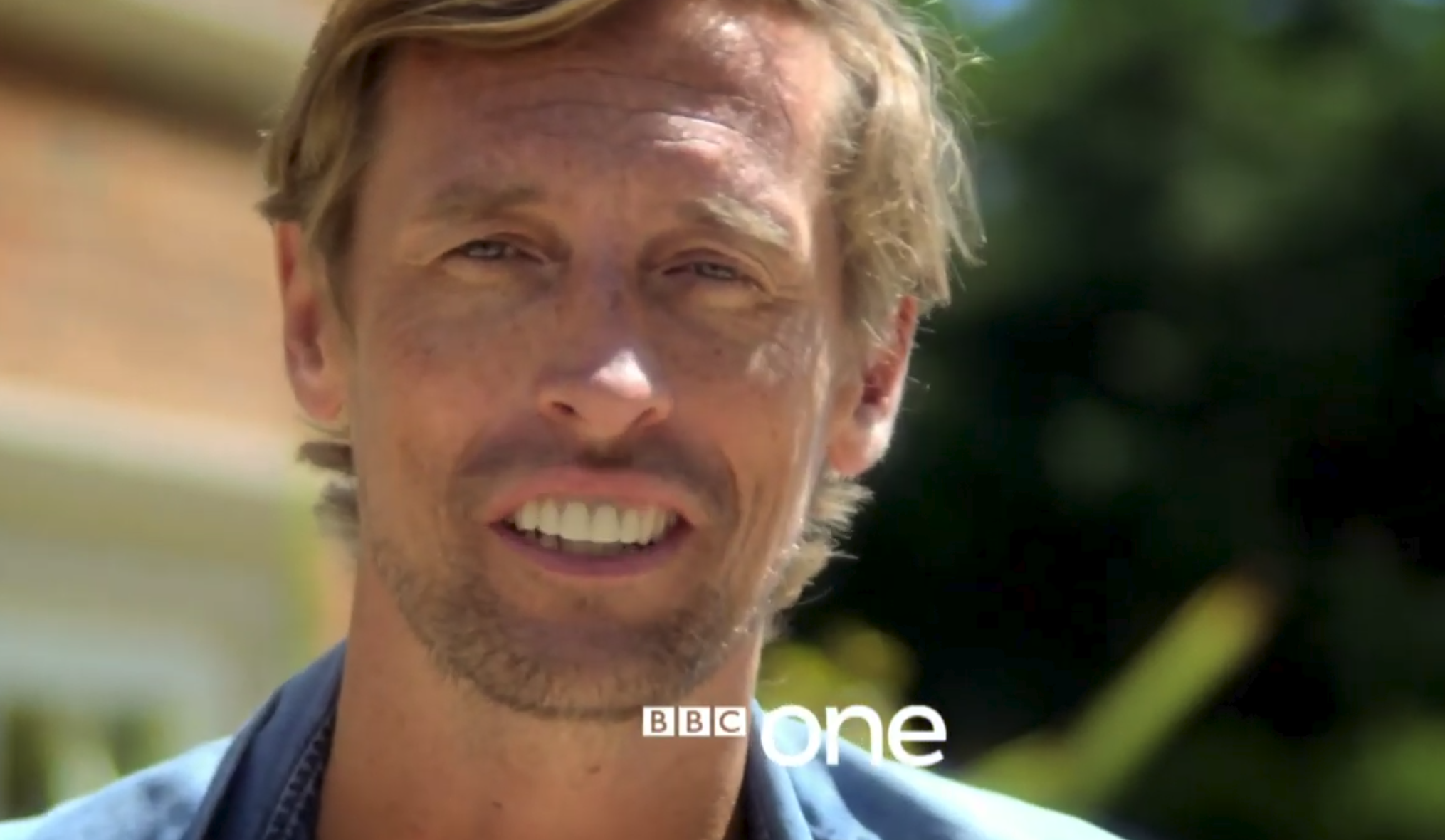 The tall telly pundit towered over his rivals on the pitch, but says he was a bag of nerves when he took on the nail-biting stunt.

The 6ft 7in frontman tells The Sun Online: "I felt close to death. I felt confident the whole way through and as soon as we got to jumping ou I lost it. My feet were like blocks of ice which took the enjoyment out of it."

Joking that he shouldn't have been scared, he quips: "It's not as if you're on Ryan Air with a sandwich next to you, you do have a parachute.

"I’ve been close to death on a few occasions (on the show), and it’s not been fun, it’s been excruciating at times!" 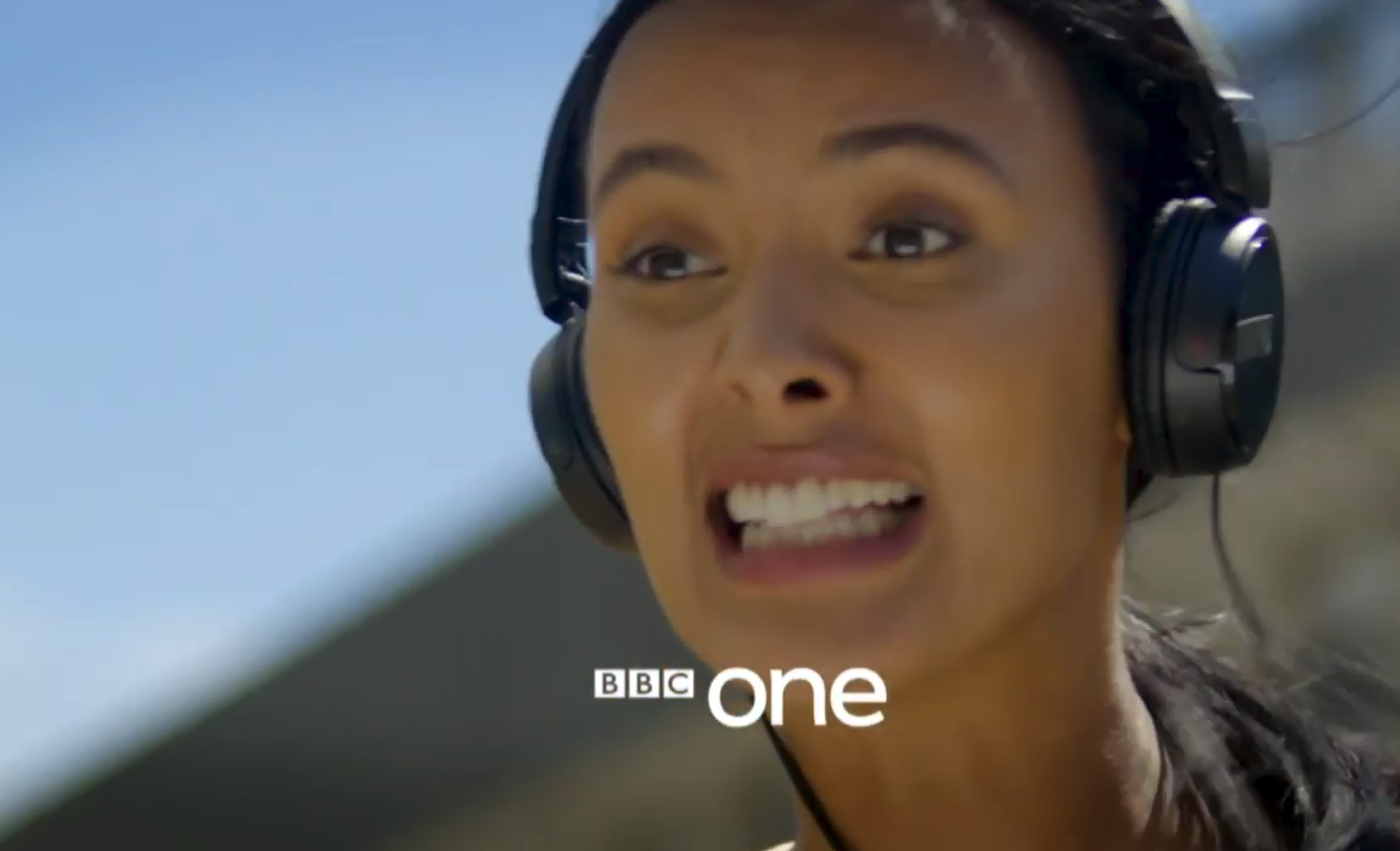 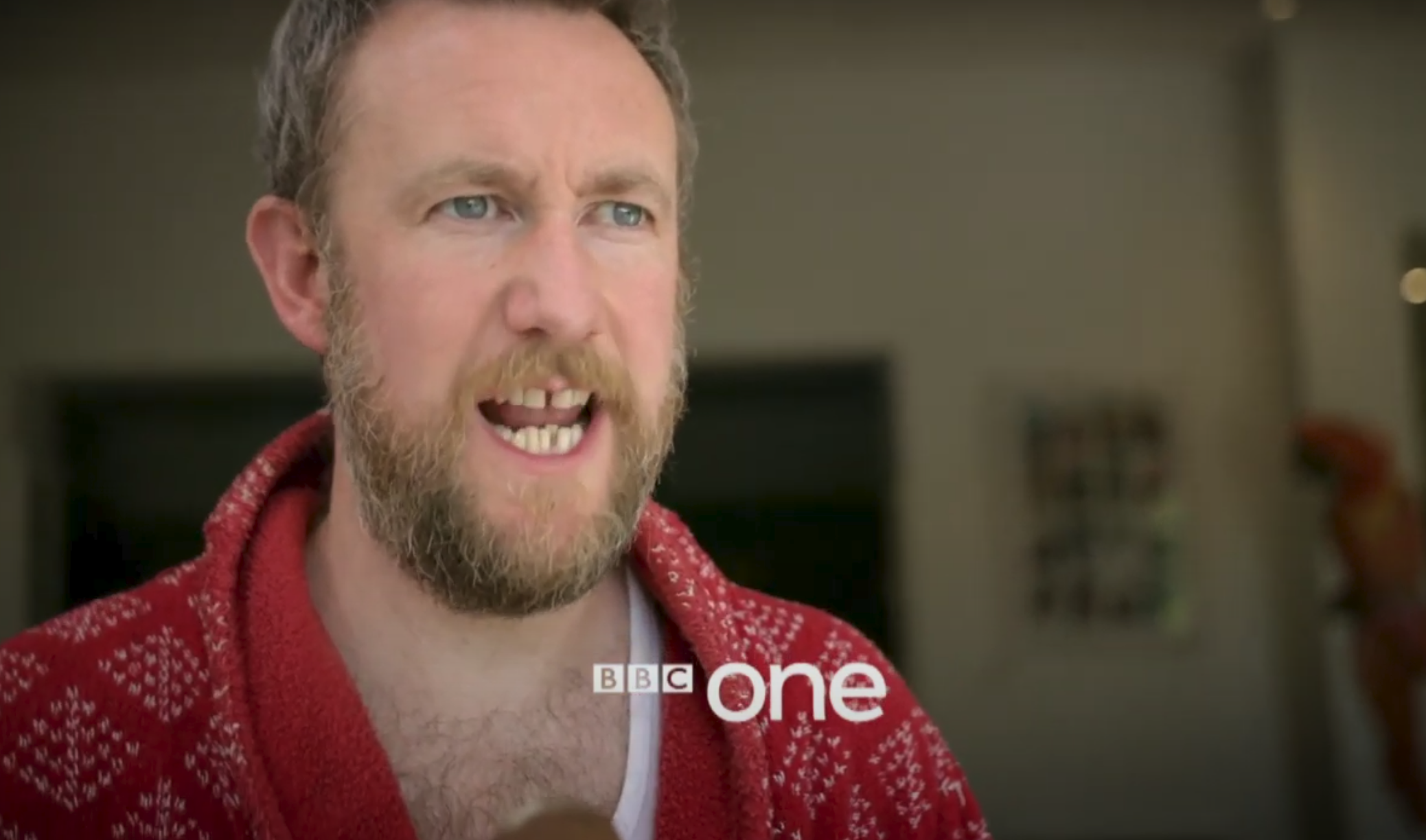 The wannabe daredevil is seen performing the jump at Hinton in the Hedges Airfield near Banbury, Oxfordshire.

He even tries to recreate his signature dance move, the robot, mid-air.

No doubt he'll show off the move on saturday when he takes to the studio floor with presenter Maya and comedian Alex and a live band.

The trio deliver chats with big name stars on primetime telly – all while socially distancing.

Maya bills it as "a festival of music, entertainment, sport and comedy" and laughs as she says it's a "very random show." 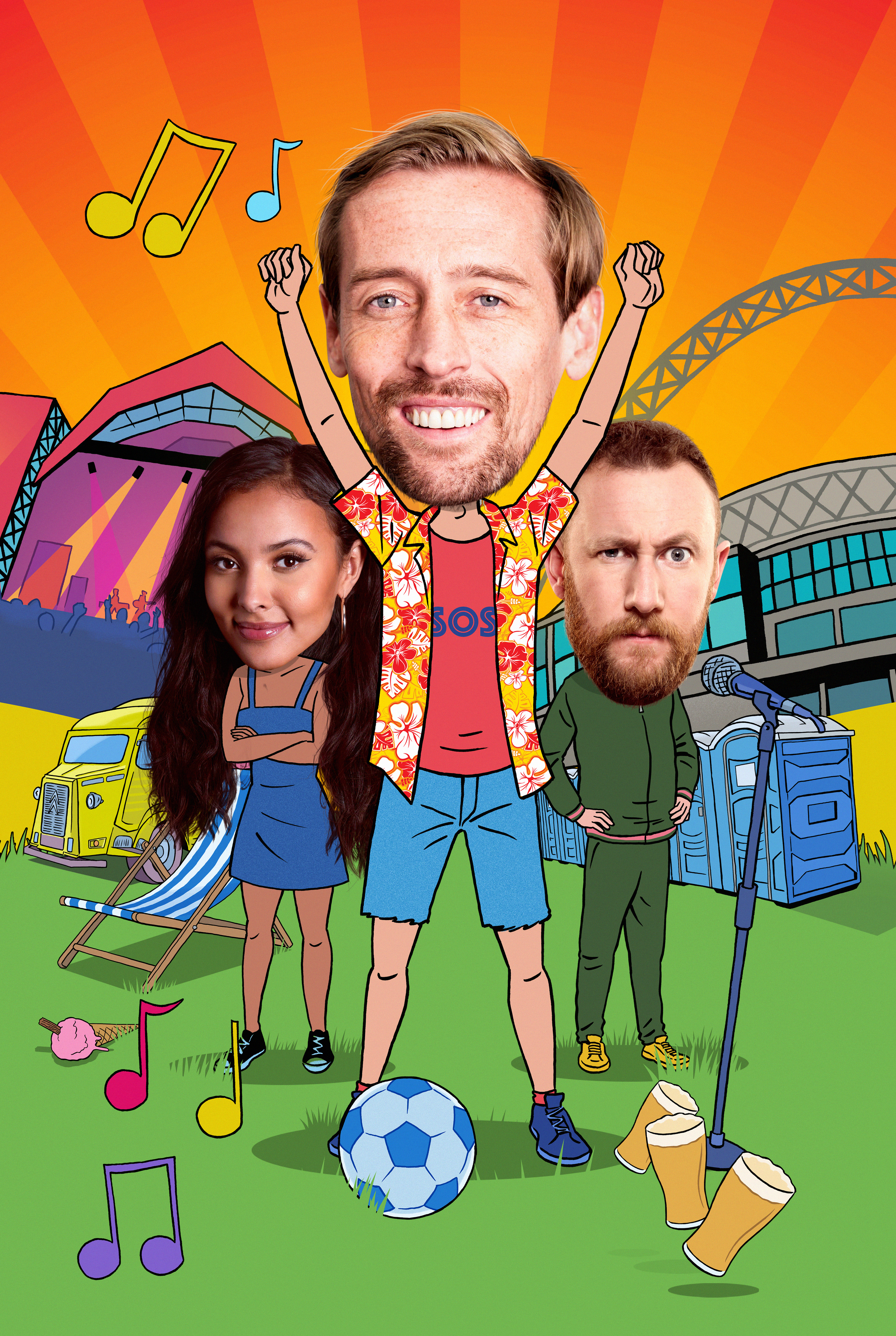 Guests even get to play football with Crouchy and are forced to do the tea bag challenge – but it's not how it sounds.

Alex adds: "In the studio you’ll see there’s a mini football pitch and a festival area, so we are playing football with Peter Crouch.

"There’s a moment in rehearsal which we might show, where the pianist proves that he is better at football than Peter Crouch, and that’s quite a moment for us."

"It’s entertaining. Sport can just be, kicking a tea bag into a cup!"

He went on: "It makes sense when you see it, because it is all the entertaining things in one place, and because we are trying to be brave during lockdown and do it in a studio with social distancing, it doesn't look that weird. We are used to speaking to each other over a fence or whatever.

"The guests are amazing, not sure why something like this hasn’t been done before."

Episode One of Peter Crouch: Save Our Summer will air at 9:15pm, BBC One, Saturday 6th June.

Tags: C, Crouch, he, Peter, reveals, was
You may also like
Recent Posts