Home
TV and Movies
Outer Banks ending explained: What happened at the end?

Outer Banks is a new teen drama series on Netflix which is full of suspense and adventure, and it follows the story of a group of friends who call themselves the ‘Pogues’. In the series, the main character John B (played by Chase Stokes) is on a mission to find out what happened to his missing father, and he calls on his friends for help. The gang gets caught in a number of traps along the way and fans were left on the edge of their seats at the end – here is everything you need to know about the final episode.

WARNING: This story contains spoilers for the end of Outer Banks

In the final episode, John B discovers what really happened to his father, after it was revealed it was his friend Sarah Cameron’s (Madelyn Cline) dad Ward (Charles Esten) who murdered him.

In a flashback, fans saw how Ward had been fighting with Big John (Charles Halford) on a boat, and they were arguing over who would get what share of the hidden treasure.

As Big John falls to the ground he hits his head, and Ward, thinking his friend is dead, pushes him overboard and makes a quick escape.

Little did he know Big John was still alive and managed to leave one final clue after he made it to shore, before dying from his wound. 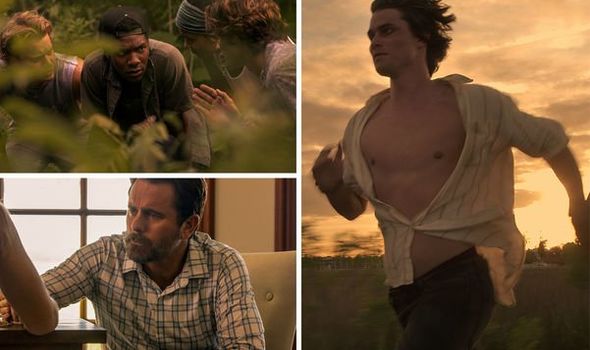 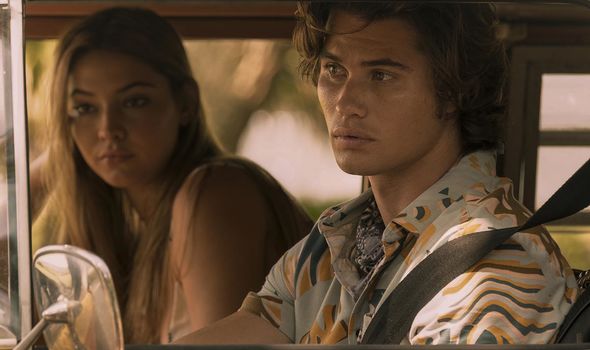 Ward tries to make an escape to the Bahamas with his family to find the treasure and orders a plane to take his family and the rest of the gold there.

But Sheriff Peterkin (Adina Porter) finds out the truth about Ward and turns up on the runway to arrest him.

Fans were left in shock as Sarah’s drug-addict brother Rafe (Drew Starkey) emerges with a gun and shoots the sheriff before she has a chance to arrest Ward.

John B manages to escape, while Rafe grabs a shocked Sarah and takes her home, and Ward calls in for backup to help the sheriff.

He tells the police department it was actually John B who killed the sheriff, and an extensive manhunt ensues, with John B and his friends trying to outrun the cops. 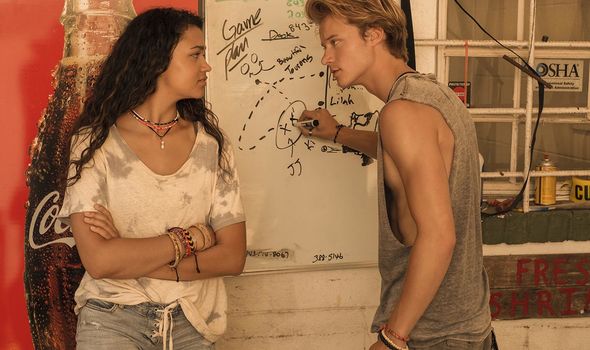 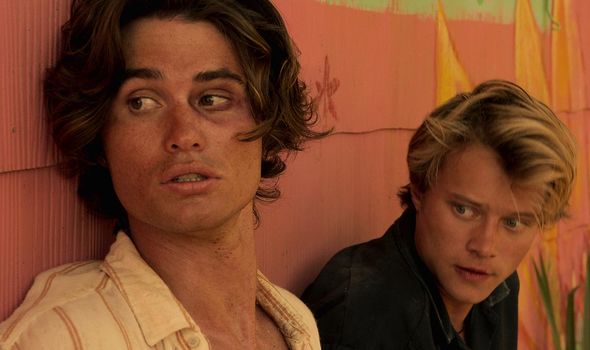 There is a serious moment of redemption when Sarah’s ex-boyfriend, Topper (Austin North), finds her and John B hiding out in an abandoned church.

He wants nothing more than to see John B go down for stealing his girlfriend from him, but John B and Sarah are not backing down.

Finally, Topper says he will prove to Sarah just how much he loves her, and fans are left wondering what his grand act will be.

There were a few tears after it was revealed he had acted as a decoy to handle the officers surrounding the church, so John B and Sarah could make their escape unseen.

One fan said on Twitter: “I would like to say, Austin North and Drew Starkey who played Topper and Rafe in Outer Banks did AMAZING jobs at playing the roles they were given because damn I hated those characters.”

Later on in the episode Kiara (Madison Bailey) realises she may actually love her friend Pope (Jonathan Daviss) who declared his love for her.

The couple share a quick kiss after they manage to help John B escape on an old boat, telling him to lay low until the hunt blows over and the truth is revealed.

Fans also got emotional watching JJ (Rudy Pankow) change his ways, realising there is more to life than money and drugs, and he breaks down in front of his friends.

Kiara gives JJ a hug and cries with him, and fans have taken to Twitter saying they would have loved to see the two characters form a relationship.

One fan said: “Low key Kiara and JJ would have been THE most interesting ship dynamic.

“Sad boy with a rough home life but a heart of gold and the rich misfit chick who conforms to none of the expected norms and is fiercely protective of the ones she loves. What a concept.”

In the final moments of the last episode Sarah catches up with John B and the pair attempt to sail away together, but a tropical storm is brewing.

The police officers spot their boat in the water and call for them to return to shore, but John B says he would rather die than go to prison for something he did not do, and he steers further into the storm.

John B hears Ward over the police intercom and takes the opportunity to tell the police what really happened, and it seems Ward finally gets his comeuppance.

Fans were not surprised when the inevitable happens and their boat capsizes after being hit by a gigantic wave, and the pair disappear under the water.

But they miraculously survived the storm and end up being rescued by a passing boat, which happens to be heading for the Bahamas, where the hidden treasure is waiting.

Outer Banks is available to watch on Netflix now