Our Girl’s Georgie Lane is back on BBC screens as Michelle resumes the role of the army for the final time. Fans of the hit series have seen the stars of the show take part in a number of explosive stunts, however, the Coronation Street star has revealed there was one frightening stunt in particular she wasn’t a fan of.

In the first instalment of the drama, Georgie was still coming to terms with the loss of her fiancé, Elvis Harte (Luke Pasqualino).

The soldier was promoted to sergeant but is still suffering from PTSD as she tries to move forward with her life.

Our Girl star Michelle has had to film some very emotional scenes from the drama as well as her fair share of stunts.

However, the actress admitted she was almost trapped in one dangerous stunt that had to film three times. 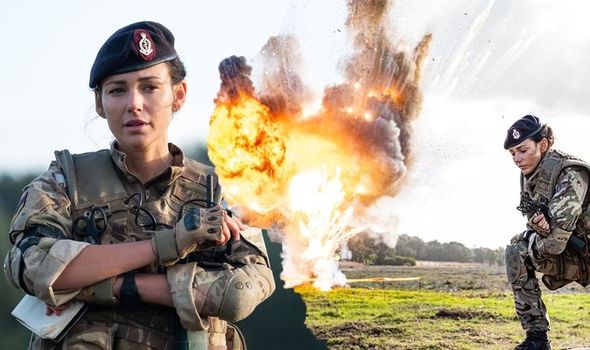 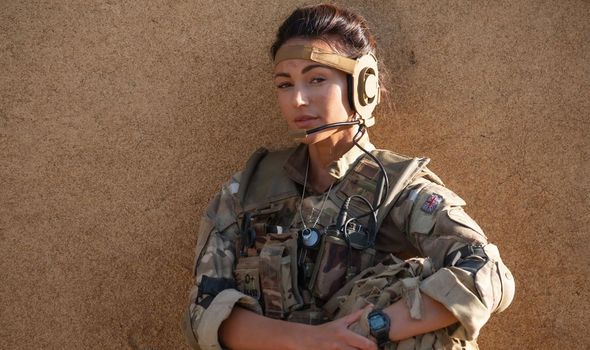 “There are also a lot of stunts. In episode one there is one with three of us in a car and that was really challenging,” she told OK! Magazine.

“We had to film it three times. Every single time I couldn’t undo my seatbelt.”

Luckily for Michelle this was the last time she will have to partake in any dangerous stunts as she announced this will be her last series. 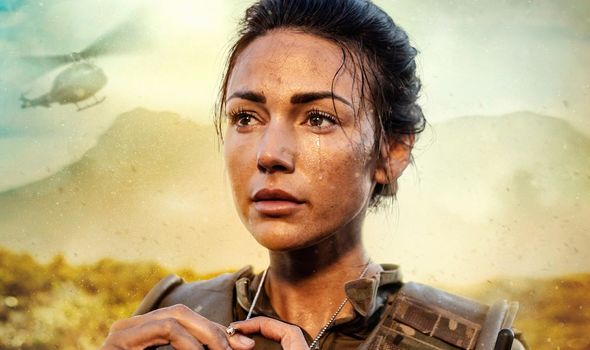 At the start of the year, the Our Girl star confirmed she would be leaving the show to spend more time with her husband Mark Wright and work on other projects.

BBC bosses have yet to confirm whether there will be a fifth series and who will replace the actress.

Michelle’s last series will see Georgie come to terms with her loss as she begins to question her future in the army.

The fourth series explores Georgie’s emotions as her section became caught up in a suicide attack in Kabul that is linked to her fiancé’s death.

The attack was targeted at Dr Bahil (Badria Timimi) and Georgie was devastated to discover the attack was organised by the same man who killed Elvis.

In tonight’s instalment, Georgie helps will a polio inoculation programme and provides security for Dr Bahil.

However, she struggles to cope with the knowledge that Elvis’ killer is still out there.

She travels with the doctor into the mountains so he can administer injections and finds herself opening up to him.

The sergeant questions why she decided to return to Afghanistan as she reflects on the painful memories the place holds for her.

While Georgie looks over Dr Bahil, the mission suddenly goes wrong and the doctor’s life is in grave danger.

As the sergeant struggles to deal with her grief, will she make a life-endangering mistake?

Our Girl continues tonight on BBC One at 9pm.