NCIS: Torres reunites with his father in ‘Sangre’ teaser

Torres (played by Wilmer Valderrama) has kept his personal life relatively under wraps during his time on NCIS. However, heading into season 18, episode 12, titled Sangre, he’s in for a surprise when father Miguel (Steven Bauer) reemerges into his life for the first time since he was a child. And while a first-look promo from CBS shows their first face to face for many years will be far from smooth sailing – especially with McGee (Sean Murray) – new snaps prove Miguel could prove to be Torres’ saviour.

Only a handful of clips and snaps from Miguel’s debut have been shared by CBS but it’s more than plenty to send excitement levels rising.

And after the episode was pushed back by a week from its April 20 air date to April 27, Valderrama took to Instagram to share another sneak-peek.

“Nothing will be the same after this Ep…” Torres teased to his 1.8 million Instagram followers. “#NCIS – on @cbstv at 8pm next Tuesday the 27th!!!”

And the photo accompanying the caption (below), which was given a sensitivity warning by the social media platform, showed a dangerous storyline heading Torres’ way. 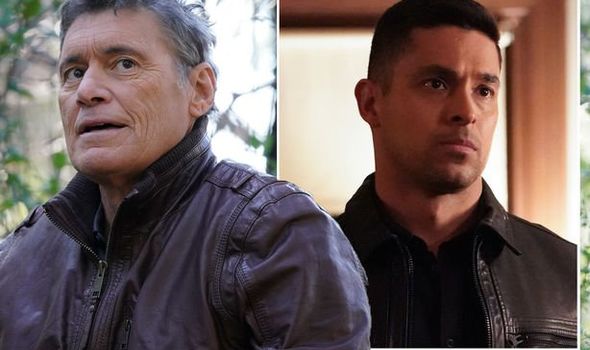 In the snap shared by the NCIS star, Torres is shown pinned to the ground with a mystery suspect on top of him.

But this isn’t just a fistfight as the man pinning Torres to the ground has a knife aimed at the agent’s throat.

Torres is doing his best to hold off the knife-wielding attacker but things certainly don’t look good.

Enter Miguel, however, as another first-look snap shared by CBS shows Miguel and Torres stood over a body. 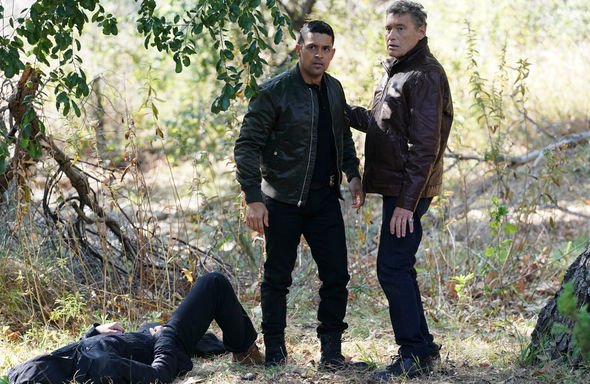 In it, Miguel has his hand on his son’s arm in what looks like a gesture to calm him down.

And lying by their feet is a body that looks an awful lot like the knifeman with a bag over his head.

Given how close Torres was to becoming the victim of a fatal attack, it looks like Miguel will arrive just in time to save the day.

But has Miguel killed the knifeman in an attempt to save his son’s life? 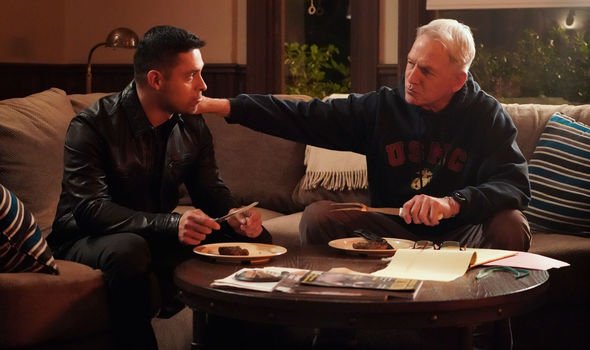 And if he has, will Torres have no choice but to slap the handcuffs on his own father after all these years of being apart?

Speaking about working with Bauer and welcoming Torres’ dad into the picture, Valderrama was full of admiration for his co-star.

In fact, he told TV Line the two had worked together previously on an unaired pilot many years ago and thus have had a strong relationship for years.

“We light the screen on fire together,” he added to the publication before going on to discuss another fatherly moment fans can expect.

As the next episode comes to its climax, Torres will seek out Gibbs (Mark Harmon) who’s currently suspended from his job.

And it’s bound to be a tearjerker as Valderrama opened up on how much of a “father figure” Gibbs has been to Torres in Miguel’s absence.

“For a time, Torres had no real direction as he was just going from mission to mission, and Gibbs gives him a family, one like he never had,” Valderrama said.

“To be honest, Gibbs in the past couple of years has been more of a father to Torres than anybody else.”