Home
TV and Movies
Monty Don: Gardeners’ World host opens up on career struggles ‘No one to talk to’

During the first episode of season one of the BBC Gardeners’ World Magazine podcast, Monty sat down with the Editor of the magazine, Lucy Hall, to talk all things gardening; from how it helps his mental and physical health to how his career in horticultural first started. Plus, what he’s learning as he gets older and wiser. During one segment, Monty spoke about how gardening was not a popular hobby back in the 70s and 80s and as a result, he had no one to share his passion with.

“Back in 1971, 1972, I literally didn’t know another human being who was interested in gardening other than my two brothers.

“Nobody of my age had any interest whatsoever. Gardening in the media and commercially simply wasn’t geared to people who didn’t have their own gardens, it was a grown-up activity in every sense of the word, unless you were a botany geek and I was never that,” he added.

“It was gardening that I liked – growing things – I came to gardening through soil, not through plants. 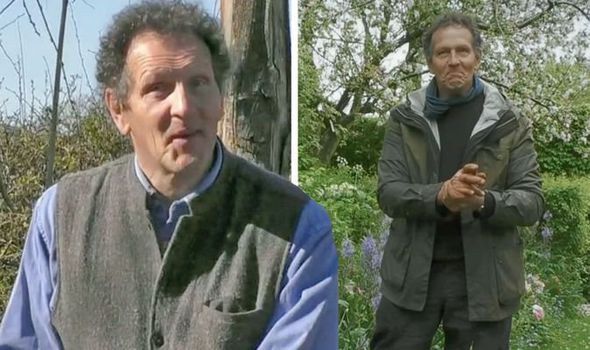 “It wasn’t until I met Sarah [his wife], that I met a kindred spirit who I could even talk to about this!

“What it did enable me to do, through my student years, I worked as a gardener to earn money,” the presenter continued. “All the time I was at university, every Saturday, I worked…this was not glamorous…but I had to confidence to do that.”

Lucy asked: “But it was a solitary pursuit and I feel that possibly changed when you met Sarah – when did it flip for you from being that solitary inner world to maybe something outer?”

“I don’t think it ever has,” Monty replied. “I think gardening is most important to me as a solitary activity. 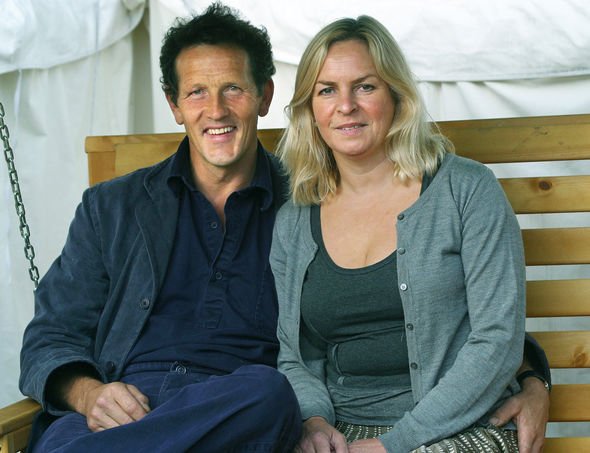 “I’ve always said, slightly provocatively, I am an amateur gardener, and what I mean by that is, I am proud and want to preserve my independence from any kind of profession or institution.

“I garden primarily for myself and my family,” he commented.

“Now, meeting Sarah, was wonderful because it was a kindred spirit, someone who I could speak the same language and we very quickly we would go and visit gardens together, something we would do in our 20s. But nobody else did.

“In the 80s, how many 23/24 year old would visit National Trust gardens, not many and if they were, they weren’t there the same days as us!

“We worked really hard, we didn’t have a lot of time for at least half the year, but the half the year we could garden, March through to October, we spend every spare minute in it, Sundays we never left the garden.

“The garden and the house would be a complete tip, there would be wheelbarrows in the kitchen!” the gardener explained.

“And we never shared that, it was not a communal thing, it was ours and then we would go out into our fashion world and we’d never talk about the garden because there as no one to talk to.

“We weren’t being secretive. It was just not widely shared,” Monty remarked.

Monty has presented Gardeners’ World since 2003 and from 2011 the programme has been filmed from his own garden, Longmeadow, in Herefordshire.

Initially, Monty and his wife Sarah set up and ran a fashion jewellery business, which had considerable success.

But with his television and writing career was taking off, they closed the business in 1990.