Home
TV and Movies
Monsters at Work: Disney/Pixar Has a Green New Deal with Laughter as the Energy Source

In the new Disney+ animated series, “Monsters at Work” (streaming July 7), Disney/Pixar offers its own version of the Green New Deal with laughter replacing scares as the energy source. The sequel to Pixar’s “Monsters, Inc.,” produced by Disney Television Animation, picks up where the original Pete Docter-directed feature left off by exploring the difficult transition, with Mike (Billy Crystal) and Sulley (John Goodman) now in charge of the power plant.

Enter Tylor Tuskmon (Ben Feldman), a promising Scare graduate of Monsters University, who gets transferred to the Monsters, Inc. Facilities Team (MIFT). And therein lies the conflict: How does he pivot from Scarer to Jokester while working in the basement as a maintenance expert?

“Our original concept was to start six months after [the transition], but it’s more interesting to deal with it during the switch, and then having a character who has prepared to be a Scarer all of his life and has idolized Sulley and has to change the moment he gets hired,” said executive producer and show developer Bobs Gannaway (“Planes: Fire & Rescue”).

“This underdog situation becomes relatable. Watching Tylor struggle with this situation was appealing. I wanted to get the audience invested in this character before we start the plot, which is getting assigned to MIFT, where he must work alongside a misfit bunch of mechanics while training to be a Jokester with Mike,” he said.

The new cast includes Mindy Kaling as Val Little, an enthusiastic mechanic at MIFT; Henry Winkler as Fritz, the paternal, Tapir-like boss of MIFT; Lucas Neff as Duncan, a conniving plumber; and Alanna Ubach as Cutter, a crab-like conformist. 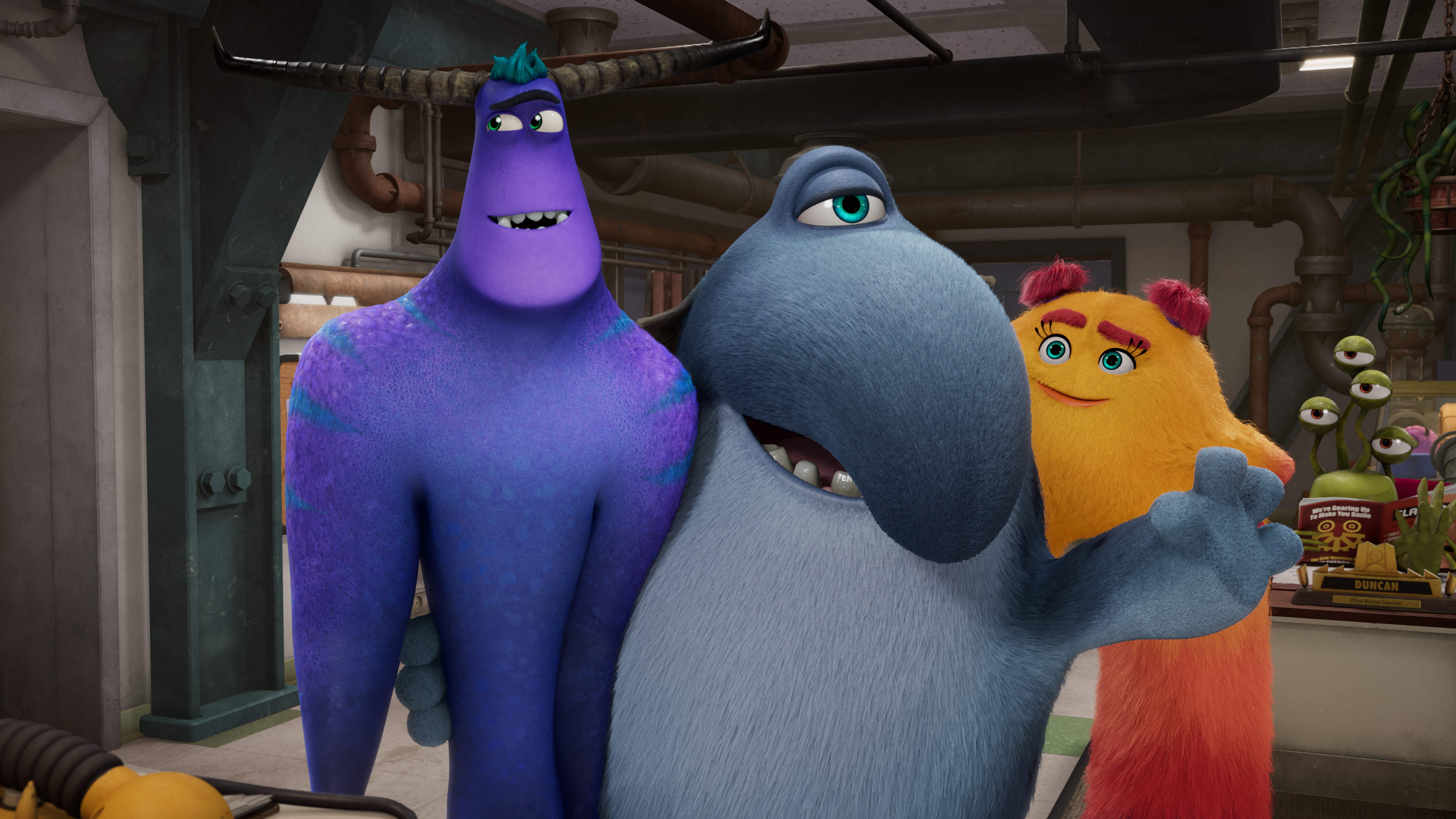 “When we were first thinking about the show, Pete [Pixar’s chief creative officer] referred to MIFT as ‘the monsters behind the monsters,’” added Gannaway, who works alongside producer Sean Lurie (Disney’s “Inner Workings” short), and supervising directors Kat Good (“Big Hero 6 The Series”) and Steve Anderson (Disney’s “Meet the Robinsons”).

“Pixar was very generous in supplying us with all the development art from [‘Monsters, Inc.’ and ‘Monsters University’] to dig through to find anything that was unused. A good example is the MIFT cart, which was an abandoned design from the original film,” Gannaway said.

“The other thing that Pete did for us was he said go have fun in the world,” the Disney vet continued. “He said spend time with your new characters when creating the new world.” As part of the research, Gannaway and the team visited a power plant to understand how power is generated and distributed along with the daily activities of the workers. Then, as part of the world building, they first decided to place MIFT outside of the power plant until Brett Nystul (“Minions: The Rise of Gru”), the head of visual development, suggested they move them to the basement. 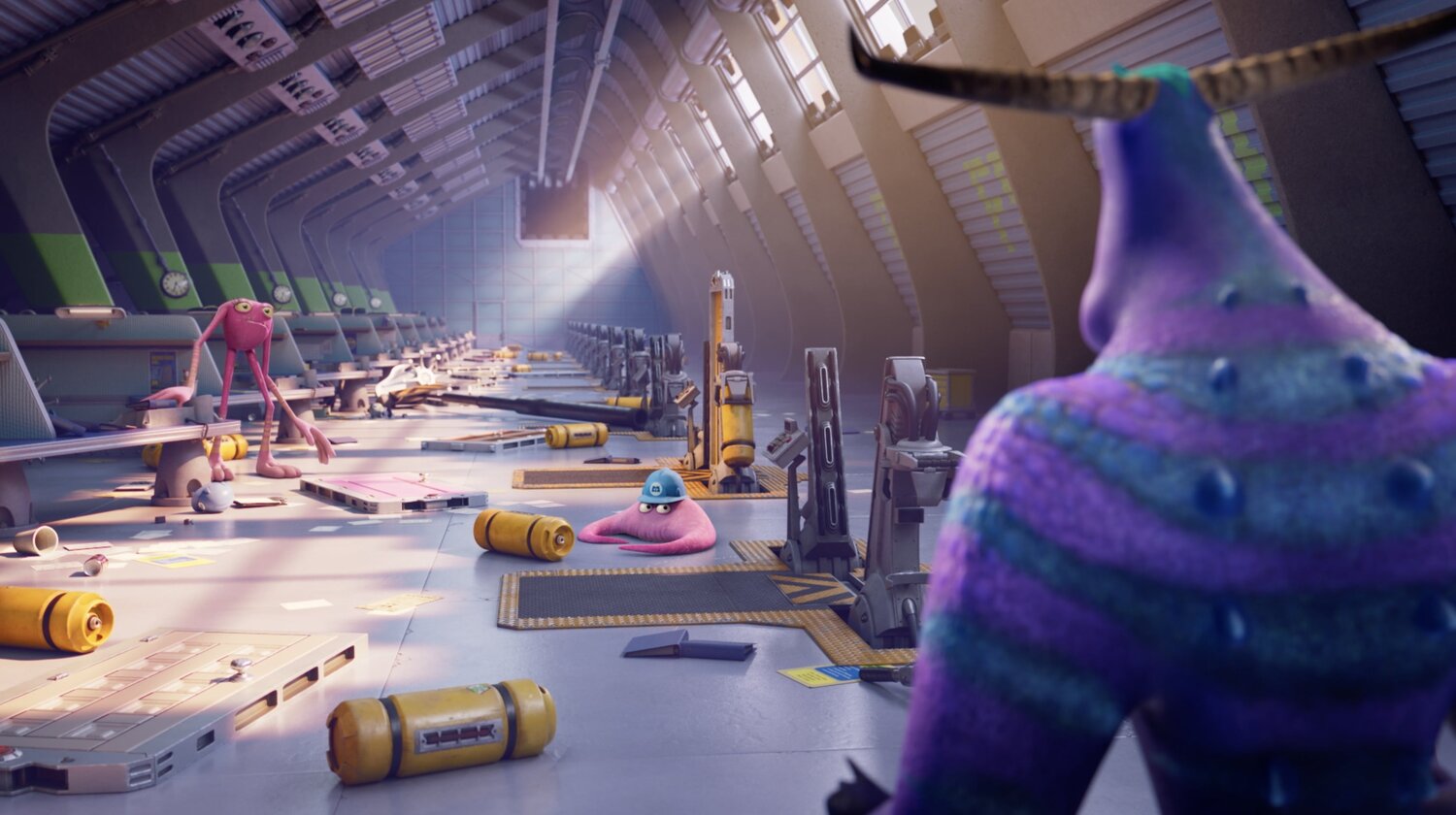 “At first I was resistant, but then I realized that it was the right choice,” Gannaway said. “It’s kind of like going to the secret tunnels under Disneyland. But we didn’t want to make it dark and depressing. We wanted to make sure that it had a scale to it. And who knows how old Cutter is? But she must know where all the bodies are buried. So coming up with that group down there was important.”

The animation, meanwhile, was outsourced to Icon Creative Studio (“Supernatural Academy”) in Vancouver as the quickest and most efficient solution. “The creative elevation didn’t stop with us,” said Gannaway. “There’s a background gag in the locker room where a monster sprays deodorant in its mouth, which they came up with, that wasn’t storyboarded.”

One of the most creative aspects was developing the issue of training monsters to understand what makes human children laugh. “There’s a misinterpretation of comedy,” said Gannaway. “There’s a comedy class where Mike brings out a whoopee cushion and the monsters don’t understand how it works. And there’s another where Mike tries to explain how a Knock Knock joke works, and the monsters can’t understand why he’s knocking and saying who’s there when they can see who’s there.”

But the series has to work around the appeal of Tylor, in which voice actor Feldman (“Superstore”) provides a sensitive portrayal in contrast to his monstrous appearance with giant tusks. “It’s about him falling in love with these misfit mechanics but still dreaming of becoming like his idol, Sulley,” Gannaway said. “But now he has to learn how to be a Jokester.”

Tags: Animation, Disney Plus, Monste
You may also like
Recent Posts